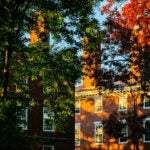 Scholars and students greeted Claudine Gay’s election as Harvard’s next leader with joy and praise on Thursday. An accomplished political scientist and the Edgerley Family Dean of the Faculty of Arts and Sciences since 2018, Gay will become the University’s 30th president in July.

“I’m absolutely thrilled,” said Michael D. Smith, the John H. Finley Jr. Professor of Engineering and Applied Sciences and a Distinguished Service Professor at Harvard University. Smith was Gay’s predecessor as FAS dean. “Claudine is a natural leader, strategic thinker, and someone who senses the important issues and trends just over the horizon, as I witnessed daily when we worked together. And she cares deeply about every person in our unique community. Her energy, intellect, integrity, and good humor will serve this Harvard community so well.”

Many faculty members and University leaders took to their social media accounts to congratulate Gay and Harvard. Michelle Williams, dean of the faculty at the Harvard T.H. Chan School of Public Health and the Angelopoulos Professor in Public Health and International Development, said: “Dr. Claudine Gay is a strong leader, brilliant thinker, and wonderful person. Her selection as Harvard’s next president is excellent news for the institution’s future, and I look forward to seeing her impact.”

Annette Gordon-Reed, Carl M. Loeb University Professor and a Pulitzer Prize-winning historian, reacted with a “Yessss!!!!” on her Twitter account. Reached by email, Gordon-Reed said, “I’m ecstatic. She is exactly the person we need going forward.”

The renowned constitutional scholar Laurence Tribe was of the same mind. “Great news for Harvard and for higher education: Our new president will be Claudine Gay, a brilliant scholar and inspiring leader, Harvard’s second female president and its first president of color,” he said. “As Dean of Arts and Sciences since 2018, she has already made a historic mark.”

For many Black students, the moment was thrilling and inspiring. Anna Gifty Opoku-Agyeman, a Harvard Ph.D. candidate, said that group chats among Black students were blowing up in the moments after the announcement of Gay’s election. Many wows and whoas greeted the news.

“My initial reaction was shock,” Opoku-Agyeman said in a phone interview. “My next reaction was: Dr. Gay is a great choice because a lot of her work is focused on uplifting vulnerable populations, and I know she’s going at least attempt to do that during the tenure. And of course, she just made history. She is the first person of color ever to preside over Harvard. It just is a lot of joy and I know other people share in my joy as well.”

“Claudine Gay is an excellent choice for Harvard’s next president,” McClain wrote in an email. “She is not only a superb scholar of political behavior and race, ethnicity, and politics, and someone who believes in and requires excellence and knows that diversity and excellence go hand-in-hand, but she is also a deft administrator. She pushed forward a number of initiatives as dean of the faculty and has handled a number of difficult situations in the process.”

Reshma Saujani is the founder and CEO of Girls Who Code and serves on Harvard’s Board of Overseers. On her Twitter account, she made no effort to hide her bliss. “I’ve never been prouder of this institution than I am today,” she wrote. “President-elect Claudine Gay is one of the most brilliant women I have ever met. She’s also one of the kindest.” 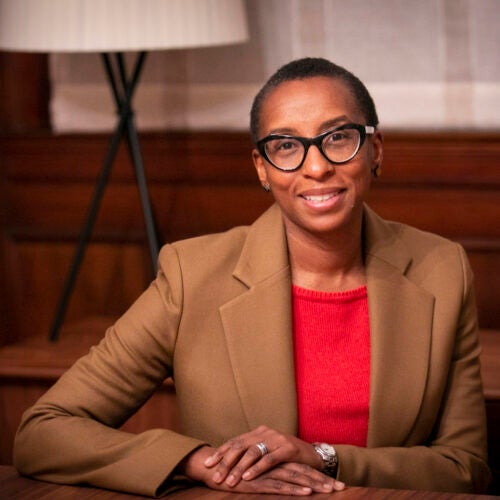 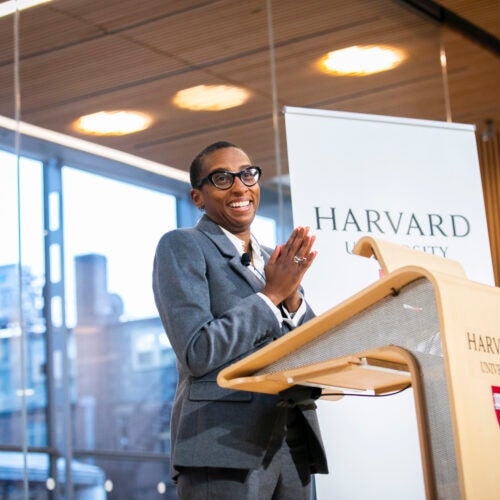 ‘I love this place’

Claudine Gay details her own past at Harvard, plans for future after being named 30th president