Hollister to step down as University CFO 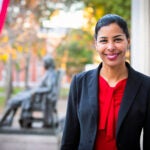 Thomas J. Hollister, Harvard’s chief financial officer and vice president for finance, announced Thursday that he will step down and retire at the end of the academic year. Since his appointment as Harvard’s top financial officer in 2015, Hollister has led the stewardship of the University’s resources through economic expansion, uncertainty, and crisis.

President Larry Bacow, noting that he has known Hollister for more than 20 years, referred to him as a “phenomenal mentor, a thoughtful adviser, and an extremely sophisticated financial strategist.”

“His understanding of priorities across the University, both at the center and in the Schools, has advanced his work with the Corporation and other leaders. He has positioned us well for the future,” Bacow said. “This was especially true at the onset of the pandemic, when unprecedented challenges upended many of our assumptions and notions. Now, in large part due to Tom’s leadership, we are positioned to invest in areas that are central to our mission and our values — from addressing the challenges of climate change, to furthering our community-focused efforts in Allston, to removing barriers to educational and economic opportunity. We’ve been tremendously fortunate to have benefited from his knowledge and wisdom.”

Hollister positioned Harvard to remain agile and resilient amid the unprecedented challenges brought on by the pandemic. Drawing from lessons learned from Harvard’s financial management in the Great Recession, he led recession planning with finance teams across the University to ensure Harvard was prepared to weather future economic downturns. This planning proved vital in 2020 and 2021, when University finances were impacted by the move to largely remote operations. Despite facing substantial revenue losses, Schools and units were able to deploy strategies that supported academic progress for students, faculty, and researchers and advanced other mission-focused priorities.

“Now, in large part due to Tom’s leadership, we are positioned to invest in areas that are central to our mission and our values — from addressing the challenges of climate change to furthering our community-focused efforts in Allston to removing barriers to educational and economic opportunity.”
— Larry Bacow, Harvard president

“The impact of Tom’s collaborative and thoughtful leadership through one of the most challenging economic periods for Harvard, higher education, and our nation can’t be overstated,” said Meredith Weenick, Harvard’s executive vice president.

“From the time he came into the CFO role, Tom brought an intentional focus to deepening understanding across our community of the University’s finances, building consensus around collective institutional priorities, and laying the foundations for long-term financial sustainability. That was no more apparent than in the collaborative approach he took to recession planning to ensure Harvard was well-positioned to weather the next big economic crisis,” Weenick said. “That crisis came sooner than many of us thought, with the COVID-19 pandemic, but the steps mapped out in the process he led were central to Harvard’s ability to ensure the academic progress of our students and continuity of research, while also continuing to invest in key long-term mission-focused priorities such as financial aid, program development, and important capital projects.”

Harvard treasurer Paul Finnegan described Hollister as an exceptional leader who has improved financial oversight of the University and strengthened the relationship between the center and the Schools.

“The impact of Tom’s collaborative and thoughtful leadership through one of the most challenging economic periods for Harvard, higher education, and our nation can’t be overstated.”
— Meredith Weenick, Harvard’s executive vice president

“Over the years I have had the opportunity to work with a good number of chief financial officers in both the private and public sectors. Tom is easily one of the best. His calm command of the numbers has been a comfort to all of us. Tom’s impact on the financial oversight of the University has been extraordinary and the relationship between the center and Schools has never been stronger. Above and beyond all of that, Tom is a wonderful person. It has been an honor to work closely with him,” Finnegan said.

Prior to joining Harvard, Hollister served as chair and president of Citizens Bank of Massachusetts, chair and president of Charter One Bank, vice chair of Citizens Financial Group, and chief operating officer and chief financial officer of Global Partners. He also served as board chair of Tufts Medical Center, Wheaton College, and the Greater Boston Chamber of Commerce.

“It has been an incredible privilege to serve the University and to play a role in such a pre-eminent teaching and research institution, an extraordinary force for good in our world,” said Hollister.

Weenick said the process is underway in the search for Hollister’s successor. As part of that process, an executive search firm and advisory committee will be announced in the coming weeks.