When our cells turn against us 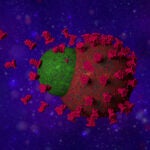 Excerpted from “The Song of the Cell: An Exploration of Medicine and the New Human” by Siddhartha Mukherjee, M.D. ’00.

In November 2017, I watched my friend Sam P. die because his cells had rebelled against his body.

Sam had been diagnosed with a malignant melanoma in the spring of 2016. The cancer had first appeared as a coin-shaped mole, purple-black with a halolike aureole, near his cheek. His mother, Clara, a painter, had first noticed it during a late-summer vacation on Block Island. She had cajoled — and then begged and threatened — him to have it examined by a dermatologist, but Sam was a busy, active sportswriter for a big newspaper, with little time to worry about a pesky spot on his cheek. By the time I saw and examined him in March 2017 — I was not his oncologist, but a friend had asked me to look at his case — the tumor had grown into a thumb-sized, oblong mass, and there was evidence of a metastasis in his skin. When I touched the growth, he winced in pain.

It is one thing to encounter a cancer, it is quite another to bear witness to its mobility. The melanoma had begun to travel across Sam’s face toward his ear. If you looked closely, it had marked its progression like a ferry moving across the water, leaving a wake of stippled, purple dots behind it.

Even Sam, the sportswriter who had spent his life learning about speed, motility, and agility, was astonished by the pace of the melanoma’s progression. How, he asked me insistently — how, how, how — had a cell that had sat perfectly still in his skin for decades suddenly acquired the properties of a cell capable of careening along his face while also dividing furiously?

But cancer cells don’t “invent” any of these properties. They don’t build anew, they hijack — or, more accurately, the cells that are fittest for survival, growth, and metastasis are naturally selected. The genes and proteins that cells use to generate the building blocks required for growth are appropriated from the genes and cells that a developing embryo uses to fuel its fierce burst of expansion during the first days of life. The pathways used by the cancer cell to move across vast bodily spaces are commandeered from those that allow inherently mobile cells in the body to move. The genes that enable unfettered cell division are distorted, mutated versions of genes that allow cell division in normal cells. Cancer, in short, is cell biology visualized in a pathological mirror. And as an oncologist, I am, first, a cell biologist — except one who perceives the normal world of cells reflected and inverted in a looking glass.

In late spring 2016, Sam was prescribed a medicine to turn his own T cells into an army to fight the rebel army that was growing in his body. Consider this thought: for years, perhaps decades, Sam’s melanoma and his T cells had coexisted, essentially ignoring each other. His malignancy was invisible to his immune system. Millions of his T cells had brushed past his melanoma every day and just moved on, bystanders that had turned their faces away from a cellular catastrophe.

The drug that Sam had been prescribed would hopefully uncloak the tumor’s invisibility and make his T cells recognize the melanoma as a “foreign” invader and reject it, much as T cells reject microbe-infected cells. The passive bystanders would become active effectors. We were engineering the cells in his body to make visible what had previously been invisible.

The discovery of this “uncloaking” medicine was the culmination of radical advances in cellular biology that date back to the 1950s: an understanding of the mechanisms used by T cells to discriminate the self from the nonself, the identification of the proteins that these immune cells use to detect foreign invaders, the uncovering of pathways by which our normal cells resist being attacked by this detection system, the way cancer cells co-opt it to make themselves invisible, and the invention of a molecule that would strip the malignant cells of their cloak of invisibility — each insight, built atop an earlier insight and each dug by cell biologists out of hard, cold earth.

Almost immediately after Sam began his treatment, a civil war unfolded in his body. His T cells, shaken awake to the presence of the cancer, were pitched against his malignant cells, their vengeance provoking further cycles of vengeance. The crimson boil on his cheek turned hot one morning because the immune cells had infiltrated the tumor and unleashed a cycle of inflammation; then the malignant cells folded camp and left, leaving smoldering, dying campfires. When I saw him again a few weeks later, the oblong mass and the stipples behind it had vanished. Instead, there was just the dying remnant of a tumor, shriveled like a large raisin. He was in a remission.

We shared a coffee to celebrate. The remission had not just changed Sam physically; it had charged him psychologically. For the first time in weeks, I saw the creases of worry in his face relax. He laughed.

But then things turned: April 2016 was a cruel month. The T cells that attacked his tumor turned on his own liver, provoking an autoimmune hepatitis, an inflammation of the liver that could barely be controlled with immune-suppressive drugs. In November, we discovered that the cancer — in remission just weeks prior — had battened to his skin, muscles, and lungs, hidey-holing in new organs and finding new niches to survive the attack of his immune cells.

When she was around six, Emily Whitehead was Patient No. 7, treated at the Children’s Hospital of Philadelphia (CHOP).  In May 2010, Emily had been diagnosed with acute lymphoblastic leukemia (ALL). Among the most rapidly progressive forms of cancer, this leukemia tends to afflict young children.

The treatment for ALL ranks among the most intensive chemo regimens ever devised: seven or eight drugs given in combination, some injected directly into the spinal fluid to kill any cancer cells hiding in the brain and spine. Although the collateral damage of the treatment — permanent numbness in the fingers and toes, brain damage, stunted growth and life-threatening infections, to name just a few — can be daunting, the treatment cures about 90 percent of pediatric patients. Unfortunately, Emily’s cancer fell in the remnant 10 percent, proving unresponsive to standard therapy. She relapsed 16 months into treatment. She was listed for a bone marrow transplant — the only option for a cure — but her condition worsened while she awaited a suitable donor.

“The doctors told me not to Google” her chances of survival, Emily’s mother, Kari, told me. “So, of course, I did that right away.”

What Kari found on the web was chilling: of the children who relapse early, or relapse twice, almost none survive. When Emily arrived at Children’s Hospital in early March 2012, nearly every one of her organs was packed with malignant cells. She was seen by a pediatric oncologist, Stephan Grupp, a gentle, burly man with an expressive, ever-moving mustache, and then enrolled in a clinical trial.

Emily’s trial involved infusing her body with her own T cells. But these T cells had to be weaponized, via gene therapy, to recognize and kill her cancer. Unlike Sam, who had received drugs to activate immunity inside his body, Emily’s T cells had been extracted and grown outside her body. This form of treatment had been pioneered by the immunologist Michel Sadelain at the Sloan Kettering Institute in New York and by Carl June at the University of Pennsylvania, building on earlier work by the Israeli researcher Zelig Eshhar.

The infusions, which took place over three days, were largely uneventful. Emily sucked on an ice pop while Dr. Grupp dripped the cells into her veins. In the evenings, she and her parents went to stay with an aunt who lived nearby. The first two nights, she played games and got piggyback rides from her father. On the third day, though, she crashed: throwing up, and spiking an alarming fever. The Whiteheads rushed her back to the hospital. Things rapidly spiraled downward. Her kidneys failed. Emily drifted in and out of consciousness, verging on multi-organ system failure.

“Nothing made sense,” her father, Tom, told me. His daughter was moved to the intensive care unit, where her parents and Grupp kept an all-night vigil.

Carl June, the physician-scientist who was also treating Emily, told me candidly, “We thought she was going to die. I wrote an e-mail to the provost at the university, telling him that one of the first children with the treatment was about to die. The trial was finished. I stored the e-mail in my out-box but never pressed Send.”

The lab technicians at Penn worked overnight to determine the cause of the fever. They found no evidence of infection; instead, they found elevated blood levels of molecules called cytokines — signals secreted during active inflammation. In particular, levels of a cytokine known as interleukin 6 (IL-6) were nearly a thousand times normal. As the T cells killed the cancer cells, they were releasing a storm of these chemical messengers, like a rioting crowd disgorging inflammatory pamphlets on a rampage.

By a strange twist of fate, however, June’s own daughter had a form of juvenile arthritis, an inflammatory condition. He knew about a new drug, approved by the US Food and Drug Administration (FDA) just four months earlier, that blocks IL-6. As a last-ditch effort, Grupp rushed an application to the hospital pharmacy requesting permission to use the new therapy off-label. The board granted its approval for the IL-6–blocking drug that evening, and Grupp injected Emily with a dose in the ICU.

Two days afterward, on her seventh birthday, Emily woke up. “Boom,” Dr. June said, waving his hands in the air. “Boom,” he repeated. “It just melted away. We did a bone marrow biopsy 23 days later, and she was in a complete remission.”

“I have never seen a patient that sick get better so quickly,” Grupp told me.

The deft management of Emily’s condition — and her startling recovery — saved the field of cell therapy. Emily Whitehead remains in that deep remission to this day. No cancer is detectable in her marrow or her blood. She is considered cured.

“If Emily had died,” June told me, “it’s likely that the whole trial would have been shut down. It would have set back cellular therapy perhaps a decade or even longer.”

As I watched the advance and retreat of Sam’s illness, and the remarkable recovery of Emily Whitehead, I knew that I was also observing the birth of a kind of medicine in which cells were being repurposed as tools to fight illness — cellular engineering. But it was also the replay of a centuries-old story. We are built out of cellular units. Our vulnerabilities are built out of the vulnerabilities of cells. Our capacity to engineer or manipulate cells (immune cells, in both Sam’s and Emily’s cases) has become the basis of a new kind of medicine — albeit a kind of medicine that is still in midbirth. If we knew how to arm Sam’s immune cells more effectively against his melanoma without unleashing the autoimmune attack, would he be alive today, spiral notebook in hand, writing sports pieces for a magazine?

Copyright 2022 by Siddhartha Mukherjee, M.D. Reprinted by permission of Scribner, an imprint of Simon & Schuster, Inc. 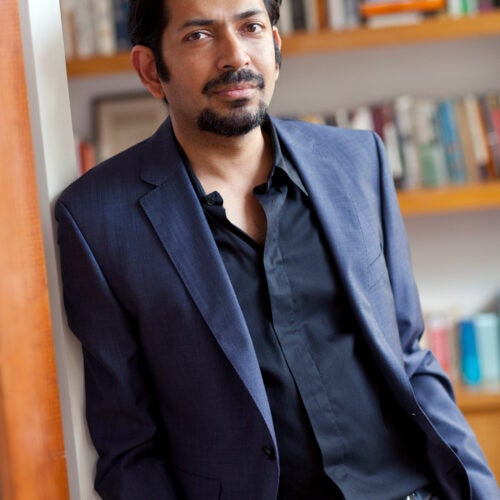 Siddhartha Mukherjee on Aristotle, COVID, and the ‘new human’

Pulitzer Prize-winning physician-author returns with ‘Song of the Cell’