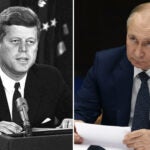 In Harvard visit, ‘Fault in Our Stars’ novelist urges action over despair

Bestselling author John Green told a true story of recklessness and suffering Friday as a way of urging his Harvard audience to rise to “the biggest shared challenge facing the human species”: climate change.

Green, who rose to fame with the 2012 publication of his young adult novel “The Fault in Our Stars,” a moving tale of two teenage cancer patients who fall in love, is a social media star with millions of followers on TikTok, Instagram, and YouTube. A long line of fans snaked across the Yard outside Memorial Church before the doors opened.

The Rev. Matthew Ichihashi Potts, Pusey Minister in the Memorial Church and Plummer Professor of Christian Morals in the Faculty of Divinity, introduced Green by highlighting his work as a writer, public thinker, and philanthropist. The author supports numerous charities and serves on the board of trustees of Partners In Health.

In a talk titled “How the World Ends,” the first of the William Belden Noble Lecture series, which will examine moral and ethical questions surrounding climate change, Green lamented the state of the world and humans’ role in the crisis.

“One of the great ironies of humans worrying so much about our apocalypse is that we often forget that for many species, we are the apocalypse,” said Green. “We’re not the first species to become so powerful on Earth that we muck up the climate and threaten the planet’s biodiversity by altering its atmosphere, but we’re the first species to know what we’re doing while we do it. We’re the first catastrophic life form to understand that we are catastrophic.”

But climate change is not the only threat to the planet, Green noted. Poverty is not natural or inevitable, he said. He bemoaned the 4 million children who will die this year before reaching age 5 due to poverty-related diseases such as diarrhea, malaria, and tuberculosis, and the heightened vulnerability of poor people to global-warming-related natural disasters.

“I don’t believe climate change will herald the end of the world, but in a way if we don’t respond aggressively to the challenge, while simultaneously building more just and inclusive systems, I think what’s coming could be worse than a mere apocalypse,” said Green, whose talk was interrupted several times by applause.

A graduate of Kenyon College, Green spent six months as a student chaplain at a children’s hospital, an experience that helped shape “The Fault in Our Stars.” He said he takes inspiration from Jesus’ teachings and commitment to the poor. His work, he said, is driven by hope. He encouraged the audience to find ways to change the world.

“I do not need to tell the many of you in this sanctuary working to bring about a more just world through activism, education, and solidarity that such work is messy and complex and full of frustrations and heartbreaks and too often incremental change, but that is truly, so far as I understand it, the Lord’s work, and for me anyway a path, the only path I’ve found to encountering the divine,” he said.

Asked how to respond to the fear of living in a world on the brink of collapse, Green urged the audience to resist being consumed by “apocalyptic anxiety.”

“It’s very easy to be paralyzed by fear,” he said. “It’s important to be afraid, but also important is not to despair … I cannot imagine what it is like for you all to live through this difficult period of human history as young people, but even so I think despair never tells the full human history.”