Want more diversity in corporate America? Get rid of some programs 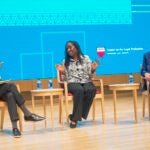 No C-suite is an island

Progress on race and gender diversity in the management ranks of corporate America has stalled. The reliance of business leaders on diversity and harassment training, informal mentorship programs, and other initiatives aimed at improving the situation is not working and may, in fact, be hurting those efforts, according to a new book by Harvard sociologist Frank Dobbin. “Getting to Diversity,” co-written by Alexandra Kalev, an associate professor of sociology and anthropology at Tel Aviv University, builds on insights from more than 15 years of data-driven research on the topic. Dobbin, Henry Ford II Professor of the Social Sciences and Sociology Department chair, spoke with the Gazette about what companies can do to fix their diversity issues. The interview was edited for length and clarity.

GAZETTE:  “Getting to Diversity” builds on a 2020 paper you wrote with Professor Kalev on problems with sexual harassment programs. Did that work help you see patterns that were applicable more widely?

DOBBIN:  In that paper, we were focused generally on a few practices and tried to see a pattern in what kinds of things work and what kinds of things don’t. In this book, we have done a lot of new analyses and incorporate a lot of new interviews. We have a much clearer picture of why we’re seeing certain patterns in the effects of different kinds of practices. The big picture is really that diversity training programs that are designed to alert people to their own biases and point out that acting on those biases are against the law tend to backfire. That’s partly because people react negatively to them, especially managers. We see in our analysis that when the law is mentioned at all in diversity training, it has adverse effects that lead to decreases in diversity in the management workforce. We see some other practices that are ineffective, such as grievance procedures or bureaucratic rules. All of these things are designed to blame managers and put them on notice that what they’re doing is illegal. That doesn’t appear to work. But we see a very clear positive pattern and that’s the great news in the book. We have a very clear set of prescriptions for what actually works to promote diversity in real firms. 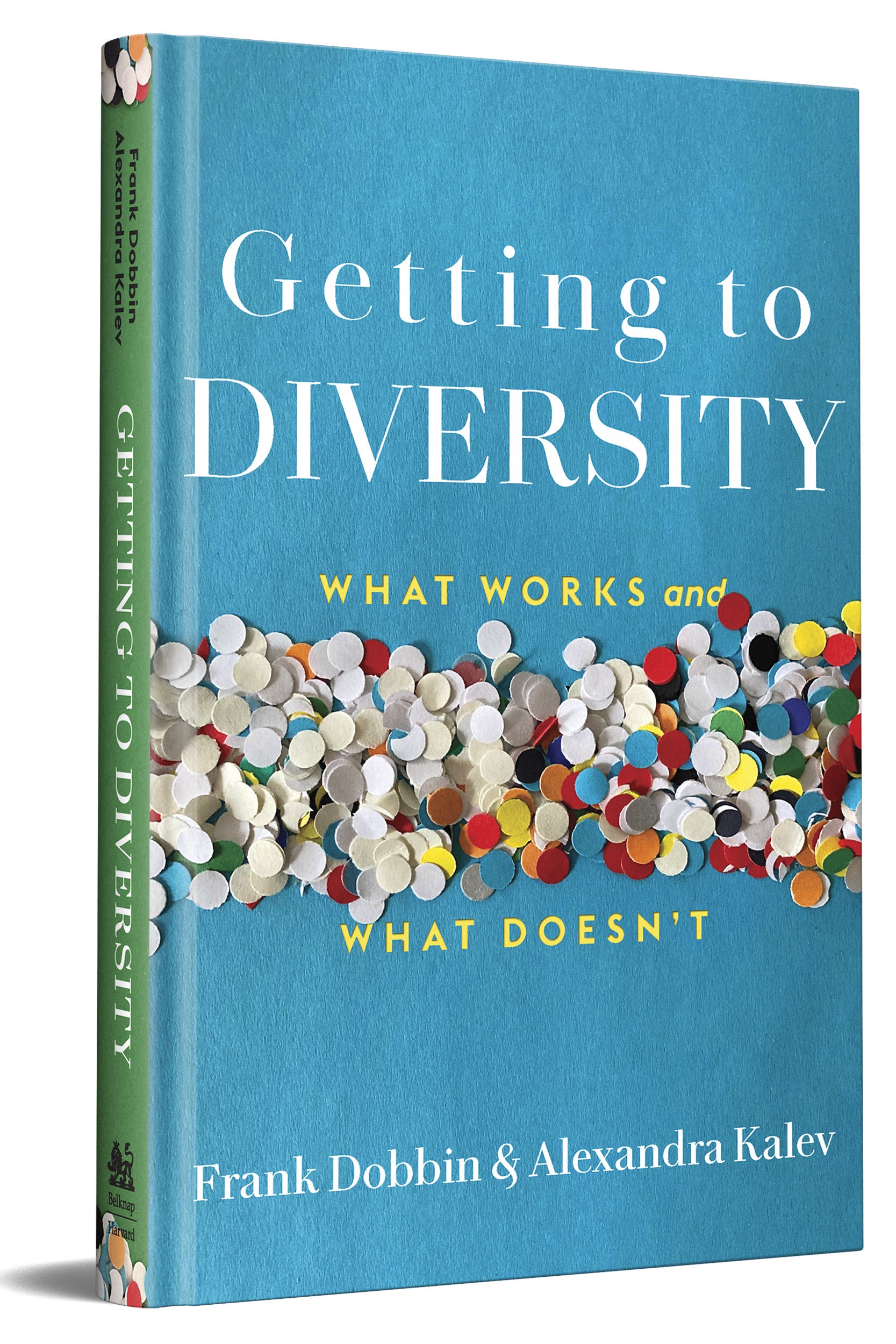 GAZETTE: What are some immediate changes that companies should prioritize to improve diversity, equity, and inclusion?

DOBBIN: Creating a diversity task force that includes unit heads from across the organization has very large positive effects on subsequent growth in the diversity of management. One of our messages is that you need to get managers involved in solving the problems, because managers are going to carry out the solutions. It doesn’t work to have somebody else just come in and say, “Here’s the solution.” Managers have to see the problem by joining a task force and looking at the data. The managers we talked to [who have] been on these task forces have said, “Wow, this really opened my eyes. I had no idea that we had this problem retaining white women, or this problem recruiting Hispanic engineers, when there are tons of them out there now.”

GAZETTE: Why is it so crucial that companies get workplace harassment programs, diversity trainings, and grievance procedures right?

DOBBIN: It’s crucial because when they get them wrong, they can actually backfire. That’s one of the problems. The typical harassment program for non-managers leads to decreases in women in management because it can exacerbate harassment in the workplace. The typical diversity training program for managers, which is legalistic, can have adverse consequences. If you don’t get these right, you can see decreases in management diversity over time. One of the reasons is that the people who react negatively to them are often white men in positions of power. The other reason a poorly designed training program, or grievance procedure, can be worse than having nothing at all is that when managers see these things in place, they tend to think the problem is taken care of. “We have diversity training, we have harassment training, we have a grievance procedure for discrimination, [and] we have one for harassment, so we’re done — that takes care of it!” Managers think they don’t have to pay attention anymore.

GAZETTE: “Getting to Diversity” emphasizes the democratization of work-life support and other practices. How do those kinds of programs help with diversity?

DOBBIN: When we go to companies to interview leaders about their work-life programs, we’ll [ask], “What kinds of work-life programs do you have?” And they’ll talk about a lot of things that they offer. They’ll describe something and then we’ll ask, “Is that a formal program?” They’ll say, “Well, we just allow it for our top employees,” or “It’s not written down anywhere.” If companies don’t have a formal policy detailing work-life supports, they haven’t really democratized them. So, companies need to create formal policies. The benefits are surprisingly broad. People often think that work-life supports are just for women, but our results show that things as simple as having a childcare referral program, which is a way for people to find childcare centers in the area, helps not only white, Black, Hispanic, [and] Asian American women, it also helps Black, Latinx, and Asian American men. Many of those men are in dual career couples, in which both partners need to work full-time. If either faces a work-life challenge, they may move to another job. They lose all seniority, delaying the chance of getting a promotion, and the company loses its investment in training the person. That’s why work-life supports have such broad positive effects across groups.

GAZETTE: In what ways did the COVID-19 pandemic force firms to rethink different policies and make them more accessible?

DOBBIN: It’s been a sea change in all kinds of firms that thought they couldn’t possibly operate remotely — many transitioned seamlessly, and found remote work to be just as effective, or more effective, that in-person work. People with long commutes gained a lot of time, and they could stay home and focus on their work when it was time to work, and take care of their families when it wasn’t. I think what’s happened is very exciting because it’s proof of the concept that you can allow people flexibility of hours, flexibility in where people work, and you can trust people to do their jobs. The big question out there is: Will this continue? Some workplaces have gone back to requiring three or four days a week in the office, often without a very clear rationale. My main worry is that companies will just revert to what they had always done, which is to minimize flexibility, to stop offering extended leaves, and to minimize childcare offerings, because some managers are comfortable with the old status quo.

DOBBIN: Alexandra Kalev and I have been working on collecting data similar to the data we analyze in the book, [but] for universities. We’re looking at how different kinds of hiring, promotion, work-life, [and] harassment programs can promote diversity on the university faculty. The problems that corporations have faced are paralleled by problems in the professoriate. We’ve seen a real slowdown in the diversification of the professoriate, which is disturbing because universities, while they’re not perfect, did manage to diversify the undergraduate student body pretty successfully starting in the 1960s. The numbers for undergraduates look a lot better than they did and the numbers for Ph.Ds. from top universities look a lot better than they did. The faculty has not been changing as quickly as those other groups have been changing and that’s disturbing. It doesn’t look like just changing the student body is actually changing the professoriate very quickly. It’s important to change the professoriate because if students don’t see people like themselves in leadership in universities, it increases their likelihood of dropping out and it decreases their likelihood of going on to get Ph.Ds. and trying to become part of the professoriate.