Legendary Battle of Himera was triumph of Greek heroism, kind of 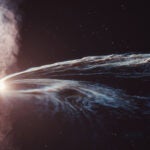 In the 480 B.C. Battle of Himera, Greek forces defeated the invading Carthaginians in a victory that ushered in a period of peace and prosperity across their world. But while historians such as Herodotus hailed the victory as a triumph of Greek heroism and fortitude, studies of recently discovered mass graves have revealed that the combatants included substantial numbers of non-Greek fighters. A new study found that the men who died violently likely hailed from as far away as the Baltic region and the Eurasian steppe, giving insights into the nature of these wars and movements of people over extraordinarily long distances in the Classical world.

The new paper, “The diverse genetic origins of a Classical period Greek army,” published in Proceedings of the National Academy of Sciences, takes a genomic look at those foreign fighters. A previous study used isotopes to identify three-quarters of those in the mass graves as “non-local.” Now, the archaeologists from that study — including Professor of Genetics and Human Evolutionary Biology David Reich, co-first authors Laurie Rietsema (University of Georgia) and Britney Kyle (University of Northern Colorado), were able to carry out an in-depth dive into genome-wide data from 16 individuals from these mass graves (as well as 38 other ancient people from Sicily). Their analysis revealed that individuals from the mass graves, assumed to be largely mercenaries, hailed from places as far-flung as Ukraine, the Baltic region (modern-day Latvia), and Thrace (modern-day Bulgaria), said Reich.

Going into the study, “We already had an idea that people from lots of regions must have participated in this battle, but there was no clue yet as to where they came from,” said Alissa Mittnik, the postdoc in Reich’s lab who led the genetic analysis and another co-first author.

“Such data is similar in quality data to what one gets from sending your DNA to a personal ancestry testing company.”
— David Reich, professor of genetics and human evolutionary biology

History was no help. “Much was written about this event from the historical records, but all historical information has biases,” said Reich. Documenting the apparent heroism of the Greeks at this battle, as well as at battles with invading Persians around the same time at Salamis and Thermopylae, the other end of the Greek world, “was important to Greek identity in this period.”

One aspect of these accounts has been the makeup of the armies. “While it is known that in this period in time mercenaries were widely used, Greek historians didn’t mention the participation of mercenaries at Himera,” said Mittnik. “They would have been people that would have been considered by the Greeks as foreign barbarians.”

Using DNA mined from bones and teeth, the team provides surprising information about the origins of these non-Greek fighters. “We have data from tens of thousands, and sometimes even more than a million positions in the genome,” explained Reich. “Such data is similar in quality data to what one gets from sending your DNA to a personal ancestry testing company.” The data allowed the team to compare the ancestry of the people from ancient Sicily with the ancestry of others with “exquisite accuracy,” said Reich.

These findings shed light on patterns of movement through the ancient world. “This provides direct evidence of people traveling long distances in their lifetime and shows that a motivation for such travel would have been not just trade but participation in warfare,” said Mittnik.

For Mittnik, who has started her own research group in Germany, this work fits well within a larger program. “I’m interested in using ancient DNA to gain insight into the dynamics of communities,” she said.” “I also work on reconstructing family trees and studying patterns in these pedigrees to learn what they can show about social organization.”

Reich said the possibilities are global. “Genetic data complement isotopic and archaeological data, and by combining them, we obtain a richer and more nuanced understanding of the past.”