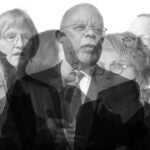 The new Kempner Institute for the Study of Natural and Artificial Intelligence will fuel breakthroughs in our understanding of natural and artificial intelligence by fostering new ideas and novel collaborations from newly forged interdisciplinary studies and a diverse and emerging group of scholars, Mark Zuckerberg said at the institute’s Allston campus on Thursday.

Speaking at the Kempner Institute Scientific Symposium celebrating the new venture, Zuckerberg ’06, LL.D. ’17, and his wife, Priscilla Chan ’07, co-CEOs of the Chan Zuckerberg Initiative and benefactors of the institute, shared how their history with Harvard allowed them to dream of a center that will range from big-data-processing algorithms to deciphering diseases like schizophrenia, autism, and more.

“If we can learn more about how the brain works, we should be able to use that to develop more intelligent AI systems, and the reverse is true too,” said Zuckerberg. “We should learn more about who we are and how to keep the brain healthy.” Giving researchers and practitioners in fields from cognitive science to neurology “tools to take on grand challenges,” he said, the Kempner should “spur collaboration at a scale that hasn’t really happened before.”

That, Zuckerberg explained, was the impetus behind a “one-of-a-kind institute in the world for studying intelligence. Once you understand how something really works and how to repair it if it breaks, you can apply it to the broader mission of how to manage and cure disease.”

Opening the afternoon program, which brought a range of educators, scientists, and tech industry giants together to discuss goals for the institute, Harvard President Larry Bacow said Chan and Zuckerberg had a deep understanding of the field and previewed a vision for the institute as a place that will bring “great students together with great faculty in a nutrient-rich environment.”

Throughout the event, Bacow and others underscored that interdisciplinary work, collaboration, data, and enabling students to pursue their own interests would be among the hallmarks of the Kempner. Quoting a Talmudic scholar, Bacow said later in the program, “I’ve learned much from my teachers, more from my colleagues, but most from my students.” The Kempner, he said, will provide, “the opportunity to educate the next generation of students — and they are going to teach us.”

“There should be no barriers to working across labs, to working across fields,” said Provost Alan Garber, Mallinckrodt Professor Health Care Policy at Harvard Medical School, noting that the institute will serve as a model for “how we handle graduate education in the future.”

“We’re going to have to teach computational science to neurologists and math to biologists,” said Bernardo Sabatini, co-director of the Kempner Institute and Alice and Rodman W. Moorhead III Professor of Biology at the Blavatnik Institute at Harvard Medical School. “These are all young, nascent fields — a student can go from fundamental study to fundamental discovery in less than a year.”

“We are witnessing a new phase of scientific discovery,” added Sham M. Kakade, co-director of the Kempner, Gordon McKay Professor of Computer Science, and professor of statistics. The institute, he said, aims to “bring together a community with different lived-in experiences, bring together a community with different perspectives.

“We want to train the next generation of leaders,” said Kakade, noting that “we can speculate on some of the progress we might make and some of the challenges we might address.”

Several panel discussions explored how such interdisciplinary studies — in particular the interaction between AI and biological studies — are already spurring breakthroughs.

Speaking on the convergence of these fields, Sandeep Robert Datta, professor of neurobiology at the Blavatnik Institute at Harvard Medical School, recalled the chaos as COVID hit in March 2020. As he was shutting down his lab, which had been collecting data mapping sensory responses in mice, he began hearing how this new virus was causing people to lose their sense of smell.

Although the pandemic-mandated shutdown meant his usual research was indefinitely curtailed, “We realized if we used the tools of machine learning we might learn how this happened and what the virus is doing to the brain,” said Datta. “On the fly we were able to parse this incredibly complex data with AI.” The ultimate discovery, that “this virus was attacking the support cells that let the neurons actually function,” was far from his initial hypothesis — and from his original research — but enabled by AI, he had already broken new ground.

A series of luminaries offered other presentations over the course of the afternoon, including CZI head of science Stephen Quake, and prerecorded remarks from Microsoft founder Bill Gates ’77, LL.D. ’07; former Google CEO and chairman Eric Schmidt; and Amazon president and CEO Andy Jassy ’90, M.B.A. ’97.

A unique approach — and a special history

Introducing the institute, named for Zuckerberg’s psychiatrist mother, Karen Kempner, and his maternal grandparents, Gertrude and Sidney Kempner, Zuckerberg said, “My grandparents always emphasized the importance of hard work and intellectual rigor.” (Gertrude Kempner, a former teacher, was in attendance.) His mother “poured her heart into empowering all her kids,” said Zuckerberg. “Supporting us and teaching us that anything that was worth doing was worth doing well.” He said his goal is that their namesake institute “will fuel discoveries about the mind and intelligence.”

Both Zuckerberg and Chan said Harvard was the logical home for the institute, in part because it was where they met as undergraduates. But also, said Chan, “It was a place that challenged us to think differently.”

She recalled how, “back in the 2000s, Harvard was beginning to think about how it could blur the lines between academic disciplines.” This enabled Chan to study what was then called “mind-brain behavior.”

“Everywhere that we went after Harvard we carried these lessons with us,” Zuckerberg said. This carried into their establishment of the philanthropic Chan Zuckerberg Initiative, which works in the sciences, education, and in communities. “Our work at CZI led us back to questions we were discussing in College together,” said Zuckerberg. ‘“How does the brain really work? How can you use intelligence in one domain in another?’”

Speaking as a “hometown girl,” who grew up in nearby Quincy, Chan turned serious, describing herself as a daughter of Vietnamese refugees who “spent 18 hours a day working in the family restaurant.” As someone who did not grow up believing she looked like the “typical Harvard student,” she stressed the strength that diverse viewpoints can contribute.

“If you bring together people from all different disciplines and give them permission to articulate from their perspective what they see, you might start seeing insights or solutions from a whole different light,” said Chan. “Often that momentum is what breaks the dam.”