From Rodney King to George Floyd 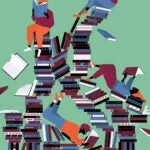 A page from the pros

Playwright Anna Deavere Smith is broadening her view of history in her fourth production with the American Repertory Theater. With a fresh take on “Twilight: Los Angeles, 1992,” the former MacArthur Fellow has expanded her 1994 Tony-nominated, one-woman play — recounting the aftermath of the riots triggered by the acquittal of white police officers who beat Black motorist Rodney King — to incorporate five actors and references to more recent events. Deavere Smith developed the new revival with the Signature Theatre in New York City, where she was an artist in residence 2019–2020. The 1991–92 Bunting Fellow talked about the continued relevance of this striking work and the role Harvard and the A.R.T. have played in her career.

GAZETTE: Recently, we’ve seen mass protests after the police killing of George Floyd and others. Have the issues changed at all over the past three decades since that group of officers were caught on tape beating a defenseless Rodney King?

DEAVERE SMITH:  I did add a new character, a new speaker to the show who does bring us up to date with George Floyd. I mean, nothing is the same, but at the same time, there are similarities. With technology and the media we have even more access. We have more evidence. I think it would be very hard for anybody in Boston to say there was anything remote about what happened [with George Floyd]. And whereas I went to LA a year after the riot and did all those interviews and when I took it around the country, it had resonance, but it’s not the same. I don’t think the death of George Floyd feels like a local matter at all. It’s a global matter.

GAZETTE: “Twilight” was originally a one-person show. Why did you choose to expand it to a cast of five?

DEAVERE SMITH: I felt it would be interesting to have different people in part to have the obviousness of different racial bodies on stage. So there’s an Asian American man, a Black woman, a Black man, a Latino woman, and a white man. I just thought that for the audience, in addition to hearing the play and seeing the play, they also see this community, this working community, interracial community of people.

GAZETTE: Are there any changes in tone or in interpretation with this version?

DEAVERE SMITH: I think it ends in a way that states the problem is still there, whereas the way it ended before could have been more hopeful. Audiences always want to know, “Where’s the hope?” I’d like them to ask, “What can I do? What am I going to do to make sure this doesn’t happen again?” Maybe I should take back the word “hopeful.” The end is less poetic. It is more political.

GAZETTE: What role has Harvard played in your career?

DEAVERE SMITH: Harvard’s been a huge, huge part of my career. I’m now on the board of the A.R.T. I got an honorary doctorate from Harvard. The year that I spent at the Bunting changed my life. It was the first year in my adult life that I didn’t have to go to work every day. And I wrote “Fires in the Mirror.”

It did what these fellowships are supposed to do: give you the time and the space. So I’ve always felt at home at Harvard and very appreciative of how it’s a community where people are interested; they’re curious about other ideas; and they want to exchange ideas. As big as Harvard is, you feel this sense of community, or at least I do. And so it’s one of my favorite places to do my work.

GAZETTE: You mention “community” a lot. Would you talk about the role of community in your work and in theater?

DEAVERE SMITH: Theaters have an opportunity to build communities, and they do. I think what’s next is the theater being a real catalyst in the community and understanding itself as more than a place that sells tickets and looks for subscribers and puts on work. I think many arts institutions are thinking about their position with the public and how they may be of greater use. When I say “community,” I’m really talking about a public that comes together. So in an evening in a theater, an audience becomes a kind of community, even if they don’t speak. You feel each other. What I think about when I teach is that it’s important to spend a lot of time together, even if it’s with just 12 people or 15 people, trying to create a group that is interdependent and other-oriented.

“Twilight: Los Angeles, 1992,” presented in association with Signature Theatre, runs through Sept. 24 at the Loeb Drama Center; 1,500 tickets priced at $5 and 1,000 free tickets for public high school students will be available throughout the run, $15 student tickets available with code STUDENT15.