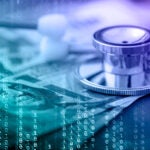 Nearly 70 percent of America’s top executives are affiliated with the Republican Party and 31 percent with the Democrats, according to the recent paper “The Political Polarization of Corporate America,” written by Elisabeth Kempf, associate professor of business administration at Harvard Business School, Vyacheslav Fos of Boston College, and Margarita Tsoutsoura of Cornell University. The Gazette recently spoke to Kempf about why so many executives favor the GOP and the potential dangers of the increasing partisanship at the top of corporate America. The interview has been edited for length and clarity.

GAZETTE: Can you talk to us a bit about how you measured the partisan shift among top executives at American companies?

KEMPF: We started out by gathering data on the top five earning executives in U.S. S&P 1500 firms. These are large, publicly traded U.S. companies that must disclose the names of their top five earning executives to the Securities and Exchange Commission. Then we needed to figure out who is Democrat, who is Republican, and who is independent, and to get that, we matched these executives to voter registration records from nine different U.S. states. That way, we were able to see the political composition of the executive team.

We define partisanship in the paper as the degree to which the political views within a team are dominated by a single political party. We measure it by the probability that two executives from the same team are in the same party. We saw that the measure of partisanship has increased quite a bit over time. We’re looking at 2008 to 2020, and during that period we saw that it has increased by 7.7 percentage points, which is quite a sizable change.

GAZETTE: How does this increase in partisanship among U.S. executives compare to the rest of the U.S. population?

KEMPF: In one part of the paper, we simulated what would have happened if executives had just followed the trends of the local population, or the local registered voters. We saw that the trend toward more homogeneity is twice as large among executives as it is in the overall population. This was something that we hadn’t necessarily expected because we’re talking about very highly skilled people in the top levels of the organization, and a lot might go into the decision to hire or retain an executive at that level that has nothing to do with their political affiliation. To see these trends show up so strongly among top-level executives was surprising, especially because there’s been a strong push in both the system and the executive suite toward more diversity in the last couple of years. We do see that they have become more diverse, for example, when it comes to the share of women, but we still don’t see more diversity in political views.

“The other big question is: What exactly has changed in recent years that has accelerated this trend?”

GAZETTE: Your paper found that 69 percent of U.S. executives are Republican, and 31 percent are Democrats. How and when did the shift take place?

KEMPF: Voter registration data limits us with how far back in time we can go. We can only look at 2008 and afterward. Alma Cohen, a professor at Harvard Law School, and her co-authors looked at CEOs and their political contributions and found that they have been donating primarily to the Republican Party for quite some time (at least since the year 2000). The fact that CEOs are heavily Republican-leaning or that they contribute heavily to the Republican Party is not that surprising. What’s interesting is that there hasn’t been a strong shift toward more Democratic executives even though that’s what a lot of observers might have expected. You may have heard about “woke capitalism,” and many companies are speaking out in favor of progressive issues, and yet we don’t see a strong shift toward more executives leaning toward the Democrat Party. In fact, there has been an increase in the share of Republican executives during our sample period, from 63 percent in 2008 to 71 percent in 2018. It seems to be that there hasn’t been an ideological shift necessarily in the executive suite, and their public statements may have more to do with how it could be perceived by their customers, by their employees, or by investors rather than their own political ideology.

GAZETTE: With the increase of Republican executives over the years, can you say whether this era is more heavily right-leaning than the “Mad Men” years?

KEMPF: I would love to have data on that. Even if we review data on political contributions, the furthest you can go back in time is to the late 1970s. It’s really very difficult to make those comparisons to the 1950s and 1960s, but I think it would be interesting to find out to what extent this was similar or different back in those days.

GAZETTE: How does political polarization manifest itself in the top ranks of corporate America?

What we found is that there is a separation of companies into Democrat and Republican companies more so than they used to be. Our measure of the degree to which one single party dominates directly speaks to that trend. We have another measure where we look at the likelihood that an executive who is misaligned politically with the rest of the team leaves the company. That measure has also increased in the last couple of years. Post-2015, you see that executives who are politically misaligned tend to leave their team at higher rates. It all speaks to the same phenomenon, which is that we see more political silos across U.S. firms.

GAZETTE: Does the corporate divide mirror the political geography of red and blue states?

GAZETTE: Does the increasing partisanship among top U.S. executives pose any danger or risks for shareholders and stakeholders?

On one hand, you could argue that if we have more homogeneous teams, maybe the executives within the teams get along better and have less disagreement, and they are able to get things done. On the other hand, when you only have one type of political ideology, you might be missing out on an important kind of perspective that might improve your decision-making, and one could argue that the trend toward more political homogeneity is a bad thing.

Within this theoretical ambiguity, we looked at stock price reactions to executives leaving the firm and what we found was that when a misaligned executive leaves, meaning executives who bring diversity to the team, that is particularly destructive to firm value. We saw that firms lose, on average, $238 million more around those executive departures compared to departures of executives who are aligned with the team and are contributing to more homogeneity. That suggests that investors don’t seem to view the departures of misaligned executives as a good thing, but rather as something that is very destructive for firm value. It seems that this trend is at least not in the financial interests of shareholders.

GAZETTE: What other questions should researchers investigate to understand the consequences of political segregation in U.S. corporations?

KEMPF: Our hope is that there’s going to be more research being done on the issue of political diversity. I think one important question is: To what extent do we see similar trends in other parts of the workplace? We focus on the very top-level decision-makers and top five earning executives because they make important decisions, and we have data on them. But I think it would be interesting to see to what extent this happens in other spheres of the workplace.

The other big question is: What exactly has changed in recent years that has accelerated this trend? Is it that there has been some pressure on companies to take a stance on political issues? Does that mean that political issues are being discussed in the workplace? We know that these frictions pop up more often than they used to, but we are also aware that even issues that are not directly related to politics, such as your views of the economy, inflation, and the pandemic, are shaped by our political views. There is a lot of survey evidence on that, which explains why even topics that are not necessarily political, but that are still important for business decisions, have become more contentious across partisan lines. I think this will be a fascinating question to explore.