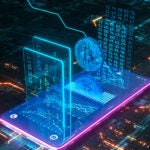 So what happened to crypto?

It would seem a reasonable assumption that higher wages would draw young adults to a city or a region. But the vast majority of young people don’t move far from home, and even the offer of more money appears to have a very small impact on their willingness to relocate, a new study by Harvard researchers has found, suggesting that economic planners looking to fight income inequality would do better to relocate better jobs closer to the people who need them.

In their working paper, “The Radius of Opportunity: Evidence from Migration and Local Labor Markets,” Economics Professor Nathaniel Hendren and Ben Sprung-Keyser, a Ph.D. student in the department, utilized U.S. Census Bureau information to study the movement of young adults. Along with Sonya Porter, a principal sociologist and demographer with the Bureau’s Center for Economic Studies, they found that that 80 percent of all young adults at age 26 had moved less than 100 miles from where they grew up, and just 10 percent moved more than 500 miles away. For example, the working paper notes, “children growing up in Dubuque, IA, are three times more likely to move to nearby Des Moines or Waterloo than to Chicago, just slightly further away.”

While higher-wage opportunities could be expected to lure more of those young adults to new territory, the paper found the effect limited. In fact, an increase of $1,600 in annual salary only resulted in a 1 percent uptick.

“Young people don’t move far from their home,” said Hendren, who is also co-director of Opportunity Insights and co-director of Policy Impacts, both Harvard-based nonpartisan, not-for-profit organizations. “They do move in response to higher wages, but we argued that the effects are not that large in general.”

“People certainly respond to changes in wage opportunities, but those people are a fraction of the population, and they still tend to move close by,” said Sprung-Keyser, another co-director of Policy Impacts.

In addition, the study found differences in migration patterns, even within the age demographic. Young Black and Latino adults tended to move shorter distances than young white adults, and they move to different places.

The income level of these young adults’ original families appears to play a major role, even offering what Hendren calls a rare reversal.

What the data does make clear is that wages alone do not heavily impact where young adults move, with the result that benefits tend to accrue to the workers already in place. “Imagine a scenario where wages go up in in New York,” said Hendren. While one would expect “people coming from across the country to go there and pick up those benefits,” what they found was different: “If wages go up by $1 in New York, 99 percent of the people that get that extra $1 would’ve been in New York anyway.

“If you do increase wages in a place, there’s a lot of people that benefit from that,” he stressed. However, “it matters where those wages increase. If you want to improve outcomes for people growing up in Chicago, you want to draw a small radius around Chicago and try to get the wages to increase there.”

“If you’re looking to provide economic support to people who grew up in a given area, the right approach is to invest in the area itself,” added Sprung-Keyser. “Chances are they’re still living nearby.”