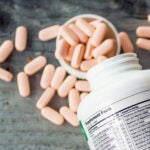 Excerpted from “Breaking the Age Code: How Your Beliefs About Aging Determine How Long & Well You Live” by Becca Levy

Halfway through graduate school, I was lucky to win a National Science Foundation fellowship to live in Japan for a semester. My goal was to investigate how people aged and thought differently about aging in Japan. I knew that Japanese people had the longest life spans in the world. Although many researchers chalked this up to a healthy diet or genetic differences, I wondered if there might also be a psychological dimension that gave them an advantage.

Before departing I visited my grandma Horty in Florida. As soon as I stepped off the plane, she took one look at me and said, “You need vitamins.” She was convinced that graduate school and the dreary Boston weather had run me down, so off we went to buy her version of vitamins — all the oranges and grapefruits that we could carry out of the grocery store.

Grandma Horty was a competitive golfer and, as a former New Yorker, an avid walker, so it was no small feat to keep up with her as she walked with purposeful strides through the store — until she tumbled to the ﬂoor. Rushing over, I helped her up and was horriﬁed to spot a bloody gash in her leg.

“Doesn’t hurt,” she reassured me, between clamped teeth. She even forced a smile, ever the stoic. “You should see the other guy,” she joked.

The “other guy” was down at our feet: a wooden crate with reinforced corners of sharp, jagged metal; one corner was now dripping blood. We left our baskets, and I helped my grandmother gather up the contents of her handbag, which had scattered across the ﬂoor.

On the way out, she confronted the owner, who glanced up for a second when he heard her fall, before returning to the tabloid he’d been leaﬁng through at the counter.

“You shouldn’t leave crates in the middle of your store,” my grandmother told him, much more politely than he deserved. “I could have hurt myself.” Blood was dripping down her calf.

The owner looked her over and then peered at the crate in the middle of the aisle. “Well, maybe you shouldn’t be walking around,” he said icily. “It’s not my fault old people fall down all the time. So don’t go around blaming me.” 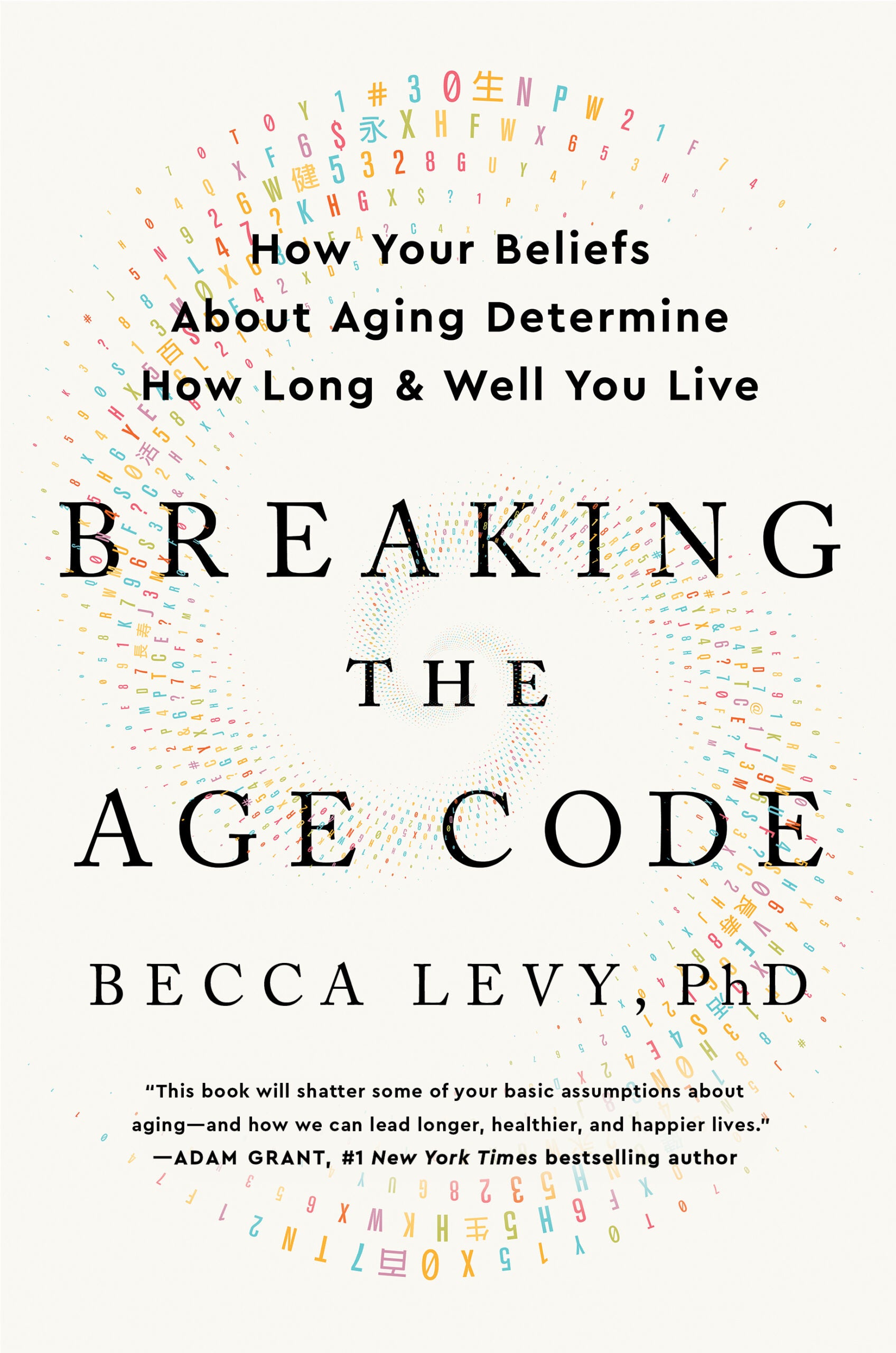 Horty’s jaw practically dropped to the ﬂoor. As for me, I felt like swiping his tabloid off the counter, but I just glared at him and ushered my grandmother into the car. Over Horty’s objections, I took her straight to the doctor. Her leg turned out to be ﬁne — a dramatic-looking but superﬁcial cut, the doctor said. He added that she seemed in fact quite healthy.

I thought that would be the end of it, but some profound change had taken place that afternoon. That night, Horty asked me to water her avocado tree, which she normally loved doing herself. The following day, she told me she didn’t trust herself to drive and asked me to take her to a hair appointment. I’d never heard her say anything like that before. She seemed to be reliving the grocery owner’s words and questioning her competency as an older person in a way she never had before.

Fortunately, by the time I ﬂew to Japan, Horty had pulled out of her ageism-induced funk. The morning before my departure, she insisted on taking me for a brisk, long walk, to stretch my legs before the long plane ride. When we returned, she handed me a handwritten list of restaurant recommendations, from a visit to Japan with my grandfather, two decades earlier.

But as I waved goodbye to Horty and headed off to Tokyo, I couldn’t help but wonder: If a few negative words could affect someone as strong and spunky as Horty, what were negative age stereotypes doing to us as a country? What power did they have to actually change the way we age? And what power could we have if we changed the way we thought and talked about aging?

As I settled into my new life in Tokyo, my mind would often ﬂy back to grandma, and I wondered what she would make of this place where centenarian sushi chefs were constantly feted on television, and older relatives were served ﬁrst at meals.

I was in Japan when a national holiday called Keiro No Hi rolled around. Walking through Shinjuku Park that day, I passed crowds of weight lifters, some of them shirtless, some in skin-tight leotards, all of them in their seventies and eighties, strutting around, lifting weights, ﬂaunting their well-toned bodies. All over the country that day, people were crisscrossing the archipelago by high-speed train, boat, and car as they returned home to visit their elders. That day, restaurants would serve free meals to seniors; for those less mobile, schoolchildren would prepare and deliver bento boxes full of fresh sushi and delicately fried tempura.

Keiro No Hi translates to “Respect for the Aged Day,” but evidently the Japanese were already doing this every day of the year. Music classes were full of seniors trying out the electric slide guitar for the ﬁrst time at age 75. Newsstands were lined with colorful manga, the popular comic books for readers of all ages, telling stories of older people falling in love. The Japanese treated old age as something to enjoy, a fact of being alive, rather than something to fear or resent.

In the US, it was a different cultural picture. It wasn’t just my grandmother’s interaction with the ageist store owner; it was everywhere: the billboards for “age-defying” skin treatments, late-night ads for local plastic surgeons going on about wrinkles as if they were generals describing hostile enemy forces, the infantilizing greetings older people endured in restaurants and movie theaters. Everywhere I looked, in TV shows, in fairy tales, and online, old age was treated as though it meant forgetfulness, weakness, and decline.

“In Japan, it became clear to me that the culture we’re in impacts how we age.”

In Japan, it became clear to me that the culture we’re in impacts how we age. Take menopause, for instance. I learned that Japanese culture doesn’t typically make a lot of fuss around it, treating it as a natural part of aging, rather than as fodder for those Western stereotypes of female irritability and sexual obsolescence. And the result of the Japanese being less likely to stigmatize this natural aspect of aging than their peers in North America? Older Japanese women are much less likely to experience hot ﬂashes, as well as other symptoms of menopause, than women in the US and Canada. And older Japanese men, who are treated, culturally, “like rock stars in their country,” according to the anthropologist who led this study, were found to have higher testosterone levels than their European counterparts. This suggests that your libido ages differently depending on the way your culture perceives and treats aging.

I began to wonder just how much culture impacts individual age beliefs — how we think about older people and getting older. And I was curious about the extent to which these individual conceptions, in turn, inﬂuence the aging process. Could their age beliefs help to explain why the Japanese have the longest life span in the world?

I had gone to graduate school to study social psychology, the science of how individuals’ thinking, behavior, and health are impacted by their society and the groups they belong to and interact with. I wanted to focus on the experience of older people, who were being left out of most psychology studies. The puzzle in front of me now was how to measure the impact of something as amorphous as culture on something as deﬁnite as our biology.

When I returned to Boston, I set about testing the impact of cultural age stereotypes on the health and lives of older people. In study after study I conducted, I found that older people with more positive perceptions of aging performed better physically and cognitively than those with more negative perceptions; they were more likely to recover from severe disability, they remembered better, they walked faster, and they even lived longer.

I was also able to show that many of the cognitive and physiological challenges we think of as linked to growing old — like hearing loss and cardiovascular disease — are also the products of age beliefs absorbed from our social surroundings. I found that age beliefs can even act as a buffer against developing dementia in people who carry the dreaded Alzheimer’s gene, APOE ε4.

In my Yale lab, I have been able to improve people’s memory performance, gait, balance, speed, and even will to live by activating positive age stereotypes for just 10 minutes or so. In this book, I will show you how priming, or the activation of age stereotypes without awareness, works, what it says about the unconscious nature of our stereotypes, and how we can strengthen our ideas about aging.

Demographically, we are at a crossroads. For the ﬁrst time in human history, there are now more people in the world over the age of 64 than under the age of ﬁve. Some politicians, economists, and journalists are wringing their hands over what they call “the silver tsunami,” but they’re missing the point. The fact that so many people are getting to experience old age, and doing so in better health, is one of society’s greatest achievements. It’s also an extraordinary opportunity to rethink what it means to grow old.

When Grandma Horty died, many years after the ageist grocery store encounter, my family and I got together to celebrate her life, which had been both ordinary and remarkable. She lived through most of the 20th century, witnessing both its progress and its atrocities.

Shortly after her death, I made a surprising discovery. While analyzing data from my study about the lives and outlooks of the inhabitants of the small town of Oxford, Ohio, I found out that the single most important factor in determining the longevity of these inhabitants — more important than gender, income, social background, loneliness, or functional health — was how people thought about and approached the idea of old age. Age beliefs, it turns out, can steal or add nearly eight years to your life. In other words, these beliefs don’t just live in our heads. For better or worse, those mental images that are the product of our cultural diets, whether it’s the shows we watch, the things we read, or the jokes we laugh at, become scripts we end up acting out.

When I ﬁrst landed on this longevity ﬁnding, I thought of Grandma Horty and of how lucky my family was to have had her with us until her death at 92. I thought of how fortunate she was to have approached aging the way she had. I thought of the gift of those extra years, and where it came from. Did we have seven or eight more years with Horty because she embraced life in those later years? If there is a code to aging well — a system or a method — age beliefs are a part of it.

Copyright © 2022 by Becca Levy. Reprinted by permission of William Morrow, an imprint of HarperCollins Publishers.