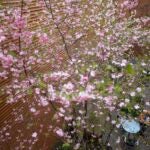 A large and broad coalition of major American corporations, higher education organizations, and legal, religious, military, and civil rights groups voiced their strong support to the U.S. Supreme Court for Harvard and the consideration of race as one factor among many in a holistic assessment of an applicant.

The endorsements filed this week in about 6o amicus, or “friend of the court,” briefs arrived as the Court prepares for its next term in October, when it will take up two cases challenging race-conscious admission policies at Harvard and the University of North Carolina at Chapel Hill. The suits were brought by Edward Blum, a conservative critic of affirmative action, and his organization, Students for Fair Admissions.

The amicus briefs urge the court to preserve the ability of colleges and universities to consider race as one factor among many in admissions. Such a decision would allow institutions of higher education across the nation to continue to more fully pursue their educational mission of promoting a wide diversity of points of view and efforts to create greater equity and fairness in the nation. The briefs also say diverse learning communities better prepare students to work in an increasingly complex and global economy. Several noted that diverse groups in the workplace make better decisions and enhance innovation, and that a diverse workforce raises business performance. A group of legal historians argues that SFFA’s constitutional argument is baseless.

A collection of more than 100 colleges and universities ranging from private, liberal arts schools to state university systems said in their brief that striking down Harvard’s policies would have swift and lasting impact across higher education. Briefs also were filed by students and alumni who had testified at trial in support of Harvard and by a group of 25 student and alumni organizations representing thousands of Asian American, Black, Hispanic, Native American, and white members of the Harvard community.

Catholic colleges and universities, including Georgetown University, Boston College, and Notre Dame, said they too are “committed to encouraging students to test ideas and challenge assumptions through exposure to, and dialogue with, classmates whose backgrounds may be geographically, religiously, culturally, socioeconomically, racially or otherwise different from their own.”

To accomplish this, the schools noted that “both their academic and religious missions require discretion to consider applicants’ racial identities alongside a variety of other factors in admissions decisions” and that their “experience demonstrates that racial diversity in student admissions improves educational outcomes and fosters the spiritual development of … students consistent with their Catholic values.”

Nearly 70 of the biggest U.S. and global companies, including Apple, Google, and Johnson & Johnson, said that they have long relied on colleges and universities to supply a highly skilled workforce. And today, they are looking for employees who have been exposed to different viewpoints and life experiences and can bring diverse perspectives and experiences to the workplace.

Other companies, like Shell USA and Mastercard, said in a separate brief that racial diversity is “essential” to the success of science and technology firms because racial diversity promotes technological innovation, enhances scientific advancement, and leads to better decision-making and overall business performance.

As in corporate America, the U.S. military has found over decades, and research has affirmed, that inclusive armies perform better, 35 top former U.S. military leaders said. Reserve Officers’ Training Corps programs at colleges and universities and the military service academies are both key sources for officer recruits, so the continued ability to consider race as one factor during school admissions is essential for the military’s continued efforts to identify and employ well-qualified, diverse officers, the military leaders said.

A study showed that between 2006 and 2015, the Asian-American undergraduate student population has grown steadily at elite schools where eight of 10 considered race. At Harvard, the percentage of Asian American students grew from 15.5 percent in 2006 to 25.9 percent in the admitted class in 2021, which suggests that race-conscious admissions “have likely helped, rather than harmed, Asian American applicants,” the AALDEF said.

The briefs mark the latest development in a legal battle waged by Blum and SFFA, which filed suit against Harvard in 2014, alleging that the University’s admission policies, which allow the consideration of race as one factor among many, intentionally discriminated against Asian Americans. A U.S. District Court judge ruled in 2019 that Harvard does not discriminate and that its limited consideration of race complies with longstanding Supreme Court precedent.

In their brief, 18 Civil War historians and professors of legal history disputed SFFA’s “erroneous” claim that the 14th Amendment prohibits any consideration of race in admissions policies.

“To the contrary, the Reconstruction Framers recognized that there exists an important distinction between, on the one hand, racial designations that denigrate and harm, and, on the other hand, race-conscious laws that ameliorate discrimination and advance equality of opportunity,” the scholars wrote.

“Nothing in the original meaning of the 14th Amendment — not the Equal Protection Clause, not the Citizenship Clause, not the Due Process Clause, not the Privileges and Immunities Clause — clearly prohibits race-conscious admissions policies,” they said. “Rather, … the Reconstruction Framers understood the Amendment to bar States from enacting and enforcing laws that subordinated people based on race and to permit as constitutional actions designed to ameliorate the conditions of members of a subordinated race.”

Some of those actions were designed to specifically address the availability of educational opportunities for Black people, demonstrating that the public even then recognized use of race to improve access to education was, and is, constitutionally permissible, they added.

Both the White House and members of Congress backed the preservation of race-conscious admissions and argued diversity in higher education to be a matter of national interest. In a brief, the U.S. Solicitor General and General Counsels for the Departments of Commerce, Defense, Education, Health and Human Services, Homeland Security and Labor said that as the nation’s largest employer, the federal government has long understood the value of diversity in the workforce, to, at least in part, maintain legitimacy in the eyes of its diverse citizenry.

Like 65 of their colleagues in the House of Representatives, who argued that despite some progress on racial equity in college admissions over the last 25 years, race-conscious admissions policies are still necessary, 15 former and current U.S. senators, including Sens. Elizabeth Warren and Edward Markey of Massachusetts, issued a forceful defense of such policies and the federal government’s “consistent” and “compelling” interest in maintaining and furthering student diversity in higher education.

In their brief, the senators challenged a key SFFA assertion, saying when Congress enacted Title VI of the Civil Rights Act in 1964, it did so “to further, not prohibit race-conscious measures” that would help expand opportunities for Black people and other historically disadvantaged groups.

Both sides will present oral arguments on Oct. 31.