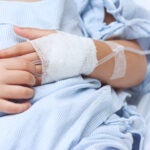 A data-driven simulation model designed to help policymakers to better understand and address the nation’s rampant opioid crisis has been developed by a team of scientists at Massachusetts General Hospital.

In a study in the journal PNAS, researchers report that the model, known as SOURCE (Simulation of Opioid Use, Response, Consequences, and Effects), presents the most detailed model to date of the crisis by capturing how the interconnections between stages of prescription and illicit opioid use, from initiation and addiction treatment to relapse and overdose mortality, have evolved over time.

“The opioid crisis is so complex that it demands a dynamic simulation tool that can generate reliable data and a big picture perspective on this major public health challenge,” says senior author Mohammad Jalali of the MGH Institute for Technology Assessment. “SOURCE provides a dynamic understanding of the trajectory of the opioid crisis that can serve as a framework for projecting future scenarios and informing public policy planning.”

SOURCE uses national data on opioid use from 1999 to 2020 to track stages of use and misuse of opioids, including use initiation, treatment, relapse, and death by overdose.

Opioid overdose has been responsible for over half a million deaths in the U.S. over the past 21 years. Opioid deaths have grown sharply since 2013, claiming nearly 70,000 victims in 2020 alone, driven in large part by the illicit spread of fentanyl, a powerful opioid that is often mixed with heroin to lethal effect.

Millions of people suffer from opioid use disorder, triggering severe health, social, and economic consequences for the country. In 2017, the National Academies of Sciences, Engineering, and Medicine called for development of a quantitative system model to help understand the crisis and guide policy analysis and decision-making. In response, a team of researchers from MGH and the U.S. Food and Drug Administration developed SOURCE.

SOURCE uses national data on opioid use from 1999 to 2020 to track stages of use and misuse of opioids, including use initiation, treatment, relapse, and death by overdose.

“Unlike other national models of the crisis, SOURCE replicates how the risks of opioid misuse have evolved over time in response to various behavioral and other factors, and how they may change in the future, providing a platform for projecting and analyzing potential policy impacts and solutions,” explains co-author Tse Yang Lim of Massachusetts Institute of Technology.

Among the factors driving these changes are social influence — that is, the spread of drug use behaviors through social exposure — and risk perception, whereby fear of the perceived risk of overdose death can discourage initiation of drug use. SOURCE has also quantified the impact of increased distribution of the overdose reversal drug naloxone, as well as the proliferation of the deadly synthetic substance fentanyl, on overdose death rates. Overall, SOURCE projects that deaths from opioid overdose will increase over the next few years before trending downward as opioid use disorder decreases.

Using SOURCE, the researchers are examining potential strategies to address the opioid crisis as part of an ongoing modeling effort, while continuing to refine the model to reflect the still-evolving nature of the crisis.

“Despite the projected decline, opioid deaths over the next 10 years will still exceed half a million people,” emphasizes co-author Erin Stringfellow. “Fentanyl’s poisoning of the unregulated drug supply will continue to be a severe problem, which is why leaders across the country need to be working as hard as they can to keep people who use drugs safe.”

Jalali is an assistant professor at Harvard Medical School. Tse Yang Lim is a recent Ph.D. graduate from MIT. Stringfellow is a postdoctoral research associate at the MGH Institute for Technology Assessment. Co-authors include Keith Humphreys, professor and section director for Mental Health Policy at Stanford University, as well as several researchers from the FDA.

The study was supported by the U.S. Food and Drug Administration.