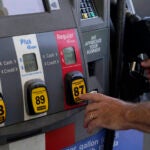 With gas prices averaging near $5 a gallon and inflation holding steady at 8 percent, the Federal Reserve raised its benchmark interest rate by 0.75 percent last week in an aggressive bid to reduce consumer demand and bring inflation back down to 2 percent. The central bank said it anticipated more rate hikes in the coming months would be needed to achieve that goal. Economist Betsey Stevenson, A.M. ’99, Ph.D. ’01, is a professor of economics and public policy at the Gerald R. Ford School of Public Policy at the University of Michigan. She served on the Council of Economic Advisers during the Obama administration from 2013 to 2015 and was chief economist at the U.S. Department of Labor from 2010 to 2011. Stevenson discusses the effects the new rate increase could have on consumers and the economy and whether a recession is inevitable, as some economists now warn.

GAZETTE: Will the Federal Reserve’s latest interest rate hike have a meaningful effect on slowing inflation?

STEVENSON: Interest rates are still below where they were in 2018 and 2019 and yet the economy has recovered so quickly from the pandemic recession. I think what we need is a pretty quick move toward normalization, bringing us back to what you might think of as neutral monetary policy, the kind of monetary policy we had prior to the pandemic and then an assessment as to how much further the Fed will need to tighten. The problem is that it can be very jarring to raise rates all at once. And so, the Fed is trying to move quickly enough to bring inflation down, but slow enough to not accidentally push the economy so hard that it goes into recession or people lose jobs or businesses unnecessarily suffer.

And I think this task is made extra hard right now because supply, what businesses produce, is not responding to prices in quite the same way that it has in previous periods. Supply has been less responsive to the surge in demand, which also means that it might be less responsive to the increasing interest rates. The Fed’s tools only influence demand. They want to keep demand and supply in balance, but supply has been harder for them to predict over the last year.

We saw a very rapid rate rise, 75 basis points, which they hadn’t done in a very long time. At the same time, it’s not a big difference in their policy stance. What they’ve been saying all along is they’re trying to move toward neutral monetary policy over the next three to six months to a year and that they are committed to bringing long-run inflation back down to their target of 2 percent. They have also said clearly that they are monitoring and reacting to data as it becomes available. What happened was they moved a bit faster in response to recent data, but where they are in six months might not be any different than if they had done a 50-basis point rate rise.

GAZETTE: How high could rates go and over what timeframe before we see inflation significantly slow down?

STEVENSON: The Fed is projecting something between 3 and 4 percent [in its benchmark rate] and that range is where most economists think they are headed. Now, that’s a lot higher than what people were expecting even three months ago, and certainly more than we thought a year ago. So, we do expect rates to get up toward 3 or 4 percent [about twice what they are now] and probably to stay there into 2023. But if inflation doesn’t begin to slow down as predicted, then rates could go higher.

I have no reason to be outside the range of projections that the FOMC has already put out there. But I do think it is reasonable to ask whether the range of projections should be even wider, given the massive amount of uncertainty that we’re facing in the global economy right now. The reason I didn’t expect inflation to get as high as it did is that I didn’t expect Putin to invade Ukraine and for global energy prices to soar. And I also expected that supply chain issues like the chip shortage would resolve a lot faster. Because I was expecting a faster resolution to our supply chain problems, I expected that we’d see more of the kind of glut of goods we’re starting to see retailers telling us that they’re having.  I expected that kind of buildup of excess inventories could be more widespread and in that situation there would downward pressure on prices. I think it’s still possible that we see some unclogging of supply chains happen quite rapidly, putting downward pressure on prices. In that case, inflation will resolve faster. However, it’s also possible that we continue to see lockdowns such as what we have recently seen in China over the next year or two and we could continue to see war in oil producing countries. These global challenges limit supply and make it harder to bring prices under control.

GAZETTE: In explaining this latest rate hike, Fed Chairman Jerome Powell said the Fed “understands the hardship that inflation is causing.” But rising interest rates also cause hardships for consumers in the form of higher interest rates for credit cards, auto and student loans, and indirectly, mortgages, which are close to 6 percent now, double where they were last year. Does the effort to slow inflation have the potential to cause more harm than good?

STEVENSON: I had a lot more patience for higher inflation in 2021 and even in early 2022 precisely because the effort to slow inflation — higher interest rates and slower economic growth — hurts people too. The price rises we were seeing early on were mostly driven by durable goods. The Fed raising interest rates wasn’t going to be able to directly impact the challenges with the supply of durable goods, and so, we just needed to be patient. The supply chain problems would resolve themselves, and inflation would start to get under control.

What has happened is a series of shocks have allowed inflation to not only continue, but to spill across the economy into the service sector, really into every sector. I think the most worrying thing for the Fed is people are starting to expect inflation will stay high for some time. And as you form expectations around higher inflation it becomes a self-fulfilling prophecy. Because if you’re expecting higher inflation, you behave as if there’s going to be higher inflation and that means trying to negotiate wage increases that reflect rising prices. If you’re a manager, just expecting that you’re going to be raising prices every quarter or every year, but you’re going to expect big price increases on a regular basis, and you start to plan for that and build it in and that becomes very hard to undo.

What the Fed needs to do is make sure that people continue to believe that we can get inflation back to 2 percent, that high inflation is not here for good, and that we don’t set up a wage-price spiral, meaning that people look at the rising price of goods, and then go into negotiations with their boss and say, “If I don’t get at least an 8.3 percent raise, I’m not even keeping up with the price of the things I buy.” So, they negotiate very high raises that reflect inflation, but in order to pay all workers that higher amount, employers end up needing to raise their prices.

If you are someone who’s trying to borrow, those higher rates can be very, very costly. And in fact, what the Fed wants you to do is think twice before you borrow. You’re tightening your belt; you’re buying fewer things. That’s exactly how we bring demand and supply back into alignment. But the only way it works is if somebody feels the pinch, and then they reduce their demand as a result. What’s frustrating is everybody wants to see prices come down, but nobody wants to be the one that feels the pinch.

GAZETTE: Many people now believe a recession is more probable than not over the next 12-18 months. Is a recession inevitable?

STEVENSON: I am by nature an optimist, but I’m not a fool, so I do understand the risks of a recession. But it’s not inevitable. The question is: How difficult will it be to achieve? We need to slow growth in demand so we’re bringing demand down toward what we can sustainably produce, and we’re increasing supply and then eventually policy helps them to meet in a nice, happy place with stable prices and full employment. We don’t need to bring demand crashing down to meet supply exactly where it is today — and that’s the recession fear.

Can the Fed navigate that? Maybe. The challenge is it’s not all about them. What’s going to happen to oil prices? If we can bring oil prices down, that’s going to help them out a lot in achieving this Goldilocks soft landing where there’s no recession. If we can figure out how to expand labor supply in a way that employers don’t feel like they are competing so hard over workers that they’re pushing wages way up. If there can be enough concern on the employer side that they can hold firm when their workers come in and say, “I’m going to quit if you don’t give me this 10 percent raise right now,” then we can slow down the inflationary pressures on the labor market side. One of the fastest ways to do that would be if we were able to bring back some of the flow of immigrants that really dried up over the last four to five years. I think there are things we can do. There are a lot of tools left.

My optimistic outtake is many businesses are still in pretty good financial shape. These rate increases are not going to wallop them. We saw the savings rate come down recently, but household and business balance sheets are still pretty flush. We’ve got really low unemployment, lots of people are working, so they’ve got cash coming in. So, as these rate increases are coming in, they’re not coming in to weakened households, in to weakened businesses. They’re coming into pretty strong households and pretty strong businesses. That’s where I think the opportunity for success lies. 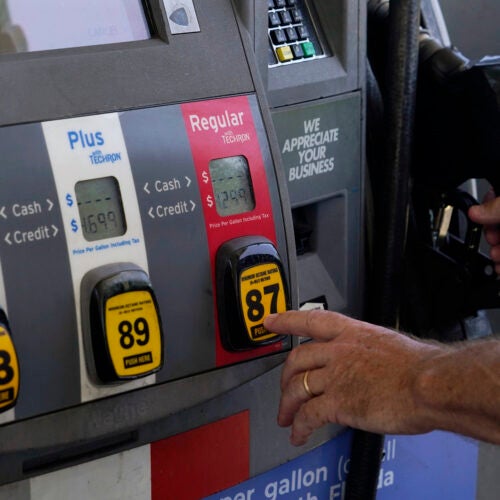 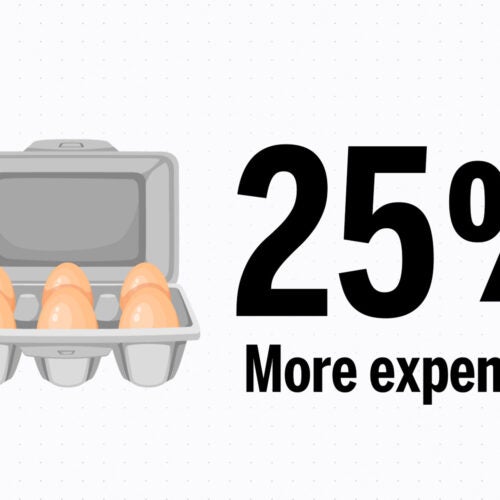