Skocpol tells PBK students: World of trouble awaits you. Fight to fix it. 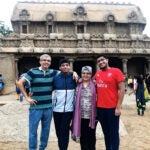 Theda Skocpol, Victor Thomas Professor of Government and Sociology, urged the 2022 Phi Beta Kappa Class to confront “the troubles of our time” and fight to defend the public good during PBK Literary Exercises Tuesday morning at Sanders Theatre.

The world, said Skocpol, is threatened by armed conflict, attacks on truth and science, and the “erosion of the very bedrocks that have supported inclusive civil society and democratic institutions in the United States and beyond.”

Skocpol encouraged students to follow their hearts in pursuit of family and careers, but also to honor the legacies of W.E.B. Du Bois, Helen Keller, and Maud Wood Park, and other Harvard graduates who met “the public challenges of their times.”

“Ready or not, and whether we like it or not, this is a critical juncture in U.S. and world history,” she said. “Basic democratic principles are under manipulative and at times violent attack, with the spearpoint directed against competitive, fair, and honestly counted elections to install public officials and hold them accountable.

“As new Phi Beta Kappans, you have a special obligation to recognize and meet what Martin Luther King Jr. once called ‘the fierce urgency of now.’ High academic achievement and accolades from such an excellent college as this are not a prize; they are a calling to do one’s utmost to serve the common good.”

Skocpol reminded the audience that social progress requires “unswerving persistence,” including efforts to build coalitions that can overcome disagreements. Each of us has the power to set change in motion, she said. Sometimes that involves reaching across divides.

“Get out of your professional bubbles, hear what others have to say in their own words about community matters, including people who harbor views you cannot share,” Skocpol said. “Fight all necessary battles with unswerving commitment and energy. But also find various ways to listen to others and interact as an equal with a broad range of fellow citizens and human beings.”

PBK Exercises have been part of Harvard Commencement since the 18th century. To be elected to Alpha Iota of Massachusetts, the Harvard College chapter of PBK, a student needs to demonstrate outstanding academic achievement and originality, intellectual honesty, and rigor in their undergraduate course of study. Students are chosen by Harvard faculty and senior staffers who are also Phi Beta Kappa members. A maximum of 10 percent of any graduating class can be selected each year. The 76 graduating seniors inducted Tuesday joined 73 members of the class of 2022 elected in previous years.

The ceremony honored three members of the Faculty of Arts and Sciences for teaching excellence: Adam Hesterberg, assistant director of undergraduate studies for computer science, for his “unique combination of approachability and excellence”; Peter Huybers, a professor of Earth and planetary sciences and of environmental science and engineering, for his “generosity and kindness towards students”; and Andrea Wright, a lecturer in anthropology and the Allston Burr Resident Dean of Eliot House, for her “generous devotion to student growth.”

The exercises also feature a reading by a poet. The Pulitzer Prize winner Forrest Gander drew from his most recent book, “Twice Alive” (2021), in which he addresses personal and ecological trauma. Gander read “Immigrant Sea,” “Wasteland (For Santa Rosa),” and “Twice Alive.” “Wasteland” sifts the damage of the wildfires that have ravaged his California hometown the past two years:

Across the valley, on

No one goes on living

the life that isn’t there.

Below a vast column of

and tottering on my

my own extreme weather, sucking up

topsoil and spinning it

outward in a burning sleet

of filth and embers that

with my mouth open

in every direction at once. So

I came for you, churning, turning

the present into purgatory

because I need to turn

everything to tragedy before

I can see it, because

for the feeling to rise.