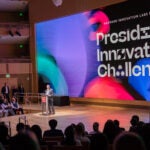 Paul Choi ’86, J.D. ’89, a longtime Harvard alumni leader and a lawyer with expertise on governance, has been elected president of Harvard University’s Board of Overseers for the 2022–23 academic year. Leslie Tolbert ’73, Ph.D. ’78, a neuroscientist and former senior vice president for research at the University of Arizona, will serve as vice chair of the board’s executive committee. Both elected as Overseers in 2017, Choi and Tolbert will serve in the board’s top leadership roles for the final year of their six-year terms.

“Paul Choi and Leslie Tolbert have both served Harvard with uncommon devotion and distinction, especially during their past five years as Overseers,” said President Larry Bacow. “Paul has deep experience with the governance of complex organizations, including Harvard, and a long record of leadership in alumni affairs. Leslie is a widely admired scientist, educator, and academic leader who has in recent years played a particularly valuable role in our visiting committee process. I look forward to working even more closely with them next year, as the Overseers continue to help guide the University through times of challenge and change.”

Choi and Tolbert succeed Helena Buonanno Foulkes ’86, M.B.A. ’92, a past executive in the consumer health care and retail sectors who is currently running for governor of Rhode Island, and P. Lindsay Chase-Lansdale ’74, a developmental psychologist and former vice provost for academics at Northwestern University.

Paul Choi is a partner at the international law firm Sidley Austin LLP, where he is a member of his firm’s executive committee and global co-head of its mergers and acquisitions practice. He has a long record of advising clients on a broad range of governance matters. His professional honors include longstanding recognition in the Chambers publication “The World’s Leading Lawyers for Business,” and he was recently recognized as “lawyer of the year” for his work in corporate governance law in Chicago in the 2021 edition of “The Best Lawyers in America.”
As a member of Harvard’s Board of Overseers, Choi chairs the board’s institutional policy committee and the board’s working group on elections. He also serves on the Overseers’ executive committee and its subcommittee on governance, the governing boards’ joint committee on alumni affairs and development, and the standing committee on social sciences, of which he is the former vice chair. He also is serving or has served on the visiting committees for Harvard College, the Economics Department, Harvard Law School, and the Harvard T.H. Chan School of Public Health.

“It’s a tremendous honor and privilege to be elected as president of the Board of Overseers and to have the opportunity to serve the University and my fellow board members in this new role,” said Choi. “I look forward to working with President Larry Bacow, the Harvard leadership, and my Overseer colleagues in advancing the academic mission of our extraordinary institution and navigating the many challenges and opportunities which lie ahead.” Choi added that he’s “grateful to have Leslie Tolbert, a distinguished scientist and wonderful colleague, as a partner in leading the board.”

Long one of Harvard’s most engaged alumni leaders, Choi served as president of the Harvard Alumni Association in 2015-16 and as a member of the HAA executive committee from 2011 to 2020. He served as an elected director of the HAA board from 2009 to 2012. A past president of the Harvard Club of Chicago and a reunion leader for his College and Law School classes, Choi also has been an alumni interviewer for three decades. He is a member of the dean’s leadership council at Harvard Law School, as well as the advisory board for the HLS Program on Corporate Governance.

A strong advocate for university-based research and for interdisciplinary studies, Leslie Tolbert is Regents’ Professor Emerita in Neuroscience at the University of Arizona. Her career at the university has included such leadership roles as senior vice president for research; vice president for research, graduate studies, and economic development; interim dean of the graduate college; and chair of the campus-wide committee on neuroscience. Her own neuroscience research has focused on the impact of sensory input on the development of brain circuitry, the interactions of neurons and glial cells, and the development and plasticity of the olfactory system.

As a Harvard Overseer, Tolbert serves on the executive committee, chairs its subcommittee on visitation, and also chairs the board’s committee on natural and applied sciences. In addition, she sits on the committee on Schools, the College, and continuing education, the joint committee on alumni affairs and development, and the joint committee on appointments. Besides her overall leadership on visitation matters, she chairs the visiting committee for the Harvard Library and has served on visiting committees for Harvard Medical School and School of Dental Medicine and for several academic departments: Human and Evolutionary Biology, Psychology, and Stem Cell and Regenerative Biology.

“I’m honored by the opportunity to serve as vice chair of the Board of Overseers’ executive committee,” said Tolbert. “I joined the board to give back to the institution that plays such an important national and international role and shaped so much of my own personal and professional lives. Now, I look forward to working even more closely with Paul Choi and my other Overseer colleagues to help President Bacow, Provost Alan Garber, and other Harvard leaders advance and renew Harvard’s tradition of excellence and its leadership across so many domains.”

An expert on early brain development and brain plasticity, she was named a fellow of the American Association for the Advancement of Science (AAAS) for her “outstanding contribution to knowledge of the intercellular interactions between developing and mature neurons and glial cells and service to academic research and professional societies.” She has served on numerous committees, councils, and advisory boards for government agencies, universities, research institutions, and professional associations. An early member of the Society for Neuroscience and past president of its Tucson chapter, she is also past president of the Association of Neuroscience Departments and Programs and of the Association for Chemoreception Sciences.

The Board of Overseers is one of Harvard’s two governing boards, along with the President and Fellows, also known as the Corporation. Formally established in 1642, the board plays an integral role in the governance of the University. As a central part of its work, the board directs the visitation process, the primary means for periodic external assessment of Harvard’s Schools and Departments. Through its array of standing committees, and the roughly 50 visiting committees that report to them, the board probes the quality of Harvard’s programs and assures that the University remains true to its charter as a place of learning. More generally, drawing on its members’ diverse experience and expertise, the board provides counsel to the University’s leadership on priorities, plans, and strategic initiatives. The board also has the power of consent to certain actions such as the election of Corporation members, including the president.