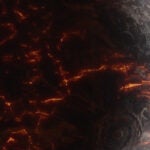 Soyeon Yi beat out 36,000 contestants to become South Korea’s first — and so far only — astronaut to fly into space. In 2008, she lifted off with a crew of Russia cosmonauts on a nine-day mission to the International Space Station (ISS), where she conducted 18 experiments and medical tests for the Korea Aerospace Research Institute.

Yi, who has a doctorate in biosystems, recently attended Space Week, an event hosted by the Space Consortium at Harvard & MIT and started by Alissa Haddaji, a lecturer in space law, policy, and ethics. This year’s event is dedicated to sustainability in space, including mission debris and national security.

Yi spoke with the Gazette about what the war in Ukraine could mean for American and Russian astronauts at the ISS. After the interview the head of Russia’s space agency announced the nation would pull out of the ISS due to economic sanctions over the war but did not set a date for the action. The interview was edited for clarity and length.

GAZETTE: There’s been growing tension between Russia and the West, especially regarding the International Space Station. How important is the war in Ukraine to the continuation of the ISS?

YI: The first idea that comes to my mind is how awkward the relationship is in the space station between Russian and U.S. astronauts because they cannot go anywhere. Maybe they might not have a strong opinion on the war or maybe they would love to avoid talking about that also, because they are not the person who can control or change something. Maybe some of them don’t agree with their own government. If I were either a Russian cosmonaut or American astronaut, I might do my best to not ruin our relationship as a friend or “comrade” because of this uncomfortable situation.

GAZETTE: You were at the International Space Station for about nine days. Could you provide some insight of the relationships between American and Russian astronauts?

YI: All those astronauts are selected from their countries after careful and sincere consideration. They are representatives of their own countries and not as politicians, but as heroes. We know what causes diplomatic problems with huge consequences, so we always do our best not to make a conflict among us. We can hate some country, but we know it doesn’t mean we hate every single citizen of that country. As astronauts, we are always doing our best to distinguish between those two. That’s the kind of essence of the collaboration at the ISS.

GAZETTE: As South Korea’s first and only astronaut, how important is it for you to be an inspiration for other Koreans who want to reach space?

YI: When I came to the U.S. for the very first time as an exchange student in 2003, it was a huge culture shock. A lot of my friends and colleagues, especially in the STEM field, were either “Star Trek” fans or “Star Wars” fans. I didn’t have any resources to think about sci-fi or STEM. When I came here, I felt a little bit jealous, because many friends of mine in the U.S. during their childhood daydreamed about space, watched crazy sci-fi movies, and dreamed about being an astronaut. During my childhood, I didn’t even know the vocabulary attributed to all that. Those movies and then real-life astronauts and space activities work together to inspire kids. Hopefully, I can inspire them to look up to the night sky and to dream about their future in space.

GAZETTE: Why is it so important to you to help nurture the next generation of women in STEM?

YI:  When I looked down to the Earth from space, it made me wonder: “Why on earth I was born in Korea?” There’s no specific reason, and there’s no specific effort I made to be born in that country and in that timeline. I was the first kid in my family to go to college full time, and until I went to the Space Station, I thought life was unfair because some kids had a much better situation than me. But once I got on the ISS, I realized that maybe someone feels jealous of me. Because I was lucky to be born in Korea. I think it’s really important to consider our next generation’s future. It’s in our hands; it’s our responsibility. I’m so honored to be the first, but I don’t want to be the last.

GAZETTE: What are some important conversations we should be having about space sustainability?

YI: ISS is the best test site to practice sustainability and a great example of how we can make sustainability work on Earth. Sometimes sustainability happens not because we really want to do it, but because of the situation. If you don’t have any clean water, you might be forced to recycle your urine. We definitely don’t want to make a situation like that on our Earth; we should be prepared before. We should preserve everything before we run out.