Lapp to step down as executive VP 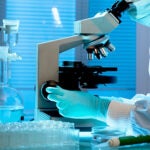 As the University’s chief administrative officer, Lapp has led Harvard’s administrative and operational functions since 2009. She played an integral role alongside Bacow and Provost Alan Garber in managing the University’s response to the COVID-19 pandemic, including surveillance, testing, and tracing procedures, the technology infrastructure that enabled remote learning, and the return of students, staff, faculty, and other academic personnel to campus.

“Katie has made a profound difference at Harvard since her arrival in 2009, deftly leading our administrative, business, and operational efforts through times of transition, uncertainty, and upheaval,” Bacow said in his message to the community. “There is not a part of Harvard untouched by her outstanding service.”

“There’s something more to Katie that I believe truly distinguishes her … she has demonstrated a level of grit and determination that has inspired everyone around her.”
— President Larry Bacow

Bacow also lauded Lapp’s leadership in Harvard’s efforts around sustainability, capital planning, and Allston, as well as in strengthening operational areas, including human resources, information technology, and finance. “In the wake of the Great Recession, she brought renewed focus and discipline to the work of planning and budgeting across the University,” he said. He noted that she has also “inspired Harvard to think creatively about how to preserve and advance our mission despite an ever-changing landscape.”

Lapp joined Harvard from the University of California as the effects of the global financial crisis were being felt across higher education. She has been credited with bolstering the University’s financial planning efforts, instituting University-wide budgeting processes and modernizing administrative processes. She leaves Harvard on firm financial footing, with robust and consistent planning processes, resilient technology and systems, and well-exercised risk and emergency management procedures.

“I can honestly say I have enjoyed every single day of my time at Harvard,” Lapp said. “I have had the opportunity to collaborate with the most capable and dedicated colleagues one could wish for, an unrivaled group of talented leaders, administrators, and staff who work tirelessly in support of this great institution’s mission. That commitment was never more apparent than when responding to the myriad challenges of the 27 months since the pandemic descended on the campus and across the globe. I am grateful for the abundant support, collegiality, and friendship that I have experienced as a part of this team, and I will miss it.”

Lapp has led Harvard’s planning and development efforts in Allston, including overseeing the creation of the award-winning Science and Engineering Complex, development at Barry’s Corner, and plans for an Enterprise Research Campus. As part of her portfolio, and alongside Weenick, Lapp oversaw Harvard’s on-campus sustainability efforts, including meeting initial targets of a 30 percent reduction in greenhouse gas emissions in the decade leading up to 2016. She also serves on the Boston Green Ribbon Commission, which brings together civic and business leaders in the design and implementation of Boston’s climate adaptation and mitigation strategies.

“I have had the opportunity to collaborate with the most capable and dedicated colleagues one could wish for, an unrivaled group of talented leaders, administrators and staff who work tirelessly in support of this great institution’s mission.”
— Katie Lapp

“There is something more to Katie that I believe truly distinguishes her,” Bacow said. “Throughout my presidency, and especially since March 2020, she has demonstrated a level of grit and determination that has inspired everyone around her. Our community would not be in as good a shape as we are now without her steady hand and constant effort, by which I mean an unfailing and unflinching dedication to everything in her purview.”

Weenick takes on the role after eight years leading Harvard’s campus services operations. She was appointed vice president for campus services in 2014 after serving as chief financial officer for the city of Boston, where she oversaw its capital and operating budgets, as well as debt and investment management, financial auditing and reporting, and risk management.

“It is an honor to be able to serve the University that has meant so much to me in this new role, and I am grateful to President Bacow for the opportunity to lead a remarkable administrative team on behalf of Harvard,” Weenick said. “Katie Lapp has set a high bar and built an organization that is effective, innovative, inclusive, and focused on the best ways to enable success for the staff, students, faculty, and researchers who make Harvard what it is. I look forward to building on these efforts, alongside so many thoughtful leaders and colleagues at Harvard and in our broader communities, and to advancing Harvard’s academic mission and work in the world.”

As vice president for campus services, Weenick has been a key member of Lapp’s team and led an expansive portfolio of service departments and operations, including energy and facilities, environmental health and safety, capital projects, dining services, housing and real estate management, sustainability, transportation services, Global Support Services, the Harvard International Office, Common Spaces, and emergency management. She has also had a principal role in supporting the Harvard Corporation’s Committee on Facilities and Capital Planning.

Notably, many of the services and operations within the campus services portfolio have been critical in managing the University’s response to the pandemic, including establishing environmental health and safety guidelines for residential facilities, as well as labs and other workplaces. Weenick played a leading role in the design, renovation, and operation of the Smith Campus Center leading up to its reopening in 2018. She was also appointed in 2016 by then-President Drew Faust as co-chair of the 55-member Task Force on Inclusion and Belonging.

“Meredith has done an extraordinary job managing an expanding portfolio of operations, including energy, facilities, and transportation,” said Bacow. “She has built strong relationships within and beyond Harvard that will enable the work of the executive vice president’s office to continue apace, and I am thrilled that she has agreed to serve her alma mater in a new role.”

Prior to her role as CFO for the city of Boston, Weenick was the associate director of the city’s Office of Administration and Finance, where her portfolio included human resources and benefits and the Boston Public Library system. Prior to her time with the city, she served in management positions in community service and workforce development for over a decade, including as the director of operations at City Year Boston and the deputy director of the Massachusetts Service Alliance, where she was responsible for the daily operations of the Massachusetts Governor’s Commission on National and Community Service.

Weenick graduated from Harvard College in 1990 and earned her M.B.A. from Harvard Business School in 2002. She will take office as EVP this summer and the University will commence a search for her replacement.