Sorry, fries are no match for almonds 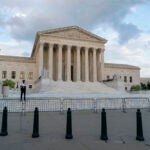 In a perfect world, indulging in a daily portion of french fries instead of almonds would be a simple choice, and no negative consequences would stem from selecting the salty, deep-fried option.

But a Harvard expert says we should take the findings of a new study supporting this scenario with, er, a grain of salt. This potato industry-funded research suggests there’s no significant difference between eating a 300-calorie serving of french fries and a 300-calorie serving of almonds every day for a month, in terms of weight gain or other markers for diabetes risk.

Perhaps snacking on fried potato slivers instead of protein-packed almonds won’t nudge the scale in the short term, but that doesn’t make the decision equally as healthy, says Walter Willett, professor of epidemiology and nutrition at the Harvard T.H. Chan School of Public Health. Crunchy, satisfying almonds deliver health benefits, including lowering “bad” LDL cholesterol. Over the long haul, they’re a far better option to help ward off chronic illnesses — including diabetes — or delay their complications.

“We’ve learned from many studies over the past two decades that weight loss studies lasting less than a year are likely to give misleading results, so a study lasting only 30 days is less than useless,” Willett says. “For example, studies of six months or less show that low-fat diets reduce body weight, but studies lasting one year or longer show the opposite.”

Maureen Salamon is executive editor of Harvard Women’s Health Watch. She began her career as a newspaper reporter and later covered health and medicine for a wide variety of websites, magazines, and hospitals.