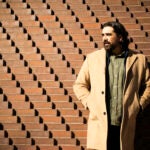 At a meeting of the Faculty of Arts and Sciences on April 5, 2022, the following tribute to the life and service of the late Theodore C. Bestor was spread upon the permanent records of the Faculty.

Theodore C. Bestor died on July 1, 2021, at the age of 69. Known to everyone as “Ted,” he was a major force in the emergence of East Asian ethnography as a subdiscipline within the academic field of social anthropology. His students at Harvard and elsewhere remember him as an engaging teacher who despised ties and formal dress. But it is his wry sense of humor that will always mark him in the memories of his friends, students, and colleagues.

Bestor is best known for his pathbreaking books “Neighborhood Tokyo” (Stanford University Press, 1989) and “Tsukiji: The Fish Market at the Center of the World” (University of California Press, 2004). His published work has an authenticity and an immediacy that reflects his enthusiasm for Japanese society, no doubt nurtured in his adolescence when his father served as a visiting professor in Tokyo. What distinguishes Bestor’s work from the work of other anthropologists of the mid to late 20th century is his focus on urban settings, complex commercial activities, and the culture of markets, both local and global. He essentially lived in the Tokyo fish market, apprenticing himself at one point as a fish carrier (i.e., heavy laborer) for elderly shopkeepers.

“Tsukiji” was translated into Japanese and became an important reference for the 2016 award-winning documentary film “Tsukiji Wonderland,” directed by Naotarô Endô. The filmmaking team not only was inspired by Bestor’s rich ethnography but also asked him to appear in the film along with Japanese chefs, national scholars, and Tsukiji fishmongers themselves. Bestor spent, in sum, a total of several years conducting research in Japan, supporting himself with grants from American funding institutions.

Toward the end of his ethnographic career, the Japanese government recognized his outstanding contribution to international understanding by awarding him the Order of the Rising Sun.

Bestor never forgot his roots as a goloshes-wearing, fish-carting ethnographer — ever ready to explore a new research horizon. Toward the end of his long research career, he spent time along the Maine coast, sailing with local fishermen in search of the “big score” — enormous tuna that would sell for a fortune in Tokyo. He also investigated the lobster industry and indigenous notions of “territory” in an otherwise featureless domain. In the last years of his life, he was at work on two major projects, sadly never completed: a study of the politics of cultural heritage focused on the UNESCO inscription of Japanese cuisine (washoku) as an “Intangible Cultural Heritage of Humanity” and the digitization and distribution of his remarkable collection of Tokyo postcards.

From 1994 to 1996, Bestor served as president of the Society for Urban Anthropology, a section of the American Anthropological Association. He later helped found the Society for East Asian Anthropology as a branch of the American Anthropological Association and became that branch’s founding president. From 2012 to 2013, he served as the president of the Association for Asian Studies, an international organization for scholars who conduct research in Asia. In the wake of the March 11, 2011, disasters of earthquake, tsunami, and nuclear meltdown in Japan, Bestor made several trips with Harvard students and colleagues to the devastated town of Minami Sanriku-chō, working with local citizens on plans for rebuilding and sustaining their community. Throughout his life, he was an enthusiastic participant in academic conferences and seminars; even in his final weeks, he made important contributions, via Zoom, to Harvard departmental seminars. The troubles of his final years left many with a sense of sadness and dismay.

Bestor is survived by his wife, Victoria (“Vickey”) Bestor, a fellow Japan studies scholar, and his son, Nicholas. The final tribute to his work is the enduring impact of his research: no one who has ever read “Tsukiji” can lift a pair of chopsticks and address a piece of fresh sushi without thinking of the master ethnographer.