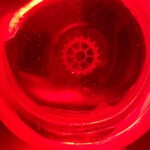 Paleontologist offers up list of lesser-known facts for Earth Day

How much do you know about Earth? The basics are easy, but there’s plenty about the planet most people haven’t heard. For this Earth Day, the Gazette put together a half dozen lesser-known facts with the help of Andrew Knoll, Harvard’s Fisher Research Professor of Natural History and author of the recent popular science book “A Brief History of Earth: Four Billion Years in Eight Chapters.” Now, according to Knoll …

“Earth is a planet that records its own history”

Layered in the planet’s rocks are physical, chemical, and biological inscriptions that chronicle what the world was like at different points in Earth’s history, Knoll says, citing the Grand Canyon as a prime example. While it’s spectacular to see, it’s also a giant library. Each layer of rock has its own story. Rocks at the bottom tell tales from around 800 million years ago, when there was oxygen in the atmosphere but probably not enough to oxygenate the ocean. Above those rocks are ones from 500 million years ago that tell stories about the emergence of land organisms.

All animals — from humans to dinosaurs to trilobites — were late to the party. The reason, he says, is that the history of life on Earth is largely microbial. For billions of years, bacteria and other single-celled organisms were the only life on Earth. In fact, the time interval from the first dinosaurs to today makes up only about 5 percent of the history of life on Earth. Not only do these microscopic lifeforms dominate the planet, but we should also really be thanking them for transforming the planet. Take the cyanobacteria, which ingest carbon dioxide and release oxygen. Some billions of years ago, they started producing more oxygen than the planet’s natural processes consumed, so oxygen began to build up in the atmosphere, paving the way for it to be habitable for animals.

“All the possibilities of life, air, oceans, and continents were put into position as Earth was being created more than 4.5 billion years ago”

Knoll points out that Mars and the other planets could likely never have been like Earth because they didn’t have the right pieces from the beginning. Earth on the other hand, as our solar system formed, received all the ingredients it would need to transform into a big “blue paradise.”

“For nearly the first half of our planet’s history, air and oceans were essentially oxygen-free”

Modern life is bathed in an atmosphere rich in oxygen. It leads to the thinking that life can’t exist without oxygen, but that line of thinking is wrong, says the paleontologist. This goes back to microbes: There were plenty on the early Earth that lived without or with very little oxygen for billions of years.

Earth is a dynamic system and it’s changing all the time, according to Knoll. The change, however, is measured geologically over billions or millions of years. Five hundred million years ago during the Cambrian Period, for example, there were supercontinents, with North America and northern Europe side by side and all the southern continents gathered into one. We live at a particular moment in Earth’s history that’s a culmination of everything that came before. But here’s the kicker: What will the planet look like 500 million years from today? Would we recognize it?

This one clearly doesn’t bode well. Today, our planet is changing at a rate seldom observed in the geologic record, he notes. Since the 1950s, the amount of carbon dioxide in the atmosphere has increased nearly 30 percent. This has warmed the planet, made seawater more acidic (affecting many species), and diminished oxygen in deep-sea environments. Consider this: 252 million years ago, massive volcanism drove similarly strong and rapid environmental change that eliminated most animal species on Earth. Knoll says whether or not the 21st century will also end in mass extinction is up to us.