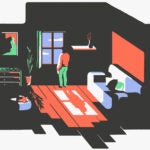 A drug widely used in HIV therapy has shown to stop disease progression in 25 percent of patients with fourth-line metastatic colorectal cancer.

Findings from the trial, published in Cancer Discovery, raise the possibility of an unexpected promising direction in cancer treatment, not just colorectal cancer. The drug used in the study was lamivudine, a reverse transcriptase inhibitor.

“After giving them only this one drug — nothing else — we saw signs of disease stability,” says co-senior author David T. Ting of the Mass General Cancer Center. After adjusting the dosing four-fold, another 23 patients received lamivudine therapy where it was highly tolerated.

The research team observed that 9 of the 32 patients, or 28 percent, had disease stability or mixed response at the end of the trial. “This provides evidence that an HIV drug can be repurposed as an anti-cancer therapy in metastatic cancer patients,” says Ting. While the research team did not see tumor shrinkage, the results are encouraging.

“If we see this kind of response with just one HIV drug, the next obvious trial is to see what else we can achieve with HAART, or highly active anti-retroviral therapy,” adds Ting, referring to the standard three-drug regime for HIV treatment.

The first clues to this unusual drug trial surfaced in Ting’s lab and those of his collaborators over the past 10 years. The team discovered that up to 50 percent of a tumor’s DNA was composed of “repetitive elements,” which were previously considered “junk DNA.”

“After giving them only this one drug — nothing else — we saw signs of disease stability.”
— David T. Ting, Mass General Cancer Center

The repeatome acts much like a virus does relying on reverse transcription to replicate itself and move in the genome. “It’s a way for cancers to change their genome to adapt to stress,” adds Ting, who had the idea to assess whether an HIV drug, such as lamivudine, might interfere with the process.

In their preclinical studies, Ting found that colorectal cancer cells were sensitive to lamivudine, reducing their ability to move. The team also discovered that the drug induced DNA damage and interferon responses, an indication that the drug triggered an inflammatory response in the tumor cells. Although not proven or evaluated in this trial, Ting theorizes that pairing reverse transcriptase inhibitor therapy with immunotherapy might encourage immune cells to become involved in these cancers.

Research shows that in a U.S. population of HIV patients receiving three-drug anti-retroviral therapy for life, their incidence of colon, breast, and prostate cancer was significantly less than the general population. Ting speculates this kind of therapy might prevent a cancer or a recurrence or turn a crushing metastatic disease into a chronic disease like HIV.

“We did the trial to see if we could learn something new about the biology of cancer cells and in the process found this unexpected, very encouraging result,” says Ting. “Disease stability in a cancer patient population this advanced, with just one single agent, is highly unusual and we are hoping we can soon initiate a larger Phase III study with a three-drug reverse transcriptase inhibitor combination.”