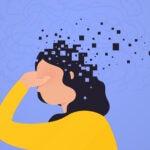 Could help patients, physicians in making screening and prevention decisions

A team of researchers has developed a genetic risk score for six common diseases, which could assist doctors and patients when making medical decisions.

A person’s risk of developing diseases such as Type 2 diabetes or breast cancer may be influenced by thousands of genetic differences. Looking at a single DNA difference that has a small effect on risk may not be clinically useful, but when hundreds or thousands of these small risks are added up into a single score, often called a polygenic risk score (PRS), they might offer clinically meaningful information about a person’s disease risk.

In a new paper published in Nature Medicine, researchers from Brigham and Women’s Hospital, Veterans Affairs Boston Healthcare System, and Harvard Medical School developed and validated polygenic risk scores for six common diseases. The team also developed informational resources for each disease to help physicians and patients discuss how to incorporate PRS when making medical decisions about screening and prevention.

“As a primary care physician myself, I knew that busy physicians were not going to have time to take an entire course on polygenic risk scores,” said corresponding author Jason Vassy of the Brigham’s Division of General Internal Medicine & Primary Care, the Brigham’s Precision Population Health at Ariadne Labs and VA Boston. “Instead, we wanted to design a lab report and informational resources that succinctly told the doctor and patient what they need to know to make a decision about using a polygenic risk score result in their health care.”

The GenoVA Study is currently enrolling patients at the VA Boston Healthcare System, and the investigators reported the results from the first 227 patients, among whom 11 percent were found to have a high polygenic risk score for atrial fibrillation, 7 percent for coronary artery disease, 8 percent for Type 2 diabetes, and 6 percent for colorectal cancer. Among men, 15 percent had a high score for prostate cancer, while 13 percent of women had a high score for breast cancer. The GenoVA Study will ultimately enroll more than 1,000 patients and follow them for two years to observe how they and their primary care providers use the polygenic risk scores in clinical care. For example, high-risk patients might choose to undergo screening tests more frequently or take preventive medications that can lower their risk.

The researchers had to address many challenges in implementing a clinical laboratory PRS test. Most importantly, their own observations confirmed a problem that was already known about these scores: they are less accurate in individuals of non-European descent. Most genomic research to date has been conducted in European populations, thus the scores resulting from this research have a weaker ability to predict disease risk among non-European populations. Implementing a polygenic risk score into clinical care that is only accurate for people of European descent would exacerbate existing health disparities. To address this important limitation, the researchers applied additional statistical methods to enable PRS calculation across multiple racial groups.

“Researchers must continue working to increase the diversity of patients participating in genomics research,” said Matthew Lebo, chief laboratory director at the LMM. “In the meantime, we were heartened to see that we could generate and implement valid genetic scores for patients of diverse backgrounds.”

Another key challenge in bringing polygenic risk score to clinical medicine is that physicians and patients will need support to understand them and use them to make medical decisions. Clinical guidelines do not yet exist to help a physician know whether and how they should treat a patient with a high-risk score differently than an average-risk patient, but the study provides physician- and patient-oriented educational materials to help them incorporate the results. In addition, patients and primary care physicians can seek support from a genetic counselor in the study.

The researchers hope that this first report from the GenoVA Study will be a useful guide for other laboratories and health care systems looking to implement polygenic risk score testing in patient care. “It’s still very early days for precision prevention,” says Vassy, “but we have shown it is feasible to overcome some of the first barriers to bringing polygenic risk scores into the clinic.”

Disclosures: Vassy is an employee of the U.S. Department of Veterans Affairs; the views expressed in this paper do not represent those of the VA or U.S. government.