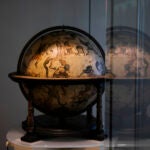 Experiences on, off reservation persuaded Nolan Altvater of power of education to help Indigenous youth

Nolan Altvater grew up in two worlds in northern Maine.

A citizen of the Passamaquoddy Nation, one of the four tribes in Maine that form the Wabanaki Confederation, Altvater’s early years were spent on the Passamaquoddy reservation in Sipayik, Maine. Altvater left the reservation with their mother after their parents divorced but visited it every other week to see their father, and every summer to rake blueberries and do other seasonal work.

Off the reservation Altvater excelled as a student and athlete, especially in basketball. On the reservation life was darker. Altvater watched as half-brother and some cousins dropped out of school and got into trouble over drugs and alcohol. When his half-brother died by suicide at 22, Altvater was overwhelmed by sadness and remorse. The high school sophomore had looked up to him, who was upbeat, funny, and caring, and wondered whether things would have been different had he lived off the reservation.

It was a turning point for Altvater, who, after grappling with feelings of guilt and privilege, realized the impact education could have on a life and the benefits it could bring to Indigenous youth. That insight that would eventually lead them to the Harvard Graduate School of Education, from which Altvater is graduating with a master’s degree in education policy and analysis.

“That’s when it sort of clicked for me,” said Altvater. “When my half-brother passed away, that’s when I started being more serious and more passionate about what exactly what I wanted to do in life to make sure that that doesn’t happen again for other Native youth.”

Half a million Native American and Alaska Native students attend U.S. public schools. They are much more likely to drop out than their white counterparts. In addition Native American/Alaska Natives accounted for less than 1 percent of those who earned a bachelor’s degree in 2018-2019, compared to whites (62 percent), Hispanics (15 percent), Blacks (10 percent), and Asian and Pacific Islanders (8 percent), according to the National Center for Education Statistics.

Altvater entered the University of Southern Maine in Portland with plans to study pharmacy but felt homesick and began having career doubts. They then transferred to the University of Maine at Orono, closer to home, and switched majors to secondary education and human development.

“I was coming to grips with what benefit is my studying pharmacy bringing for my community and my family?” said Altvater. “That’s when I decided I was going to pursue teaching.”

Altvater thought they could improve life opportunities for young Native Americans as a teacher. But they began to consider the possibility that they might be able to do even more good by working in Indigenous education policy, an insight that emerged during an internship at Wabanaki Youth in Science, a program to foster interest in science among Indigenous youth.

Darren J. Ranco, Ph. D. ’00, associate professor of anthropology at the University of Maine, co-founded the program with a multicultural approach that resonated with Altvater.

“It has been proven in the scholarship that one of the key factors of Indigenous students’ success in sciences is to see their culture and themselves in the curriculum,” said Ranco, who is also chair of Native American Programs at the University of Maine. “For someone like Nolan who’s interested in spaces for cross-cultural educational opportunities, it really opened this possibility to see education not as merely a middle-class strategy or a way to assimilate.”

Before coming to Harvard, Altvater was involved in creating curriculum pertaining to a Maine law that mandates all public schools teach the history of Native Americans in the state. The Wabanaki people, also called the People of the Dawn, have lived in Maine for thousands of years, and consider it their ancestral homeland. The law was passed in 2000 but has yet to be implemented.

Telling the story of the Wabanaki people to the outside world is important, but it is crucial to help Wabanaki youth learn about their own history and culture, said Altvater.

“I can spend time and energy teaching the colonizer about the colonized,” Altvater said. “But we can’t just put energy toward teaching about us and forget about our own youth. That is where I realized the power is: in building solidarity amongst us.”

After Harvard, Altvater plans to return to Maine to continue their work with Indigenous youth through Wabanaki REACH, a nonprofit that supports the self-determination of the Wabanaki people. Their journey has come full circle, said Altvater, and it is a testament to the resilience and strength of their Indigenous culture.