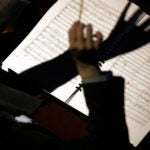 Alena Vachnová to return to changing Slovakia to help fleeing Ukrainians, others

Russia’s attack on Ukraine has driven nearly 5 million people into neighboring countries, including Alena Vachnová’s home of Slovakia. Since late February, these nations have taken in thousands, even millions, of refugees fleeing the ongoing violence.

Slovakia has in recent years been one of the least-welcoming EU nations when it comes to migrants, but the country of 5.5 million had a recent change of heart, accepting an estimated 280,000 Ukrainians thus far.

Vachnová, M.C./M.P.A. ’22, works at a nonprofit in Košice, a city 50 miles from the Ukrainian border, as an advocate for ending family homelessness. For everyone, particularly those who’ve been suddenly separated from other loved ones and uprooted to a strange land, finding a safe place to live is foundational to a person’s well-being, she said.

“It’s about human dignity,” said Vachnová, 44, an Edward S. Mason Fellow at Harvard Kennedy School who graduates later this month. “We see what it does to people who get housing after like 10 years, how stabilizing it is.”

More than 60,000 Ukrainians have requested protection under a new asylum program that offers hassle-free access to employment, education, health-care benefits, and other services while they remain in the country.

Since the invasion began, Vachnová’s group, Foundation DEDO, along with 20 other local nonprofits working cooperatively with local governments, have tried to fill a gap in support for the refugees. DEDO has been working to offer newcomers asylum and legal counseling, social, psychological, and health counseling, and help finding work and long-term housing, once their most urgent needs have been met by humanitarian aid organizations. Some organizations in the network offer language courses, along with cultural, community, and educational events.

“We have seen from the beginning a wave of solidarity of individuals and organizations to provide Ukrainian refugees with the necessary help and assistance after their arrival, but we have expected that support for those Ukrainians who decide to stay in our city long-term might be missing,” she said.

Vachnová’s passion for relieving homelessness and changing the way Slovakia confronts this issue began after the EU awarded Košice nearly €100 million in 2013 to revitalize its cultural infrastructure, such as performance venues, workshops, space for creative artists and groups, and funding for programming. Working for the government as the project’s coordinator, she watched as the city was transformed, with once-moribund neighborhoods coming alive socially and economically in creative new ways.

She also saw what hadn’t been as visible before — people living in the shadows with little help and even less hope.

“There are many families and individuals, single-parent families and others, who really live on the outskirts of the society,” said Vachnová. “And the connecting issue they all face is housing.”

She left government to join DEDO, a nonprofit that assists homeless families, and in 2018, came to Boston to study nonprofit management and social entrepreneurship at Boston University. While here, she worked with Boston Health Care for the Homeless Program, one of the first organizations in the U.S. to bring care out to the streets. She found the experience “eye-opening,” a complete departure from the way things were done back in Slovakia, where the focus is often on simply managing homelessness rather than ending it and where public attitudes remain harsh.

“I was able to see how they integrate health care and social care in their teams, how they use evidence-based approaches to help people not only get health care, but also to be housed,” said Vachnová, who will return to Slovakia after Commencement to scale up the foundation’s work getting homeless families into apartments.

Because homelessness often triggers or exacerbates other harmful health, social, and economic effects, helping people find safe, standard housing as a first step can reduce their need for other services later. “You don’t push people to use shelters, but as soon as possible, you try to house them, and you provide them with support at home so they can sustain housing,” she explained.

While at Harvard, Vachnová has been in constant touch with her family, friends, and colleagues back home. Russia’s attack on Ukraine has reawakened fears and feelings of anguish among many Slovaks who lived through the Warsaw Pact invasion of Czechoslovakia in 1968 and the country’s subsequent Soviet occupation, she said.

The 1989 student uprising that ended those four decades of Communist rule, known as the Velvet Revolution, deeply affected Vachnová and profoundly shaped her sense of purpose. Led by dissident playwright Václav Havel, the event would usher in a democratic-style government and divide the country into Slovakia and the Czech Republic in 1993.

“I remember the moment when I was 12. It was only a few days after the Velvet Revolution started. I was coming from my music class, holding my guitar, and I was crossing the main square in my city. And then, I heard a male voice from the speakers, something about ‘truth and love must prevail over lies and hatred.’ And it was Václav Havel, giving a speech from the library’s balcony, who became president of Czechoslovakia a few days later,” said Vachnová.

“When you grow up in a system that is very closed and authoritarian, and then you hear somebody publicly talking about truth and democracy, you start to believe as a young teenager that this is possible,” she said.

If there’s any positive from the Ukraine crisis, she said, it’s that Slovakia, which had become very politically polarized in recent years, has started to come together around a common national identity and reconnect with its democratic values. It has even finally celebrated its integration into the EU and NATO — two decades after joining, she said.

“It looks like many people in my country tend to like authoritarian regimes, and this tendency is growing,” said Vachnová. “So, one of the things I will go back to my country with is: How can we strengthen the foundations of our society to be sure it will stay a liberal democracy? During the war of Russia in Ukraine, this has become much more important.”

Vachnová is a current Cheng Fellow at the Social Innovation + Change Initiative, a program of the Center for Public Leadership at Harvard Kennedy School.