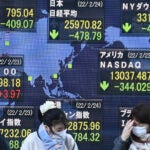 Many governments from all over the world quickly imposed economic sanctions on Russia after its invasion of Ukraine, and several corporate giants followed suit, suspending or cutting business activities or investments there, including McDonald’s, Apple, Dell, Disney, Ikea, Coca-Cola, Google, Meta, Visa, BP, Mastercard, American Express, FedEx, UPS, Ferrari, Ford, Mercedes-Benz, Exxon, and many others.  To understand the effects of the corporate response to the Russian attack, the Gazette interviewed Oliver D. Hart, the Lewis P. and Linda L. Geyser University Professor and a winner of the 2016 Nobel Memorial Prize in Economic Sciences. Hart, who is also the 2021-2022 Jeffrey S. and Margaret Mais Padnos Fellow at Harvard Radcliffe Institute, has focused his recent work on the social responsibility of business. The interview has been edited for clarity and length.

GAZETTE:  We have seen many corporations pulling out of Russia in the wake of the invasion of Ukraine. Have you seen a similar response from corporations to controversial activities by nations in the past?

HART: There was pressure on corporations to pull out of South Africa back in the 1980s. I remember that quite well, but that happened gradually because apartheid was there for years and years, since 1948, and no one did much for a long time. Eventually, things happened. In 1986, the U.S. government imposed economic sanctions against South Africa, banning the importation of South African goods and American business investments in South Africa. Apartheid ended in the early 1990s.

But this is obviously different because there is a war. I don’t recall anything like it. One question is what would be a comparable event, where you might have expected the same reaction? The Soviet Union invaded Hungary and Czechoslovakia, but those were countries within its domain, and there was Afghanistan, of course. And America invaded Iraq, but that was initially supported by many. The invasion of Ukraine is an aggression by a powerful nation, even though Russia is not economically that powerful, but militarily is very powerful. This war does rather stand out, and that may explain the reaction of corporations even absent any change in social attitudes.

GAZETTE: The response from companies has been very fast. Are companies now more sensitive to the pressure of public opinion than they were 50 years ago?

HART: These days, companies are more sensitive to what people are thinking, including not just consumers, but their own workers and their shareholders. This is something I have been interested in in recent years — the increasing shareholder involvement in company decisions and actions and pressure from shareholders for companies to behave in more socially responsible ways. I think that has definitely become a much bigger thing in the last few years.

GAZETTE: How do companies make such swift decisions in the face of a crisis?

HART: All it takes is a board and a CEO consulting the board. How they make the decision is another matter: Are they doing it just in terms of looking at profits or share value? It’s the same set of questions that arises when you see a company doing something good for the environment. Are they doing it just because it’s also good for the bottom line? Or is there some sort of trade-off there? In this case, they may have calculated that if they don’t do it, they’re going to turn off customers, workers, and shareholders, and their market value will go down, or if they do it, their market value will go up.

It’s also possible that they’re doing it because they think it’s the right thing to do even if it cuts into their profits. My own view is that if it’s the latter, they should really be consulting their shareholders, which would take longer, of course. What I’ve argued with co-authors in recent work is that you don’t really want the CEOs’ social preferences or the board’s social preferences to be decisive here because they’re meant to be acting on behalf of the shareholders. The decisive force should be the shareholders’ social preferences. If it’s win-win, that’s easier, then they can say they’re just doing it for profit reasons, but whenever there’s any sort of trade-off, they should be consulting their shareholders, which they obviously have not done. I suppose it’s conceivable that they’ve consulted some of their biggest shareholders, including institutions like Vanguard, State Street, and BlackRock, all of which hold significant amounts of all the major American companies. It’s possible that the CEO or the board has consulted them, but I really don’t know.

GAZETTE: What is the possible impact of the corporate response on the Russian government? Do these actions mean anything?

HART: We just don’t know. I think government action is more powerful than corporate action. If the U.S. government says that companies cannot do business with Russia, that is going to have a bigger impact than if some individual companies do it. But even then, one can ask whether it is going to achieve the desired goal. There is a lot of debate about that. Some people point to situations where there have been boycotts for decades and nothing much has happened, Cuba being a prime example, but then more recently Venezuela or Iran. I don’t think boycotts have achieved much. There is also the possibility that it gets the country to double down and become even more aggressive, and that is a real concern with Putin. But it’s also the case that, and this is true for companies as well as governments, there is some symbolic value, not least because the Ukrainians may feel encouraged, and it spurs them on. I think that’s not unimportant.

GAZETTE: What is the role of consumers and shareholders in a situation like this?

HART: First of all, individual consumers can themselves boycott Russian goods. Back in the apartheid period, when I was living in England, there were boycotts of South African bananas and oranges. They were in the supermarkets, but I didn’t buy them. Did my decision have any effect on South Africa? I rather doubt it, but I still felt it was the right thing to do. Workers at Google or Microsoft can put pressure on their companies to take some action. When it comes to shareholders pressure, that takes longer to manifest itself because it’s not so easy for shareholders to act in a coordinated fashion. The way they do it when it comes to something like the environment is through shareholder resolutions or putting up people for the board. This is something that Carl Icahn, who is a shareholder in McDonald’s, has just done. He nominated two members to its board of directors to improve its treatment of pigs. Another example is what happened with Exxon Mobil where a small hedge fund called Engine Number One managed to get three people elected to the board. And their fight was partly because they felt that Exxon was not being environmentally sensitive, but they also thought that Exxon wasn’t making much money. But this is not something you can do overnight. You have to wait until there is a board election and there is a season for shareholder resolutions. This is a much slower process; it will take time for that to happen. That’s why I don’t think that has happened in the case of Ukraine.

GAZETTE: Some people argue that the corporate response might hurt Russian people. What is your take? What could be the ideal response?

HART: That is one argument against the response. The Russian people will be affected. The counterargument is that maybe hurting the Russian people will stimulate some action by them to stop Putin or even replace Putin. I remember similar arguments happened with respect to South Africa, when people were calling for boycotts, one counterargument was, “Is this helping Black South Africans?” It turned out that a lot of Black South Africans were in favor of the boycott. In the case of Russia, that would be harder to find out because it wouldn’t be very easy to conduct an opinion poll among the Russian people right now. We don’t know.

I’ve been arguing for corporate social responsibility with respect to things like climate and carbon emissions, again, to emphasize coming from shareholder preferences rather than from CEO or board preferences. But I’ve always said that government action is going to be much more powerful, something like a carbon tax to deal with climate change, rather than relying on companies. I think company action is a second-best approach. The same would be true here. Having the U.S. government and other European governments organizing the boycott and the sanctions, rather than leaving it up to individual companies, is going to be more powerful if we can do it that way. But in the absence of government action, I think individual companies can do their bit.