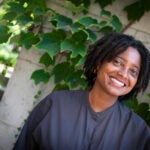 Harvard will welcome U.S. attorney general — ‘a true public servant’ — on May 29

U.S. Attorney General Merrick Garland ’74, J.D. ’77, will be the principal speaker at Harvard’s Commencement ceremony for the Classes of 2020 and 2021 on May 29, the University announced on Monday.

“Merrick Garland is a true public servant,” said Harvard President Larry Bacow. “From his unfailing resolve in the wake of the Oklahoma City bombings, to his widely respected service as a judge, to his leadership at the Department of Justice, he has demonstrated deep devotion to the rule of law and to the cause of justice. It is an honor to have him join us for what will surely be a memorable address.”

Garland clerked for Judge Henry Friendly of the U.S. Second Circuit Court of Appeals in 1977–78, and for Justice William J. Brennan Jr. of the Supreme Court in 1978–79. He served two years as a special assistant to U.S. Attorney General Benjamin Civiletti.

In 1981, Garland entered private practice, working on a range of civil and criminal matters while maintaining a sizable pro bono portfolio. Eager to return to public service, he joined the U.S. attorney’s office in Washington, D.C., in 1989, where he prosecuted cases related to public corruption and drug trafficking.  After a brief return to private practice, he was appointed as deputy assistant attorney general for the criminal division at the Department of Justice, and soon rose to become principal associate deputy attorney general.  In that role, he oversaw high-profile domestic terrorism cases including the Oklahoma City bombing and the Unabomber prosecution.

President Clinton nominated Garland to the U.S. Court of Appeals for the District of Columbia, often regarded as the nation’s second most influential court. Following confirmation, Garland served on the court from 1997 to 2021, including seven years as chief judge. He was nominated by President Obama in 2016 to serve on the Supreme Court, but his nomination was not acted upon by the Senate. Last year, President Biden nominated him to become the 86th attorney general of the United States. He has served in the position since March 2021.

Garland served as a member of the Harvard Board of Overseers from 2003 to 2010, including as president in his final year.