Hope for breast cancer patients, but with a cruel caveat 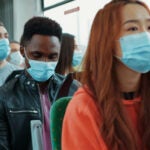 The clinical trial of an old antibiotic for a new purpose is offering hope to thousands of patients with drug-resistant breast cancer whose early remissions have given way to resurgent tumors.

Novobiocin was once used in humans but today is largely limited to animal applications, such as treating mastitis in dairy cows. Its trial as a cancer drug is expected to begin this spring at the Dana-Farber Cancer Institute. If it proves effective, the fact that it’s still manufactured and already approved in people should allow it to become rapidly available to patients, trial organizers say.

While the discovery of a potentially powerful anti-cancer agent in a veterinary niche may seem serendipitous, it sits at the end of a long chain of discovery. That chain has already deepened our understanding of a group of well-known cancers — breast, ovarian, pancreatic, and prostate — that together afflict more than 600,000 people and kill about 140,000 each year. Research in recent decades has revealed that half of ovarian cancers, 15 percent of breast and prostate, and 10 percent of pancreatic cancers share a flaw in their DNA repair mechanism that make them susceptible to drugs like novobiocin. The work has also shown that they are related to a rare, often fatal childhood disease called Fanconi anemia.

In fact, the discoveries trace back to the suffering of Fanconi anemia families, hinging on a key moment two decades ago at a Maine summer camp where children suffering Fanconi anemia offered their blood for science. The distressing irony is that the resulting treatments, which now offer hope to thousands of cancer sufferers, are not only ineffective for Fanconi children, they’re potentially fatal.

“This is a terrible disease,” said Alan D’Andrea, who heads Dana-Farber’s Susan F. Smith Center for Women’s Cancers and who has worked on Fanconi anemia since the early 1990s. “The children have birth defects. They have a strong disposition to developing anemia and then leukemia. And their cells are super-sensitive to DNA damaging agents.”

The condition is rare and genetic. As a recessive disease, a child must inherit two copies of a Fanconi gene — one from each parent — for the condition to develop. It affects just one in 130,000 U.S. births each year, which translates to about 28 children, many of whom are afflicted with short stature, microcephaly, abnormal facial features, or other birth defects. Anemia tends to emerge around age 7, often followed by acute myeloid leukemia and eventually bone marrow failure. Many patients don’t live to adulthood, and the average age of death in 2000 was 30.

“Sometimes the most important discoveries in science are obvious when you hit them.”

D’Andrea, who also directs Dana-Farber’s Center for DNA Damage and Repair, became interested in Fanconi anemia in a roundabout fashion. While he was an undergraduate in Quincy House at Harvard College in the late 1970s, his mother developed breast cancer. She recovered, but the episode sparked an interest that led D’Andrea to the lab of William Haseltine at Dana-Farber, then called the Sidney Farber Cancer Institute. Haseltine was studying DNA repair, a subject that grabbed D’Andrea’s interest. The pair pioneered using new tools of gene sequencing to investigate DNA damage and repair. Later, while studying at Harvard Medical School, D’Andrea became interested in leukemia and then, as an assistant professor at the Medical School and Dana-Farber in the early 1990s, in Fanconi anemia. D’Andrea thought that a better understanding of the condition might not only help those afflicted with it, but also produce insights broadly applicable to leukemias, which affect 61,000 Americans and kill 24,000 per year.

D’Andrea’s efforts were met with enthusiasm. Families of Fanconi sufferers often struggle alone, trying to manage a condition frequently unrecognized by physicians and ignored by researchers. The Fanconi Anemia Research Fund was just a year old when D’Andrea got involved in 1990, but it was already beginning to support research on the condition.

“I first met Alan in the year 1990; our daughter Katie died in 1991,” said Lynn Frohnmayer, one of the fund’s founders. “We were advised to consult with a DNA expert at Harvard about her condition, so we talked to him for a long time. It’s hard to remember a time when he hasn’t been part of what we were doing.”

Community was no less important than research to Fanconi families, who gathered annually at a summer camp on Maine’s Sebago Lake.

“I’d go to this camp every summer and teach the families what we knew about the disease,” said D’Andrea, the Alvan T. and Viola D. Fuller American Cancer Society Professor of Radiation Oncology. “At the same time, we would collect blood samples from the children or the parents, and sometimes skin biopsies. We assumed at this point that if we could clone the genes that were involved for Fanconi anemia, we might discover something very fundamental about why these children get leukemia, and also discover some kind of DNA repair pathway.”

D’Andrea’s method — identifying defective Fanconi genes and using them to understand the function of the normal gene — took time, but slowly revealed the disease’s genetic underpinnings. As Fanconi genes were discovered — scientists have so far identified 23 — D’Andrea’s lab demonstrated how the proteins they encode work together in a biochemical pathway required for DNA repair.

“We figured out that these genes probably work together in some kind of a genetic DNA repair pathway and that was exciting,” D’Andrea said. “But it was a backwater field of cancer research. I would give talks on Fanconi anemia at big meetings and there’d be 12 people in the audience, and they’d be reading the newspaper, not paying attention.”

In the early 2000s, D’Andrea was at the camp drawing blood from an 11-year-old girl who had recently developed leukemia. He was talking with her mother, who was in her 30s, and noticed that her arm was in a sling. When she said she’d had a mastectomy after a breast cancer diagnosis, his interest was piqued.

In the mid-1990s, researchers had identified mutations in two genes, BRCA1 and BRCA2, that increase the risk of early breast cancer. The BRCA genes are tumor suppressors that play a role in DNA repair. In most women, healthy BRCA genes prevent tumors by keeping DNA functioning properly. In women who inherit mutated genes, faulty DNA repair opens the door to tumor growth.

“Suddenly, this rare disease, Fanconi anemia, and this rare pathway that we have been studying crashed into breast cancer and ovarian cancer research.”

D’Andrea’s work over the prior decade had pointed to faulty DNA repair as a cause of Fanconi anemia, so when he heard the young mother’s story, something clicked. He tracked down the girl’s father and asked about his family history. The man said he had been healthy, but that his mother had died of ovarian cancer.

After D’Andrea raced back to the lab, he and colleagues examined DNA from the girl’s samples. They found that she had two copies of a faulty breast cancer gene — BRCA2 — one inherited from each parent.

“Suddenly, this rare disease, Fanconi anemia, and this rare pathway that we have been studying crashed into breast cancer and ovarian cancer research,” D’Andrea said. “And not only those cancers in the general population, but BRCA2 and, subsequently, BRCA1, extremely important cancer-susceptibility genes. We call it today the Fanconi anemia/BRCA pathway.”

“We had been studying all these other Fanconi anemia genes and we knew that process had something to do with DNA repair. It made sense. Sometimes the most important discoveries in science are obvious when you hit them. You realize this child with Fanconi anemia had mutations in the BRCA gene — that’s why this child got cancer. When you get cancer as a child, you get leukemia, you don’t get breast cancer, you don’t get ovarian cancer. Leukemia — that was a very severe form of BRCA deficiency.”

Subsequent research found that the Fanconi anemia/BRCA pathway was disrupted not only in some breast and ovarian cancers, but also in a significant number of prostate and pancreatic cancers.

“Not only did these children have Fanconi anemia, but their parents and grandparents have other cancers: breast, ovarian, and — we now know — prostate cancer and pancreatic cancer,” D’Andrea said. “These poor families, they have children with Fanconi anemia, a fatal childhood disease, and their older siblings, parents, older family members who have a mutation in one of the genes, they get breast, ovarian, prostate, pancreatic cancer.”

A year to 18 months after PARP treatment begins, tumors often recur as the cancer mutates to use a third DNA repair pathway, which relies on a protein called polymerase theta. To counter that move, D’Andrea turned to modern drug-screening techniques, examining thousands of compounds’ effectiveness against polymerase theta. Novobiocin rose to the top. Subsequent trials in mouse models confirmed its effectiveness, which led to plans for the spring trial.

Should novobiocin prove an effective tool, researchers will shift to examining how tumors respond over time and whether they can eventually evade the drug’s effects by using one of the body’s other DNA repair pathways, according to Geoffrey Shapiro, Dana-Farber’s senior vice president for developmental therapeutics and a professor of medicine who is collaborating with D’Andrea on the novobiocin trial. Having an additional drug will also let researchers explore combination therapies that might be harder for tumors to overcome. Such therapies are already extending the lives of many patients and, in some cases, reducing cancer to a chronic disease.

“Ultimately, we will be combining all these DNA repair inhibitors to try to maximize response up front — if it’s safe enough to do that,” Shapiro said. “This is our next decade of work.”

Fanconi anemia remains a target for D’Andrea and other researchers. Thanks to recent advances, including improved survival rates for bone-marrow transplants, more patients are living into their 30s or later. This is good news for families, but the threat of cancer is ever-present, and comes with a cruel twist. While treatments such as PARP and novobiocin grew out of Fanconi-related science, the key difference between Fanconi patients and others with cancer makes those treatments not only useless but potentially deadly for people with the condition.

For most cancer patients, the DNA repair defect that is vulnerable to PARP inhibitors and, potentially, novobiocin is in their tumor cells, which creates targets for treatment. In Fanconi patients, the defect is present throughout their bodies, meaning that the inhibitors would attack all their cells, not just cancerous ones. Frohnmayer said chemotherapy and radiation therapy are also dangerous for Fanconi patients, which limits cancer-fighting options to a heavy emphasis on early detection and surgery while the search for other treatments continues.

“The first gene was discovered in 1992, so we were in the dark. All we had were these horrible statistics,” Frohnmayer said. “Today it’s much more hopeful. People know that getting through the bone-marrow-failure part of the problem is at least a possibility, maybe even a likelihood. We’re working really hard on the cancer problem. And you can at least have the hope that, by the time your child is in danger, there’s going to be a better answer than we have today.”