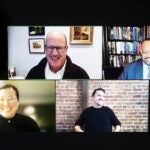 ‘Driven by alumni — and representing our community in a profound way’

Scientists and technologists pursue knowledge in a purely reasoned and systematic way, free from the societal influences and biases that shape other disciplines.

That was the commonly held view when Sheila Jasanoff, Ph.D. ’73, J.D. ’76, was at Radcliffe College in the early 1960s. Over the next five decades she blazed a trail, first at Cornell and then at Harvard Kennedy School, where she has taught since 1998, showing scholars in those fields how inextricability linked their work — and the way it’s understood and received — is to the social, political, and philosophical contexts of the time.

Now Jasanoff, the Pforzheimer Professor of Science and Technology at HKS, has been awarded the 2022 Holberg Prize for her pioneering role in Science and Technology Studies (STS). The award, funded by the Norwegian government and administered by the University of Bergen, is given out annually to a scholar who has made major contributions to the humanities, social sciences, law, and theology. Past Harvard recipients include Cass Sunstein (2018), Robert Walmsley University Professor at Harvard Law School, and Stephen Greenblatt (2016), John Cogan University Professor of the Humanities at Harvard.

While “overwhelming” on a personal level, Jasanoff said the prize, announced last week, is also “an incredible validation that people recognize the worth of this thing that we’ve been working on for years.”

An early research project, in which she compared carcinogen regulations in different countries, yielded unexpectedly disparate results, which piqued her interest in the various ways scientific data and research are understood and responded to by policymakers.

“This taught me that the same fact does not produce the same policy result or the same interpretation,” she said. “That’s what really set me on this path. … it led me to ask deeper questions about what makes that fact a fact? What makes people see certain things and believe them?”

The field has shattered the notion that scientific and technological findings objectively capture the world as it really is, she said.

“Our scientific pictures of the world are really the product of social activity at a lot of different levels,” from what we choose to examine, to how we examine them, to the methodology and objectives, to what is focused on and ignored. “These are all profoundly socially inflected,” she said.

As director of the Program on Science, Technology and Society at HKS, which she founded in 2002, Jasanoff has been instrumental in developing and bringing legitimacy to the field, Harvard colleagues say.

“[T]hat is the elegance of her work — articulating that you can’t separate science and society and ethics and morals.”
— Venkatesh N. Murthy, Raymond Leo Erikson Life Sciences Professor of Molecular and Cellular Biology

“She’s not just a pioneer. She has created a new discipline … a way of asking questions about science and technology” that scientists “tend to overlook,” said Daniel Schrag, Sturgis Hooper Professor of Geology and professor of environmental science and engineering at Harvard, and co-director of the Belfer Center’s Program on Science, Technology and Public Policy at HKS.

Unlike the history of science, “What Sheila’s work does is look at contemporary social and other issues of the impact of science and technology as a combined unit,” said former SEAS Dean Venkatesh Narayanamurti, Benjamin Peirce Professor of Technology and Public Policy, Engineering and Applied Sciences, and Physics Emeritus at Harvard University, who describes STS as “a highly interdisciplinary field, which only recently has been accepted as a coherent discipline.”

“For me, that is the elegance of her work — articulating that you can’t separate science and society and ethics and morals. Because the very way in which you do science, the very questions you ask, the methods that you use, they’re all embedded in things that are outside science,” said Venkatesh N. Murthy, Raymond Leo Erikson Life Sciences Professor of Molecular and Cellular Biology. Murthy said many of his graduate students now seek out STS training, something they rarely did a decade ago.

Jasanoff’s background in math, linguistics, and law makes her perhaps uniquely suited to convene scholars across these disciplines in a credible way, said Narayanamurti.

“You can’t just look at social science independent of the scientists and technologists who actually do the work. You really want to bridge all those disciplines. It’s hard to do.”

Jasanoff is currently working on research to identify a more cross-disciplinary, cross-cultural, and cross-sectoral approach to the future of gene editing; reimagine future Silicon Valleys to include the perspectives of those outside of tech; and analyze the policy responses to COVID in 16 different countries, including the U.S. She plans to use the $675,000 prize money to help support the Science and Democracy Network, a group she founded in 2002 comprised of about 600 scholars from around the world. The group will meet in Cambridge in July.

“This is not about doing history of science. It’s not about doing sociology,” she said of the field. “It’s about taking science and technology seriously and teaching our students and some of the public how to become conversant with being in a technological civilization. I think that if COVID has taught us anything, it’s about the urgency of doing that.”