You call that a wildcat? 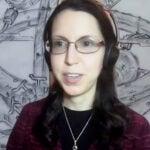 As fans of March Madness cheer upsets, no-look passes, and clutch shots, Harvard biologist Hopi Hoekstra, notebook in hand, has indulged a slightly less-mainstream basketball obsession: documenting whether team mascots are really what they say they are.

Here’s a bracket-buster: Many of them aren’t.

“There are a lot that are pretty close and then there are some that are ridiculously off,” said Hoekstra, a professor of organismic and evolutionary biology and of molecular and cellular biology and curator of mammalogy in the Museum of Comparative Zoology.

Hoekstra has the stat sheets to prove it. She’s kept notes for 23 years on animal mascots that aren’t the animals they’re supposed to be. This year, she looked at the 68 teams that made the NCAA men’s basketball tourney for Sports Illustrated.

Wildcats (25 in total) are among the biggest offenders. For instance, Kentucky’s wildcat is actually more of a mountain lion, except it doesn’t seem to have a tail. The features of Arizona’s Wilbur wildcat — reddish color, facial features, and lack of a tail — suggest he’s more of a bobcat. Meanwhile, Villanova, set to play Saturday in the Final Four, has the most accurate looking wildcat of the tournament, Hoekstra says.

A lot of the biological incorrectness comes because the animal mascots use nicknames for different or many species (like wildcats), so those nicknames get carried forward, even though they’re wrong, she said.

The South Dakota jackrabbit would be accurate if not for its floppy years, which are more characteristic of domestic rabbits. The peacock of Saint Peter’s looks fine, but the coloration is not right for the tail (which Hoekstra admits is a bit nitpicky).

One of the most egregious misplays on Hoekstra’s list is the TCU Horned Frogs, who really should be called the horned lizards. Texas horned lizards have frog-shaped bodies and are nicknamed horned toads, but biologically they are lizards. “That’s a big discrepancy — amphibians versus reptiles,” Hoekstra said. “That’s millions of years of evolution between them.”

Hoekstra started as a mascot monitor at a Minnesota Golden Gophers game in 1999.

“We sat there for like eight hours and I wasn’t a particular college basketball fan so I entertained myself watching the mascots,” Hoekstra said. “And so when out comes this thing that is clearly not a gopher and instead a squirrel, I was incensed.”

Her complaint to the school’s athletic director went unanswered.

Nowadays Hoekstra doesn’t bother with official channels, but adds the offender to her list and revels in the madness.