Milk used to be simple 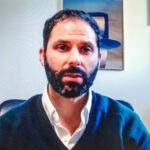 For the longest time, your milk choices were whole, 2%, 1%, and fat-free (or skim). Today, refrigerator shelves at grocery stores are crowded with plant-based milks made from nuts, beans, or grains, and include favorites like almond, soy, coconut, cashew, oat, and rice. Yet the fertile ground of the plant-milk business continues to sprout new options, such as pistachio, pea, and even potato milk. It seems if you can grow it, you can make milk out of it.

So, are these new alternatives better nutritionally than the other plant milks — or just more of the same?

A few facts about plant-based milks

Plant-based milks are all made the same way: nuts, beans, or grains are ground into pulp, strained, and combined with water. You end up with only a small percentage of the actual plant — less than 10 percent for most brands. Nutrients like vitamin D, calcium, potassium, and protein are added in varying amounts. “Still, many alternative milks have similar amounts of these nutrients compared with cow’s milk,” says Walter Willett, professor of epidemiology and nutrition at the Harvard T.H. Chan School of Public Health.

Plant-based milks are considered “greener” than dairy and emit fewer greenhouse gases during production. However, growing some of these plants and making them into milk requires great quantities of water. Most plant-based milks are low-calorie. On average, though, these milk products cost more than dairy.

Nutrition, calories, and other benefits of newer plant-based milks

Here’s a closer look at three new members of the alternative-milk family.

Pistachio milk is not green like the nut, but rather an off-brown color. Because it contains little actual pistachio, you miss out on the nuts’ essential vitamins and minerals, like thiamin, manganese, and vitamin B6. Yet pistachio milk contains less than 100 calories per cup, which is similar to skim cow’s milk and other plant-based milks. One extra benefit of pistachio milk is that it’s a bit higher in protein than other plant milks (which can be light in the protein department compared with cow’s milk).

Pea milk is created from yellow field peas, but has no “pea-like” flavor. Its color, taste, and creamy consistency are close to dairy, so people may find it more appealing than the sometimes-watery texture of other plant milks. Pea milk has a decent protein punch — at least 7 grams per serving — and each serving adds up to about 100 calories. It also requires less water in production than other plant milks and has a smaller carbon footprint than dairy.

Potato milk looks more like regular dairy milk than other plant milks because of the potato’s starchy nature. It’s arguably the most eco-conscious plant milk because growing potatoes requires less land and water than dairy and other plants. Potato milk also is low-calorie: 80 to 100 per serving.