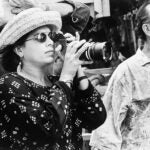 ‘Ulysses’ and ‘Odyssey’ are reimagined

To some, tackling two of the literary canon’s most notoriously difficult classics would be a nightmare. But to composer and librettist Benjamin Perry Wenzelberg ’22, it was a dream opportunity. His “Nighttown” simultaneously reimagines James Joyce’s “Ulysses” and Homer’s “Odyssey,” creating a haunting existential parable that explores the complexity of modern relationships. His Molly Bloom is awakened from sleep by a bolt of chromatic blue light while Stephen Dedalus sings a heart-wrenching plea; a dark liturgy evokes Mahler’s symphonies as the character Boylan floats across the stage, gripping a streetlamp with wheels on the bottom.

In pursuit of his vision for “contemporary opera for contemporary times,” Wenzelberg also reimagined the character of Bella Cohen, who runs a brothel in “Ulysses,” as Bell* Cohen — an explicitly genderfluid role whose music can be sung in different octaves depending on the voice of the performer.

“Benjy Wenzelberg’s ‘Nighttown’ is remarkable. To have penned either the work’s skillful libretto, or its intriguing musical score, alone would have been achievement enough; but to have created both, crafting them into a compelling musico-dramatic narrative — one which advances the operatic genre — is, indeed, extraordinary,” musical director and University organist Edward Jones said. “I know that this work will have a long and illustrious life beyond its hallowed walls.” 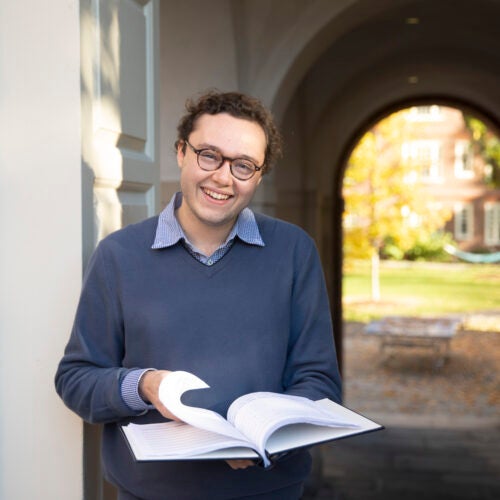