Undaunted on pitch, and off 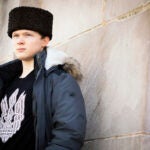 Her bowel disease has been painful, debilitating, but rugby star Cassidy Bargell hopes sharing story will ease angst of others with it

Three years ago, Cassidy “Cass” Bargell, then a first-year in Eve Wittenberg’s health-focused expository writing course, wrote an essay about what it means to be healthy.

“Her paper struck me because it was really perceptive, beyond what she maybe even realized,” recalled Wittenberg, senior research scientist at the Center for Health Decision Science at the Harvard T.H. Chan School for Public Health. “We talked about it later during her own health crisis, because she basically wrote that ‘health’ is not to be as healthy as other people, but to be as healthy as you can be. Those weren’t my words; they were actually hers. That will stick with me forever.”

In November, following two months of progressively debilitating symptoms, Bargell, a captain of the varsity women’s rugby team and resident of Currier House, underwent a subtotal colectomy and temporary end ileostomy at Beth Israel Hospital in Boston. The surgery removed her entire colon and surgeons attached an ostomy bag to her lower abdomen.

“It’s not who I am, but it’s part of my identity now,” said Bargell. “I want to share my story because after surgery I spent hours on the internet, looking for other people with stomas or ostomies — anyone who could show me life was going to be OK. Because I kept being told it would be, but it just wasn’t feeling OK at the time.”

An athlete with Olympic and World Cup potential, Bargell helped lead Harvard to a national championship in 2019. She spent the pandemic year training with the USA women’s rugby national team. When the symptoms of inflammatory bowel disease began in October 2020, doctors couldn’t offer an immediate diagnosis. Bargell returned to campus in August 2021 in increased pain.

“I was getting progressively worse. I didn’t realize how sick I was — I had gotten so used to it over the past year,” Bargell said. “I just thought my body could handle it.”

But she would spend the next four weeks in and out of hospitals, even taking a midterm while admitted. Eventually the integrative biology concentrator with a secondary in government withdrew from classes.

“I wasn’t living. I was staying alive, but I couldn’t do anything. I couldn’t walk. I couldn’t eat. I couldn’t sleep. That’s when it started to get real, that I might need surgery,” Bargell said. “My first question was, ‘Can I play rugby again?’ and from the start, my surgeon at Beth Israel [Dr. Kristen Crowell] said, ‘Yes. You can do whatever you want. It’s not going to be an issue.’”

In the days after the operation, Bargell came to terms with the very real changes to her body. “The ostomy nurses, who are the best people, showed me how to do a bag change for the first time. My whole thing was: I’m going to lean into this and not be scared of it,” she said. “Now I have to do a bag change twice a week, which is just a new part of my routine.”

“Ostomies are a lot more common than people know, because you would have no idea if someone didn’t tell you,” Bargell said. “I don’t want people to think it’s gross or weird. It’s obviously different, but it saved my life.”

Following surgery, the native of Silverthorne, Colorado, returned home. Having lost 25 pounds during the fall, she began to regain weight and started to work out again. Doctors cleared her to return to team training in January. She captured the moment on Instagram — posting photos with her teammates, back on the rugby pitch, proudly displaying her ostomy bag with the hashtag #nocolonstillrollin.

She has no restrictions on her diet or activities, but is mindful to chew her food well to avoid painful blockages and is careful to avoid dehydration.

“Cass just processed her illness the same way she processes everything in life — with this positive outlook, this must-do mentality, this determination,” said Mel Denham, Harvard’s head coach for women’s rugby. “We always talk about character. I don’t think I’ve ever seen character revealed in that way — in such an unfathomably difficult challenge. I’ve just never seen a light shine like that.”

In the spring, Bargell is scheduled to undergo two more surgeries to construct an internal J-pouch, which, if effective, will eliminate the need for her ostomy bag. She hopes to be ready for the start of Harvard’s fall 2022 rugby season and a final semester. Remarkably, in 2021, she led the Harvard team in scoring tries (similar to touchdowns in football) despite only playing half the season.

“I definitely have moments where I don’t understand why this happened to me, where I’d give anything for a normal digestive tract. I wouldn’t wish this on anyone,” said Bargell. “But I’ve also learned so much through this. I realized how good the small moments in life are — being with my friends, walking across the river to practice, or even enjoying food, which is something we don’t always do, because we’re in such a rush to eat and go to class. Life is just so good, regardless of the hard parts.”

“To see her at the hospital so incapacitated was just shattering,” said Francesca Barr ’22, Bargell’s blockmate and teammate. “Cass has such a radiant energy. She just loves bouncing around this campus. … And if it’s possible, she’s come out of this whole experience with even more love. It’s such a blessing to have her back.”