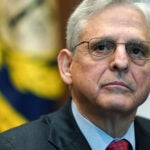 Author, scholar and educator is a prominent voice on race, politics

Allyson Hobbs ’97, whose award-winning writing, scholarship, and teaching tackle the history and lasting impact of race in the U.S., will serve as this year’s chief marshal of alumni, the Harvard Alumni Association announced today.

Following a tradition that goes back more than 120 years, Hobbs was elected by her classmates and will play a number of ceremonial roles in celebration of their 25th reunion. In June, she will lead the alumni parade as part of Harvard Alumni Day and host a special luncheon in Widener Library, where University leadership convene with a small group of alumni leaders and other dignitaries, including the Harvard Medalists and the Alumni Day featured speaker.

Hobbs said she felt “deeply honored” to be chosen, and called the Class of 1997 “the most wonderful group of people I’ve ever known. My gratitude for the opportunity to celebrate with my classmates, all in person, is boundless, and I’m counting the days until we can all be together again on campus.”

Alumni will be able to reconnect in person for Harvard Alumni Day, reunions, and other alumni programs across the campus, after the pandemic kept many from visiting for two consecutive years. Events will be simultaneously live-streamed for those who cannot attend in person.

“As a respected historian and storyteller, teacher, and scholar, and community-builder, Allyson Hobbs has spent her career helping us understand racial injustice, its complex human cost, and how its history is something that links and impacts all of us,” said Vanessa Liu, HAA president. “Fierce in her conviction that the past has much to teach us, Allyson is an example of the countless Harvard alumni who are shaping our world, like all of the chief marshals before her.”

Hobbs is an associate professor in Stanford University’s Department of History, director of African and African American studies, and a Kleinheinz University Fellow in Undergraduate Education. She is the recipient of Stanford’s highest teaching prize.

She is currently writing two books, “Far from Sanctuary: African American Travel and the Road to Civil Rights,” which examines the road trip through the lens of 20th-century African American motorists, and “To Tell the Terrible,” which explores the collective memory of sexual violence among generations of Black women.

She has published essays on race and politics for The New Yorker, The New York Times, New York Times Book Review, The Washington Post, The Nation, TheRoot.com, The Guardian, Politico, and The Chronicle of Higher Education.

Hobbs has received fellowships from the Ford Foundation, the Michelle R. Clayman Institute for Gender Research, and the Center for the Comparative Study of Race and Ethnicity at Stanford. She was honored by the Silicon Valley chapter of the NAACP with a Freedom Fighter Award. She has served on the jury for the Pulitzer Prize in history and as a distinguished lecturer for the Organization of American Historians.

Hobbs earned her Ph.D. in American history from the University of Chicago.

Hobbs said she realized while at Harvard “that a university would be my professional home. I love the partnership between teachers and students, not only to engage with scholarship but to work to understand a changing world and to try to change the world ourselves. This collaboration never fails to fill me with joy.”

She called writing her thesis about the Highlander Folk School, nestled in the mountains of Tennessee, transformative. “It was a very unique place that began as a labor-organizing school and later became a center for civil rights and nonviolence activism that trained leaders and Civil Rights icons like Dr. Martin Luther King and Rosa Parks,” she said. Hobbs traveled to the school the summer before her senior year. “The moment when I was handed the keys to Highlander’s archive was the moment when I knew I wanted to be a historian.”

Hobbs was extremely active outside the classroom as well, including participating in the Crimson Key Society and the First-Year Outdoor Program. “I wanted to make Harvard a welcoming place for all first-years, especially those who might otherwise have felt intimidated or apprehensive about starting their College experience,” she said. When Hobbs joined Harvard’s Black Student Association, she was able to “connect to the Black community at Harvard socially and intellectually.”

As an alumna, her service to Harvard has included interviewing prospective students, coordinating the Harvard Black Alumni Society’s San Francisco chapter, and working on the Harvard College Fund Gift Committee for her Class’ 15th Reunion.

“My connection to Harvard is fundamental to who I am today,” Hobbs said. “The pride that I felt in joining the Class of 1997 had to do with what Harvard means as an institution, to its long history of prioritizing scholarship in the arts and sciences, and with the commitment to lifelong learning as central to the lives of its graduates.”

Since 1899, the 25th College Reunion class has been charged with selecting a chief marshal based on criteria that include success in one’s field as well as service to both the University and the broader society. As this year’s chief marshal, Hobbs joins a list of illustrious alumni who have held the position, including former U.S. poet laureate Tracy K. Smith ’94, who is this year’s featured Harvard Alumni Day speaker; astronaut Stephanie Wilson ’88; Pulitzer Prize–winning reporter Linda Greenhouse ’68; City Year co-founder Alan Khazei ’83; former Secretary of Education Arne Duncan ’86; and former Rhode Island Gov. (now Secretary of Commerce) Gina M. Raimondo ’93.