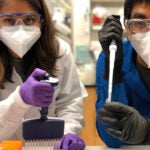 Gabriella “Biella” Coleman took her first anthropology course in high school, a formative experience that led her to study healing rituals and spirit possession in college and grad school. But a year-long illness and fast internet connection inspired a swerve in focus to the burgeoning hacker world. Today she is considered one of the foremost scholars in the interdisciplinary fields of technology studies, media anthropology, digital activism, and security. Author of “Hacker, Hoaxer, Whistleblower, Spy,” Coleman began teaching in the Department of Anthropology last month and joined the Berkman Klein Center for Internet and Society as a faculty associate. Interview has been edited for length and clarity.

GAZETTE: The world of hacking is constantly evolving. What are you working on now?

COLEMAN: I am deep into two big projects — one recently published by the Data and Society research nonprofit called “Wearing Many Hats: The Rise of the Professional Security Hacker” traces how former underground hackers came to occupy a privileged spot in the security industry.

Many had formerly been underground hackers banded in small groups who broke into computer systems. They did so not to cause harm, but for the intellectual thrill of learning about security and computers when such knowledge was not readily available in books, online, or the academy.

In the late 1990s, these hackers started to claim they had the expertise for improving computer security. And they did, but they still had to convince others of their trustworthiness given their outlaw status.

When some of these hackers started to seek employment, a few prominent figures cautioned against hiring them. So as they stepped out the shadows to engage with a nascent security public, hackers had to do all this labor to rehabilitate their image. Many indeed went pro and became employable, highly respected security professionals. Some even became industry leaders, but at the time they first made a claim for their special expertise, it was unclear whether anyone would take them seriously.

This project, which is ongoing, is historical and so the pace of research was slower and much kinder compared with my earlier work on Anonymous, the global collective credited with cyberattacks on governments and other institutions, and the free and open software movement. Even as I conducted face-to-face research, much of it was online. And as an anthropologist, the expectation is to be present, to participate. And when you can be present 24-7 by logging into various online forums, the pressure to be there is as immense as it is enticing.

The second project is a book of essays I’m currently calling “Weapons of the Geek,” which is tied to the Henry Morgan Lectures I’m giving this spring at the University of Rochester. Many tend to think hackers are either freedom fighters, sticking it to “The Man,” or are part of re-establishing and fortifying power structures. But it’s both or neither. It all depends on time, place, the groups, and projects. With this book, I hope to make this ethical and political variability far more palpable by juxtaposing different hacker projects and histories that complicate the idea there is an essence to hacking. For instance, one essay covers a radical hacker collective in Spain called Xnet that managed to jail bankers thanks to their whistleblowing efforts. Another essay covers a cloak-and-dagger history whereby the French state infiltrated the hacker underground to enroll them to spy. In sharing very different stories around hackers in different eras and regions, I hope to get readers to think about hacking in more nuanced and less binary terms.

GAZETTE: Why is the history of hacking so important to research now and amplify?

COLEMAN: That’s a great question. First, so much of hacker history exists online but is vanishing before our eyes. My latest project wouldn’t have been possible without the uber internet archive, the Wayback Machine. Other material unavailable there, which I used, has already disappeared. I try to digitally snapshot and store everything offline. We can’t assume what exists today will be here tomorrow.

Second, the history of hacking holds lessons to thinking through contemporary problems and predicaments. Take, for instance, the hackers who became security professionals. These hackers did not play nice. They forced software vendors like Microsoft to care and pay attention to security by being loud, spectacular, and adversarial. Today the need for such antagonistic, independent critique has never been greater, as a means to force social media giants like Facebook or Twitter to fix problems around socio-technical harms and vulnerabilities. For example, being on Twitter as woman journalist of color might mean that you’re going to get really harassed. So what can Twitter do, either at the level of policy or design, to minimize this harm? That’s much tougher to solve than fixing some technical bug, but getting the companies to even care requires the same sort of pressure that hackers had exerted on software vendors.

GAZETTE: How well-educated is the public as to who and what hackers are?

COLEMAN: Certainly 10 or 15 years ago if I told anyone, “I study hackers,” most people would immediately think: criminal-wizard stealing my credit card. Today someone still might think that or Russian nation-state hacker, ransomware hacker, Bitcoin entrepreneur, or hacktivist. Hackers land on headlines so often and for so many different reasons.

One common misperception is that hackers are asocial, loners, misfits. The reality is hacking is quite cooperative and social. For example, with free and open-source projects, some of which boast thousands of collaborators, project members not only develop software, but build institutions guided by complex voting procedures, membership guidelines, and legal philosophies. They are really thoughtful about governance structures — it is one reason that some of these projects are still kicking around 20-plus years after they were first chartered!

Anonymous was also highly social in nature, and norms encouraged the sublimation of ego. If anyone tried to amass personal fame or attention, they were put in their place. There is still a tremendous degree of sharing with little fear of being scooped.

More so, some people may think that hackers are psychologically off-kilter. The reality is far more mundane. While hackers are still overwhelmingly men, they are not deranged misfits. Some are college students; many hold jobs in technology companies doing the work of coding, security research, or administering servers and networks. They love to gather at conferences and other meet-ups, on- and especially offline. They may be obsessed with computers and learning, but academics are similarly obsessed with their work, right?

GAZETTE: Tell me about your background, and how you got here.

COLEMAN: I grew up in Puerto Rico. Interestingly enough, when I was 16 I took an anthropology course in high school. I fell in love almost right away and knew this was the path I wanted to take. When I went to college and grad school, I settled on religious healing in Guyana, South America. My side interest in free and open-source software already existed but that topic did not even strike as an option. It was too far off the beaten path, at least for graduate students.

But life had other plans for me. I ended up sick and home-bound for a year. My laptop and fast internet connection meant I could continue learning from home. When I got better, I was keen to continue my study of hackers, partly as it had not been studied ethnographically. My supervisor was supportive, but honest about my future. She told me point-blank, “You probably won’t get a job in an anthropology department,” and she was right. I’ve spent most of my career outside anthropology departments [media studies at NYU and McGill], so Harvard is my first bona fide anthropology position!

GAZETTE: Can you talk about doing this work in the anthropology space?

COLEMAN: Back in 1998 when I started grad school, I could count the number of anthropologists working on digital media on one hand. Today there are dozens and dozens of anthropologists who dedicate themselves to the study of contemporary technologies. Digital media is now so vital and for so many spheres of life, that many projects include a media component.

Still, I don’t always find it useful to approach the digital world as a stand-alone research arena. It encompasses tremendous plurality. Even digital activism is a bit of a misleading category. It includes everything from slacktivism, like signing a petition, to risky hacking and leaking. Researchers have to specialize, and yet there is this understandable need and pressure to follow more general trends, around, say, laws that shape online privacy or content, platform politics, the role of artificial intelligence in determining what content we see, and much more.

Even my area of specialization is home to tremendous diversity, and I’ve only specialized in a few arenas: free software, hacktivism, security. There is so much more: like piracy, cryptography, phone phreaking, biohacking, hardware hacking. I do try to follow research in these other arenas. It helps me determine what might be particular to one domain and what needed cross-cuts across field of practice and place.