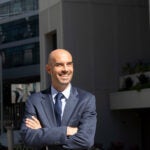 ‘Schools should not close’

An additional “booster” dose of Moderna or Pfizer mRNA-based vaccine is needed to provide immunity against the Omicron variant of SARS-CoV-2, the virus that causes COVID-19, according to a study by researchers at the Ragon Institute of MGH, MIT and Harvard. The results of this study, reported in the journal Cell, indicate that traditional dosing regimens of COVID-19 vaccines available in the United States do not produce antibodies capable of recognizing and neutralizing the Omicron variant.

In late November, health officials in South Africa reported that a previously unknown variant of SARS-CoV-2 was rapidly spreading throughout the country. The variant, given the name Omicron by the World Health Organization, would soon prove to be far more transmissible than Delta, the variant that previously had caused the majority of COVID-19 infections. “People desperately wanted to know whether current vaccines protect against Omicron,” says the senior author of the Cell paper, Alejandro Balazs, whose laboratory at the Ragon Institute investigates how to engineer immunity against infectious diseases.

To find answers, Balazs collaborated with a team that included the lead author of the Cell paper, Wilfredo F. Garcia-Beltran, a clinical pathology resident at MGH and a clinician-scientist fellow at the Ragon Institute. The first step was to construct a harmless version of Omicron known as a “pseudovirus” that could be used in the laboratory to evaluate the effectiveness of the three COVID-19 vaccines available in the United States, which include the two-dose Pfizer and Moderna injections and the one-dose Johnson & Johnson vaccine. The pseudovirus that Balazs and colleagues created mimicked the behavior of Omicron, which has 34 mutations on its “spike” protein that are not found on the original strain of SARS-Cov-2 first detected in Wuhan, China, in December 2019. Scientists believe that these mutations may be partially responsible for Omicron’s rapid spread throughout the world.

Next, Garcia-Beltran worked with colleagues at MGH, including hematology-oncology fellow Vivek Naranbhai, to acquire blood samples from 239 individuals who had been fully vaccinated with one of the three COVID-19 vaccines. The study subjects included employees within the Massachusetts General Brigham health care system and residents of Chelsea, Massachusetts, a community with a high rate of COVID-19 infections. “It was important to us to have a diverse population represented in the study,” says Garcia-Beltran. Included in this group were 70 men and women who had received a third booster dose of either the Pfizer or Moderna vaccine, according to recommendations by the Centers for Disease Control and Prevention.

The blood samples were used to measure how effectively each vaccine induces production of protective immunity in the form of antibodies against the Omicron pseudovirus, as well as the Delta and wild type viruses. The results were striking. “We detected very little neutralization of the Omicron variant pseudovirus when we used samples taken from people who were recently vaccinated with two doses of mRNA vaccine or one dose of Johnson & Johnson,” says Balazs. “But individuals who received three doses of mRNA vaccine had very significant neutralization against the Omicron variant.”

It’s not yet clear why an mRNA booster dramatically improves immune protection against Omicron, but Garcia-Beltran says one possibility is that an additional dose creates antibodies that bind more tightly to the spike protein, increasing their effectiveness. Also, a booster dose may generate antibodies that target regions of the spike protein that are common to all forms of SARS-CoV-2. Both theories may be true, says Garcia-Beltran.

Balazs notes that the three-dose mRNA vaccine regimen — that is, the traditional two doses and a booster of Pfizer or Moderna vaccines — provides somewhat lower levels of neutralizing antibodies against Omicron than it does against the COVID-19 wild type strain or Delta variant. But the study’s results strongly support the CDC’s advice that COVID-19 booster shots are appropriate for anyone 16 and older, and that mRNA vaccines are preferred.

This work was supported by the Peter and Ann Lambertus Family Foundation, the Massachusetts Consortium on Pathogenesis Readiness, the National Institutes of Health, and the German Center for Infection Research.