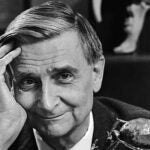 Astronomy lab installs a ramp, pioneers technology to remove obstacles for those with various impairments

A recently installed wheelchair ramp at the Harvard Astronomy Lab and Clay Telescope moves the lab a bit closer to its goal of ensuring the study of the cosmos is an option for all.

“Astronomy is a science that excites and inspires people, and no one should be denied that due to accessibility,” said Allyson Bieryla, who manages the lab and the telescope. “The ramp is a huge step in the right direction in terms of making that space more accessible.”

The wheelchair ramp at the Science Center was put in late last year, but owing to the pandemic went largely unused and unnoticed until recent months. The ramp connects the lab on the eighth floor of the Science Center to the outdoor deck and solar observatory, where the lab and clubs that are based there often host activities, classes, daytime observations, and events such as nighttime stargazing. A high step formerly made it difficult for those in wheelchairs or with walking impairments to move between the two areas.

“We held an open house, for example, earlier this semester where we set up a bunch of telescopes on the Science Center astronomy deck,” said Kidus Negesse ’22, student president of the Student Astronomers at Harvard-Radcliffe (STAHR). “We had a student reach out to us and … say, ‘I’m in a wheelchair, and I’d love to attend.’ We were able to bring this person through the ramp onto the deck and that was previously not possible.”

The ramp also makes it easier to wheel out equipment.

“One of the key things I think about accessibility is it doesn’t just benefit those who absolutely need it. It benefits everyone,” Bieryla said. “There’s a celestial navigation course that uses the deck about two times a week, and they have a ton of equipment. Now they can just roll up a cart over the ramp.”

Overall, the ramp reflects another way the lab has made accessibility a top priority in recent years by putting resources into pioneering tools and redesigning space.

The 2014 acquisition of a Swell Form Printer, for instance, has allowed the lab to assist those with visual impairments by creating tactile image and topographical maps of star systems. It essentially presents users with a kind of real-time experience of exploring a distant galaxy or whatever star system is being studied.

The lab also built hand-held devices called LightSound and Orchestar to convert light and color into sound. The devices allow the lab to turn images of the cosmos into music so students with visual impairments can access them. They work by detecting changes in brightness in an image and assigning meaningful sounds to them — blue light often gets a higher pitch while red is assigned a lower one. The colors can relate to a star’s temperature and be used to help users understand the differences between the bodies. The technology has undergone various revisions and was inspired by the work of Wanda Díaz Merced, a blind astronomer who pioneered some of her advancements in sonification while at the Center for Astrophysics almost a decade ago. She was a collaborator early in the projects.

“We just want to make this concentration and this academic field feel open to everyone,” said Serena Wurmser ’23, co-president of the Harvard Undergraduate Astronomy Society. “We’re hoping that [these efforts] provide steps towards that.”

The Astronomy Lab and Clay Telescope are primarily used for undergraduate astronomy courses and student research projects. Several hundred students use the lab throughout the semester, and it is the main base for groups like the Harvard Undergraduate Astronomy Society, an astronomy concentrator club, and STAHR.

The Clay Telescope sits atop the Science Center building and can be used to see distant galaxies, stars, nebulae, and clusters. It can be controlled from inside the dome or from the Astronomy Lab via a high-frame-rate camera, since the only way to reach the telescope and the Loomis-Michael Observatory is by climbing up a few flights of stairs.

The lab and those who use it hope one of the next major steps in the lab’s accessibility efforts involves an elevator to make it easier for everyone to get up to the top.

“This is just the start,” Negesse said.