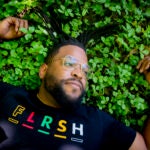 The art of the real

Kuumba singers have a holiday message for everyone

From the sounds of John Legend and Beyonce to gospel or traditional African folk music, everything the Kuumba Singers of Harvard College sing is meant to promote and uplift Black spirituality and creativity on Harvard’s campus and beyond.

Founded in 1970 during a time of racial tension, the group is the oldest existing Black organization on campus. Its name comes from a Swahili word that means “to create” and embodies the group’s core mission of celebrating the Black spirit.

“In Kuumba, a lot of what we sing is born out of struggle because Black people were never meant to succeed, especially succeed in the United States of America,” said Kuumba (pronounced koo-oom-bah) President Adede Appah-Sampong ’23. “A lot of the songs that Black people have created deal with hope, resistance, perseverance. When we sing these songs, it’s inspiring. It brings on this message of love for everyone, no matter what they look like.”

The group currently has about 30 performers and are a non-audition choir open to students of any race or background. The group is very tight-knit, with students often forming bonds that go on well past their time at Harvard.

“For a lot of people when you ask them what Kuumba means to them, they’ll tell you that it means family,” said Appah-Sampong.

The group celebrated its latest season with a clear message for everyone: We’re all almost home. The music of that theme awed a masked and socially distanced crowd at Harvard’s Memorial Church during the singers’ annual winter concerts, the first held since the pandemic began.

“We wanted to celebrate the fact that we were able to come together in some capacity, celebrate that reunion, and celebrate being together because even though we are facing hard times, being able to have one another is so important,” said Appah-Sampong. “That’s us almost being home.”