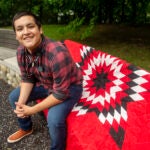 In its 106-page review, the committee found the FAS tenure-track system to be structurally sound. Since its inception more than 15 years ago, tenure-track processes — and the handbook — have been updated continually and improved iteratively. Gay’s charge to TTRC a year ago asked for a deep study of the process as a whole, and identified areas that could use further improvement.

The committee — chaired by Hopi Hoekstra, Alexander Agassiz Professor of Zoology, curator of mammals in the Museum of Comparative Zoology, and professor of organismic and evolutionary biology and of molecular and cellular biology — recommended several changes to better prepare candidates for reviews, increase transparency, revamp the associate review, and mitigate potential bias throughout the system. The committee paid particular attention to how the tenure-track system affects women and faculty of color when it comes to service and timing.

In a message to the FAS faculty on Tuesday, Gay applauded the committee for its “extraordinary work” and endorsed the report’s call for a new level of shared responsibility for the tenure-track system among tenured faculty. The FAS will begin implementing the recommendations this fall, she said. The process is expected to unfold over two years.

“The FAS’s tenure-track system is central to our efforts to build a world-class faculty,” Gay wrote. “Strengthening this system is one of the most important things that we can do. I believe that their recommendations in this report will move FAS forward.”

Hoekstra, who headed a committee of 10 tenured faculty from the divisions of Arts and Humanities, Social Science, and  Science, and the Harvard John A. Paulson School of Engineering and Applied Sciences, spoke to the Gazette about the report and its recommendations. The interview was edited for clarity and length.

GAZETTE: A recurring concern among faculty — both tenure-track and already tenured — is the lack of constructive criticism or useful feedback candidates receive before, during, and after their respective reviews. Could you discuss the committee’s recommendations regarding feedback and how it adds clarity to the tenure process?

HOEKSTRA:  When we listened to our tenure-track colleagues and those who have recently received tenure, one consistent point of frustration was that they didn’t feel they received enough feedback, or at least constructive feedback, during their second-year and associate reviews. One of the ways we tackled this issue as a committee was to recommend normalizing critical feedback. For example, the letter a candidate would receive following a review would include positive feedback, all the things that are going well, but also always, to the extent possible, include areas for improvement or areas that need more attention. These are our colleagues; we want to be reassuring. But, if the expectation is that there will always be some critical feedback, it won’t negate the encouraging, supportive sentiments that we want to share with our colleagues.

Another important point is to make sure that the feedback comes from multiple people. So that it’s not just one voice providing that feedback, but several voices, from, for example, the review committee, the department chair, and the divisional deans.

Feedback after a negative decision is much more challenging. Many parts of the review process are confidential and rely on the trust between those providing candid assessments and those making decisions. Moreover, these decisions are always complex, and it is not always possible to point to one factor that led to a promotion denial. Nonetheless, we recognized that feedback is important both to help departments feel confident in their ability to guide and mentor other tenure-track colleagues and to build trust between the faculty and those involved in the review process. We recommended that more information and feedback be shared from the Committee on Appointments and Promotions to the department, to the extent possible, to better aid tenured faculty and departments in guiding, mentoring, and supporting their tenure-track colleagues — whether a case has a positive or negative outcome. While the ad hoc process was outside of our committee’s charge, which was focused on FAS processes, one could extend this recommendation to the ad hoc as well.

GAZETTE: The committee recommends aligning the associate, tenure, and second-year reviews. Why do you think this will help improve the tenure-track process?

HOEKSTRA: One goal we strived to achieve was to ensure each step of the review processes to be consistent throughout. While this may seem like a subtle change, we felt this was a critical change. If we consider what’s important for the tenure review — excellence in research, but also teaching, advising, mentoring, and service contributions — we want all those aspects to be considered at all review stages, so that one doesn’t focus on any one of those areas in one review, and then more areas on another review. We want to use the same criteria.

For example, when we ask external experts for their views, we want to really think about asking the same question that we’d be asking at the tenure review: Is our colleague tenurable at Harvard? That’s the question we ask at the tenure-review step. Instead, we were asking a slightly different question — whether faculty are tenurable at a major research institution in three to five years — at the associate-review step, and we felt like those things should all be aligned. Similarly, we wanted to ensure we gathered information on teaching, advising, and mentoring as early as the second-year review — both because we wanted an opportunity for colleagues to grow as educators, and self-correct as needed, but also because these are important components of the tenure review step. In that vein, we also made several recommendations about how we can better and more fairly assess contributions to teaching, advising, mentoring, and service.

GAZETTE: Can you talk about the recommendation that puts added responsibility on senior tenure-track faculty as partners and supporters of the process?

HOEKSTRA: Arguably one of the most important processes we participate in and decisions we make as faculty is who will be our lifelong colleagues to conduct research and service as well as teach, mentor, and advise our students. It’s important that our senior colleagues are both fully engaged in the process — and also have and provide as much relevant information to make the most informed views and decisions. For example, we recommended completely rethinking the way internal letters — those from Harvard colleagues — are used. At present, the letters are completely open-ended, which doesn’t always result in gathering useful information and can set the stage for biases to creep in. Not surprisingly, there’s a huge diversity of cultures across divisions and departments about how faculty in those different units engage with the internal letters. We recommended that the FAS adopt a standardized template with specific questions to both provide context to the thoughts shared, to focus on eliciting the information most relevant to the case, and to minimize — or perhaps identify — any bias. So, this was a way to make internal feedback more standard and to elicit the information that we felt was important for colleagues and administrators to have further along in the process. We also hope this will further engage our tenured colleagues over time, to spark a cultural shift.

HOEKSTRA: Perhaps surprisingly, defining what field somebody is in ends up being a key part of the review process. The field definition provides guidance about which external experts may be asked to share their assessment of the candidate’s accomplishments and to help review committees understand how a candidate’s accomplishments fit into and impacted a particular area of scholarship (as well as neighboring fields). Three examples of recommendations we made in this area: First, and perhaps most important, we wanted to explicitly make space for the viewpoint of the candidate to help contextualize their accomplishments. They know their area of impact better than anyone else; they can best explain how their work may be interdisciplinary or challenge the norms in a given field. Second, we recommended additional flexibility for colleagues whose work is, for example, interdisciplinary. Arguably, some of the most exciting work happens at the boundaries of disciplines. Our current system is designed to review colleagues who work within traditional field boundaries, but is more complicated when scholars create new fields, work in emerging fields, or span multiple fields. Finally, we recommended the review committee continue to work iteratively with the offices of the divisional dean and the FAS dean, which have ample experience with case statements, to avoid missteps in defining the field, either making it too broad or too narrow, starting early at the second-year review.

GAZETTE: Can you discuss the committee’s goal to allow for increased flexibility in the processes across the divisions?

HOEKSTRA: Tenure track must function for all units across the FAS and for the varied research expertise of their faculty. We felt it was important to allow for some flexibility, in cases in which it was well justified, while recognizing the importance of standardization. For example, we thought carefully about interdisciplinary scholars, as well as those in new or emerging fields, and decided that allowing for different sets or types of external letter-writers may yield the most relevant information regarding the accomplishments and impact of that scholar.

GAZETTE: How do you think these recommendations will help Harvard attract and retain women and faculty of color?

HOEKSTRA: We’ve thought a lot about ways in which bias may creep into the tenure-track system. We engaged with [FAS Associate Dean of Diversity, Inclusion, and Belonging] Sheree Ohen. We spoke with the chair of the Standing Committee on Women to try to get different viewpoints. We listened to concerns raised by our colleagues. We considered bias in every step of the process and with every recommendation we made. Thus, throughout the report, there are many examples in which we highlight how the current system may differentially impact both women and faculty of color.

For example, we really felt like service needs to be a separate component of the review dossier. Because the typical service load varies so much, both among departments and among divisions, we recommended that candidates, in their own voice, include a statement about service. The same is true for advising and mentoring. So again, hearing directly, not just interpreting from a CV, any “extra” load some faculty carry, and allowing them to have a voice in explaining their contributions. I think that’s one manifestation of thinking more carefully about our female faculty and colleagues of color.

We also thought carefully about the timing of a tenure decision. While there’s a perception that we tenure much later than peer institutions, in fact, often we tenure at the same time as peer institutions, sometimes later — a year — and, in some cases, a little bit earlier. Specifically, we discussed how tenure time may affect women and faculty of color. Some of our colleagues from diverse backgrounds may need more time to learn Harvard’s system, may need more time to network, to make important connections in their fields. Colleagues who are developing new fields, shaking up the current norms, or working across typical field boundaries may need time to have an impact. This was something we talked about a lot, and it informed our recommendation to not shorten the time to tenure.

GAZETTE: Dean Gay will begin implementing these recommendations very soon. Where do you think it needs to begin to be successful?

HOEKSTRA: We provided a large number of recommendations, some straightforward and others more complex. I think that both where it needs to begin and what may be the biggest challenge is simply educating our colleagues — about what the recommendations are and, equally importantly, why those recommendations are in place. The process needs to be as transparent as possible; we tried very hard to do this is our report. Then, we need to ensure that both the current system and the recommended changes are implemented in a consistent way — across departments and divisions. Information and implementation are key. That has to be both the starting and ending point.