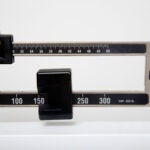 Did we really gain weight during the pandemic?

Immune checkpoint inhibitors, which unleash the immune response against tumor cells, have revolutionized cancer treatment; however, the medications aren’t effective in a large number of patients, including those with colorectal cancer.

Now, new research led by investigators at Harvard-affiliated Massachusetts General Hospital and the University of Geneva and published in PNAS provides insights on why some types of colorectal cancer don’t respond to immune checkpoint inhibitors, and offers a strategy to overcome their resistance.

“Colorectal cancer is the second leading cause of cancer-related death in the United States and worldwide,” said senior and co–corresponding author Rakesh K. Jain, director of the E.L. Steele Laboratories for Tumor Biology at MGH and Andrew Werk Cook Professor of Radiation Oncology at Harvard Medical School. “A major cause of mortality in patients with colorectal cancer is the development of liver metastases, which is the spread of cancer to the liver.”

To address this discrepancy, the investigators decided to take an orthotopic approach (meaning “the normal place in the body”) by injecting the cancer cells in the relevant anatomical sites — for example, the colon, where primary colorectal cancer cells grow, and the liver, where they metastasize.

“We found that these colorectal cancer mouse models were profoundly resistant to immune checkpoint inhibitors, similar to what is seen in patients,” said co-corresponding author Dai Fukumura, deputy director of the E.L. Steele Laboratories at MGH and associate professor of radiation oncology at HMS. “Our results highlight how the environment in which cancer cells grow can influence the effectiveness of immunotherapy. Also, and most important, they indicate that these orthotopic cancer models should be used to study resistance to immune checkpoint blockade as observed in patients with colorectal cancer.”

To determine how liver metastases are resistant to immune checkpoint blockade, Jain and his colleagues investigated the composition of immune cells present in liver metastases in mice and compared it with that of colorectal cancer cells injected under the skin.

“We found that liver metastases lacked certain immune cells — called dendritic cells — that are required for the activation of other immune cells known as cytotoxic T lymphocytes, which can kill cancer cells,” said lead author William W. Ho, a research fellow at MGH. “We saw a similar situation in patients — their liver metastases showed a lack of dendritic cells and activated T lymphocytes.”

When the team augmented the number of dendritic cells within liver metastases (by giving mice a growth factor called Flt3L), the treatment led to an increase in cytotoxic T lymphocytes within the tumors and caused the tumors to become sensitive to immune checkpoint inhibitors.

“Our study highlights the importance of orthotopic tumor models in immunotherapy studies and underscores the relevance of dendritic cells for effective immune checkpoint blockade,” said co–corresponding author Mikaël J. Pittet, professor of immunology at U. Geneva. “It also points to the possibility of developing new therapies that could be effective in controlling resistant colorectal cancer. For example, the combination of Flt3L and immune checkpoint inhibitors is an interesting therapeutic option that is worth evaluating in clinical trials.”

Funding for the study was provided by the National Institutes of Health, the Harvard Ludwig Center, the Advanced Medical Research Foundation, Jane’s Trust, and the ISREC Foundation.