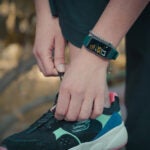 Analysis is first to examine differences in transfer of mother's antibodies

In pregnant women who tested positive for SARS-CoV-2, the virus that causes COVID-19, male placentas showed increased immune activation compared with female placentas, according to a new study published in Science Translational Medicine.

The significantly higher levels of certain genes and proteins associated with increased immune activation may help protect male fetuses from becoming infected with SARS-CoV-2 in utero, but the resulting inflammation could pose risks to the fetus and child, notes Andrea Edlow, senior author of the study and maternal-fetal medicine specialist at Harvard-affiliated Massachusetts General Hospital (MGH).

Moreover, pregnant women with COVID-19 transferred significantly less immunity to the virus to male fetuses than to female fetuses, which could affect an infant’s risk for becoming infected with SARS-CoV-2. “The sex of the fetus influenced both the mom’s ability to generate antibodies to COVID-19 and to transfer them to her baby,” says Edlow.

Epidemiological studies have shown that male adults, children, and infants have a higher prevalence of COVID-19 infection and develop more severe disease than females. Male fetuses and infants are also more vulnerable to a host of pre- and perinatal exposures compared to female babies, so Edlow and her team sought to examine placentas, maternal blood and cord blood from pregnancies affected by maternal SARS-CoV-2 infection.

The study included 68 pregnant women, of whom 38 became infected with SARS-CoV-2 during their third trimester prior to the development of the COVID vaccine. The remaining 30 subjects were healthy pregnant women who tested negative for SARS-CoV-2 in pregnancy. In both groups, half the fetuses were male and half were female.

In a novel discovery, Edlow and her colleagues showed that, compared with female fetuses, the placentas of male fetuses carried by women with COVID-19 had much higher expression of interferon-stimulated genes (ISGs), which play a key role in shielding fetuses from viral invaders in utero. However, the increased expression of ISGs and downstream production of immune cells called cytokines can also result in an inflammatory intrauterine environment, which has been associated with an increased risk for neurodevelopmental or metabolic disease later in life. “While our study didn’t assess those risks specifically, it raises the importance of following these children and looking at male and female fetuses differently,” says Edlow.

In a second significant finding, Edlow’s team showed that mothers with COVID-19 who have male fetuses make lower levels of antibodies against the virus than mothers with female fetuses; they also transfer fewer antibodies to a male fetus. That suggests that males may be more vulnerable to becoming infected with SARS-CoV-2 in infancy and demonstrates that the sex of the fetus can influence the maternal immune response to the virus, notes Edlow.

Next, Edlow and her co-investigators plan to examine the character of antibodies induced by the COVID-19 vaccine and how those are affected by the timing of the vaccine during pregnancy and of course, fetal sex. “We want to know what happens to the placenta when moms are vaccinated against COVID-19 in each of the three trimesters and how fetal sex affects that response,” says Edlow.

Edlow is an assistant professor of obstetrics, gynecology, and reproductive biology at Harvard Medical School and principal investigator at the Vincent Center for Reproductive Biology at MGH.

Major funding for this study was provided by the National Institutes of Health and the March of Dimes.