Behind ‘Dopesick,’ anger and hope 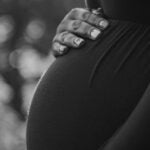 The new Hulu miniseries “Dopesick” paints a grim and compelling picture of the opioid epidemic, which has killed hundreds of thousands of Americans over the past two decades. The series is based on the bestselling book “Dopesick: Dealers, Doctors and the Drug Company that Addicted America” by Beth Macy, a journalist and former Nieman Fellow. In a conversation with the Gazette, Macy explained how her time at Harvard contributed to her development as a reporter, detailed her work on the screen adaptation, and shared her reaction to the bankruptcy settlement that granted the Sackler family, owners of OxyContin-maker Purdue Pharma, immunity from opioid lawsuits. The interview was edited for clarity and length.

GAZETTE: In 2010, you were selected as a Nieman Fellow. How did your time at Harvard help you become an author?

MACY: I wouldn’t have written any of the three books I wrote if hadn’t come to Harvard. After my Nieman year, I went back to my newspaper [The Roanoke Times, in Virginia] with much more confidence and the ability to think bigger and more globally. My first book, “Factory Man,” about a local furniture maker that battled offshoring, is a global story. It begins in China, then it goes down to rural Virginia, then it goes to Washington, D.C. A local reporter isn’t going to think they have the authority to pursue that story, but the Nieman Fellowship gave me the authority to do that. And when I came back to Roanoke, I wouldn’t just call the expert at Virginia Tech; I would call the expert at Harvard.

GAZETTE: How does it feel to see your work adapted for the screen?

MACY: It feels fantastic. “Dopesick” did well as a book; it was a bestseller and won an award. But to see it reach Hulu — all of a sudden, the story is going to have a whole new audience, a younger audience, and hopefully can change the conversation around stigma. I know from all the reporting I’ve done for my next book, which is about solutions to the crisis, that the No. 1 thing that prevents people from having access to treatment is stigma. My hope is that when people see the story playing out on the screen, they will understand that it’s not your former co-worker at Subway who’s still in jail for selling weed or pills that propagated this issue on the nation; it was these billionaire corporations that started it all and continue skating around justice, while your neighbor is sitting in the local jail or in prison because he committed a crime while he was trying not to be dope-sick. And when I say stigma, I don’t just mean personal stigma. I also mean systemic stigma because we don’t spend enough money treating people and we put up too many barriers to medication-assisted treatment. We have an 88 percent treatment gap in America. That means only 12 percent of people with opioid-use disorders were able to access treatment in the last year. We’ve been spending billions, but a lot of that doesn’t reach people because we don’t have the infrastructures in place.

The other thing that the show provides is background for what’s happening today with the Purdue Pharma bankruptcy settlement, and with a crisis that killed tens of thousands of Americans in the last year. It’s also great background for why the opioid epidemic happened. You see decisions being made in boardrooms, then you see pharmaceutical representatives telling falsehoods to the doctors, then you see the doctors prescribing the opioids. And then you see the poor patients getting addicted, committing crimes, and overdosing, and you really see how it played out from all sides.

GAZETTE: What was it like for you to be in the writer’s room, and why did you want to be involved in the series?

MACY: I wanted to make sure that we didn’t stereotype Appalachia, to begin with. I wanted these people to be given their due. Purdue Pharma targeted Appalachia because that region had higher-than-average workplace injuries due to coal mining, logging, and farming. I wanted to show that they weren’t just “pillbillies,” because that’s the stereotype. Second, I thought we could make people empathize with the victims. Most Americans, even though they say that addiction is a disease, still don’t want opioid users in their family or as a co-worker or living next to them. And third, there’s a real strong message in the last two episodes about medication-assisted treatment. Danny Strong, the showrunner, was totally on board with it, and I helped craft the storyline. You see what happens when people do have access to those medicines and when they don’t, and you see them being stigmatized for being on them.

Those were my goals going in, but I just learned so much. Writing for the screen is like learning another language. I wanted to learn a new skill while protecting my work and making sure it has the journalistic integrity that I want it to have.

GAZETTE: You have a cameo appearance in episode three of the show. What was it like?

MACY: It was way harder than it looks. I initially had 12 lines. Just memorizing them was harder than you would think, and Danny was coaching me the whole time. I was playing the editor of the Journal of Pain and I was saying, “These addicts are the problem,” exactly the opposite of what I think. It was hard to make it look natural. I was on a little panel, sitting between two pros, and they were very nice to me. We did 14 takes, and they ended up cutting a lot of it, but it was fun.

GAZETTE: What was your reaction to the bankruptcy settlement that grants the Sacklers immunity from opioid lawsuits?

MACY: It’s wrong. Our jails are full of people with substance-abuse disorders, and a lot of them got started with OxyContin, with this false narrative that opioids were safe that Purdue Pharma pushed so cunningly. When you talk to the families of the dead, they are furious at the bankruptcy judge because whenever he could have made a decision that seemed like he was at least nodding to the carnage in this country, he didn’t. He sided with Purdue over and over again. Several states are appealing the ruling, but we don’t know how those appeals are going to turn out yet. I think we should be protesting in front of the Department of Justice. The DOJ should prosecute, full stop. The parents deserve better. America deserves better than one system for people who got addicted initially through no fault of their own, and another system of justice for billionaires. It’s just wrong.