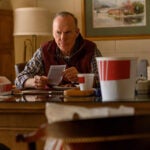 Behind ‘Dopesick,’ anger and hope

A high body mass index (BMI) is closely correlated with insulin resistance and Type 2 diabetes. For decades, nutrition guidelines have emphasized the necessity of decreasing intake of dietary fats. Yet, even as studies demonstrate ties between foods laden with simple carbohydrates and metabolic dysfunction, much remains unknown about how the body processes large amounts of carbohydrates eaten in a single meal.

To study how cells break down carbohydrates in real time, researchers from Harvard-affiliated Brigham and Women’s Hospital and Boston Medical Center studied healthy normal weight and healthy overweight participants as they consumed excess carbohydrates. Their findings revealed that excess carbohydrates can contribute to metabolic dysfunction by blocking the synthesis of important antioxidants and demonstrated that high insulin levels under such circumstances can exacerbate the issue. Findings are published in the American Journal of Physiology – Endocrinology and Metabolism.

“If [carbohydrate] overfeeding isn’t controlled, some of the traditional ways of treating diabetes, like giving patients more insulin to lower blood sugar, can potentially be more harmful.”
— Nawfal Istfan

When the researchers analyzed biopsies from the participants, they confirmed that in participants with high BMIs, changes in the fat tissue that occurred during the study represented a form of metabolic stress often seen in insulin resistance and Type 2 diabetes.

“When we treat people with Type 2 diabetes, the focus is often on lowering blood sugar rather than preventing carbohydrate overfeeding, which is very common in our society,” said Nawfal Istfan of the Brigham’s Division of Endocrinology, Diabetes and Hypertension. “But our study shows that if overfeeding isn’t controlled, some of the traditional ways of treating diabetes, like giving patients more insulin to lower blood sugar, can potentially be more harmful.”

The researchers demonstrated that insulin, which lowers blood sugar by increasing its uptake by the cells, may contribute to metabolic distress when cells are unprepared to process such a large amount of carbohydrates. When an individual consumes carbohydrates in excess, cells break down the molecules and resynthesize them into fats through a “reduction” process that uses electrons. The researchers hypothesized that during fat synthesis, the cells may be “taking electrons away” from other metabolic activities, like the production of antioxidants, which are important molecules that help protect the body from deterioration.

Going forward, the researchers hope to further examine metabolic processes in those with normal versus high BMIs using the quantitative approach from this study, which is common in biochemistry research but not often used to study acute events, like overfeeding, in humans.

“The methodology we used in this study could be used in the future to explore individuals’ predispositions to weight gain,” Istfan said. “There are real differences between patients’ metabolisms, which is something that has been ignored in medicine. Metabolic overfeeding varies between patients, and we need to understand this so we can give more appropriate dietary advice.”

This work was supported by grants 1-13-IN-23 from the American Diabetes Association and P30DK046200 from the NIDDK as well as internal funds from Boston University School of Medicine.