More about flexibility than big-money deals 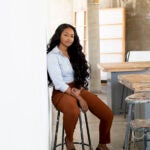 Sam Scherl ’22, a co-captain of the men’s squash team, recalls being denied the opportunity to give a testimonial on the website of a much-respected former coach. NCAA rules at the time prohibited him from supporting any sport-related commercial enterprise during his time on campus.

“It’s an example of a very minor request,” said Scherl, a resident of Adams House. “The little curtailments of my freedom were very frustrating and didn’t really seem to serve a greater purpose. It’s nice to be able to use my voice as I see fit.”

That kind of frustration reflects one of the reasons the NCAA, which governs the eligibility of college athletes, decided this summer to ease its ban on student endorsements and other commercial ties. Changing the rules — which many in college athletics agreed were in need of updating — already has been financially beneficial for some prominent players in revenue-generating sports. For most student-athletes at Harvard and elsewhere, however, those gains have been more modest, but come with more flexibility to consider options.

Associate Director of Athletics for Compliance Christian Bray, who reviews all student-athlete activities involving the use of their name, image, and likeness (NIL), had seen the real-life limitations of the former policy — such as one student-athlete who could not publish an athletics-related book under their own name and another who could not market a sport-specific gadget they created. “In my experience, the old rule not only kept student-athletes from being compensated for endorsements, but also stifled ingenuity and creativity,” Bray said.

The NCAA developed its rules on financial aid, recruitment, and academic standards after World War II to ensure amateurism and level the playing field between schools with differing resources. Student-athletes were allowed to receive, at most, scholarships and stipends for living costs. Many felt those benefits were insufficient, a complaint that grew as more money flowed into marquee sports programs from television and other sources.

After years of proposals about the most effective way to bring NCAA amateurism rules into the 21st century, individual U.S. states this summer began enacting laws allowing student-athletes to use their own names, images, and likenesses, prompting the NCAA to announce an interim national policy.

Influenced by the U.S. Supreme Court’s upholding of the Alston v. NCAA antitrust decision in late June, the new NCAA rules allow many endorsement opportunities and open the doors for student-athletes in social media, publishing, and other fields. NCAA rules that prohibit schools from providing recruiting incentives to prospective athletes or compensating them for competing on their teams remain in place.

“It’s a new frontier in college athletics. Although it is a significant change, allowing student-athletes the same opportunities as other students is consistent with Ivy philosophy, and a positive development,” McDermott said.

Several student-athletes at Harvard, all excited about the change in policy, are approaching it in different ways. Scherl observed, “It’s been a good lesson in deciding what things are worth your time or money or cost.”

The computer science concentrator has an agreement with an equipment company, which provides complimentary squash rackets in exchange for his informal support of the brand. Harvard provides rackets for varsity competitions, but students are responsible for obtaining their own equipment when the College is not in session. Scherl is not required to post on social media about the products, only to speak well of them.

First-year women’s rugby player Kiani Akina ’25 arrived on campus after the July 1 NCAA rule changes. Since high school, she has partnered with companies that ask her to post endorsements in exchange for product and a small commission on purchases by her 2,800 Instagram followers. The Matthews Hall resident noted that as a college student, one’s discretionary spending budget can be limited. Her work with wellness products and clothing lines can close the gaps: “Everything I wore to school today was sent to me,” Akina said.

Acer Iverson ’24, an Adams House resident who competes on the men’s cross-country team, partners with a small local running company to share his experience as a high-level athlete at a well-known academic institution. Iverson creates social media content, which the company posts on its channels, in exchange for equipment and a modest fee. Iverson values both the opportunity to inspire younger athletes who may want to follow his path, and the chance to showcase the tight-knit distance running community. “You don’t see cross-country on ESPN much,” Iverson said.

All three say they are grateful for the chance to pursue a greater range of new opportunities, including some that formerly were available to fellow students but not to them.

“It’s nice to see the NCAA find more of a balance between ensuring a level playing field and amateurism,” Scherl said, “but also not unnecessarily restricting a student-athlete’s rights beyond those of a typical college student.”