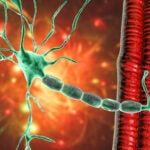 Forgetting a child in the car is a parent’s worst nightmare, but some experts say our ability to remember even the most crucial tasks can be hijacked by something as simple as a missing cue.

According to Harvard psychologist Daniel L. Schacter, tragic cases of forgotten children started to rise near the turn of the millennium, just as new safety rules began requiring children to be placed in car seats in the back. “You would never think that that could produce a problem with forgetting because the child is no longer visible, but sadly it has,” said Schacter, author of “The Seven Sins of Memory: How the Mind Forgets and Remembers.” His 2001 work, based on his research into memory errors, includes a discussion that helps explain how a parent could forget something as essential as taking his or her toddler with them when leaving their vehicle.

“One of the points I made there, and I never imagined it would apply to a situation like this, is that when a retrieval cue is not present at the moment you need it, you can forget almost anything,” said Schacter

To mark the 20th anniversary of his groundbreaking book, Schacter has released an updated version, which includes some of latest thinking on memory research. Much of it revolves around technology, including advanced techniques used to study the brain and whether things like Google and smartphones are affecting our memories. He addressed it all during a recent talk hosted by the Project on Law and Applied Neuroscience, a collaboration between the Center for Law, Brain and Behavior at Massachusetts General Hospital and the Petrie-Flom Center for Health Law Policy, Biotechnology, and Bioethics at Harvard Law School.

For Schacter, Harvard’s William R. Kenan Jr. Professor, fears that technology is crushing our ability to remember are overblown, though he admits it does seem to have some negative impact on “task-specific effects.”

He cited experiments in which people asked to navigate a simulated route using GPS had poorer recall for the route later on than subjects who didn’t use the satellite-based navigation system to follow the same path. But, he said, there is “little evidence” to suggest the use of GPS negatively affects the ability to retain spatial memories in general, and “no evidence” currently to suggest GPS impairs other kinds of recall, such as memory for facts or everyday events.

Advances in technology have also helped researchers better understand the nature of true memories versus false ones, said Schacter, whose updated book includes entries on the research in the past 20 years involving neuroimaging of the brain. Using functional magnetic resonance imaging (fMRI), Schacter and other scientists have studied which parts of the brain light up when someone correctly remembers a word from a spoken list as opposed to a word they incorrectly recalled as being part of the list, using what’s known as the Deese-Roediger-McDermott paradigm.

Schacter found areas of the brain tied to language and auditory processing showed increased activity, “suggesting that, for the words you actually heard, there was some sort of auditory reactivation that left a kind of a sensory signature of the actual experience,” he said. Another study from his lab showed the same was true for areas of the brain associated with visual information, he said, indicating there’s a “visual sensory signature for shapes that you would actually have seen versus similar-looking shapes that you hadn’t seen, but you thought that you did.”

Many think the work could have far-reaching implications. According to the Innocence Project, 69 percent of the nation’s 375 DNA exonerations have involved some form of misidentification. But Schacter doesn’t think the research is ready for the courtroom, in part because such tests are conducted in highly controlled environments and are checking “memory at brief delays,” instead of over much longer periods of time. They are also mostly using undergraduates, compared with a much more diverse population, he said, and taking the average results across groups of people.

Neuroimaging research is also shining a light on how the brain’s process of remembering is connected to the ways in which our complicated neural networks imagine future scenarios, and even create false memories. Schacter pointed to research in which he and psychologist Donna Rose Addis used fMRI technology to observe the areas of the brain that reacted when they asked subjects to both recall something from their past, and to picture a future event.

“The striking thing to come out of this study was that the brain maps look very similar when you remember a past event compared to a control task, or imagine a future event compared to a control task,” said Smith. He and Addis later surmised the brain uses the “flexible retrieval and recombination of elements of stored episodes to construct possible future episodes.”

But sometimes the process results in mis-combining of elements of past experiences. There is some fMRI evidence, Schacter said, that demonstrates how “this episodic recombination process results in the reinstatement of false neural patterns that can fool us into thinking that we’ve experienced an event that we have not.”