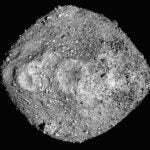 Testosterone’s wide-reaching effects occur not just in the human body, but across society, powering acts of aggression, violence, and the large disparity in their commission between men and women, according to Harvard human evolutionary biologist Carole Hooven.

Hooven, lecturer and co-director of undergraduate studies in Human Evolutionary Biology, waded directly into the nature versus nurture debate Thursday evening, laying out her case for the hormone’s function as a foundation for aspects of male behavior. She traced the role of testosterone in the natural world, pointing out its role in differentiating males from females across the animal kingdom. Its far higher levels in males — 10 to 20 times that in females — act as a switch that turns on genes, creating stronger, more heavily muscled individuals, along with more aggressive behavior.

From an evolutionary standpoint, the reason for these differences is the biological imperative to mate, said Hooven, whose recent book, “T: The Story of Testosterone, the Hormone that Dominates and Divides Us,” was published in July. She pointed to examples such as the rutting behavior of male deer, whose seasonal testosterone surges cause changes that are both physiological and behavioral, including aggression that causes males to clash for the right to mate with nearby females and the growth of antlers which serve as weapons in those battles.

“What is testosterone? It is evolution’s tool to help male animals convert energy into offspring, which often requires aggression,” Hooven said.

Hooven delivered an online lecture and fielded questions from Daniel Gilbert, Harvard’s Edgar Pierce Professor of Psychology. She said she first began thinking of doing research on these differences during an eight-month visit in the late 1990s to the Kibale Chimpanzee Project in Uganda, founded by Richard Wrangham, Harvard’s Ruth Moore Research Professor of Biological Anthropology. Her time there was cut short by unrest in the region, but it was long enough for her to spend a lot of it observing chimps in their natural environment, including an episode in which a large male beat a female with a stick for nine minutes as the female shielded her infant. That and other episodes, Hooven said, provided examples of parallels between violence among chimps — also largely perpetrated by males — and humans.

In human development, Hooven said, testosterone levels reach peaks in the developing fetus and in infants right after birth. Levels rise again around puberty. Behavioral differences between boys and girls have been documented, she said, with boys gravitating more toward rough and tumble play than girls, an observation which has parallels in the natural world.

In human societies, Hooven said, testosterone’s effects are best seen on a large, rather than an individual, scale. That’s because these effects can vary widely from person to person. For example, even though in most heterosexual couples the male is larger and more muscular, there are many examples where that’s not the case. And many, if not most, individual males are nonviolent, despite national crime statistics that show stark differences in the types of crimes committed by men and women, with vastly more violent crimes, rapes, and murders committed by men. Another wrinkle, she said, is that differences in testosterone levels between males appears to make little difference in factors like sex drive and athletic ability once a certain threshold is reached. The effects are most apparent in the large differences in testosterone levels and behavior between men and women.

Hooven, whose talk was sponsored by the Harvard Museums of Science and Culture, has come under fire from those who argue that behavior — including aggression — is largely learned, its roots being in culture, not biology. They say that emphasizing the role of biology in male aggression could play into the hands of those who believe acts such as attacks and rape should be viewed as less a matter of choice than part of a perpetrator’s nature.

Hooven said the question is an important one and answered that critique by agreeing that culture has a profound effect on behavior. She pointed to the fact that different countries around the world have far different homicide rates, evidence that culture-based attitudes toward violence, which vary from nation to nation, lead to such striking differences. However, Hooven argued, even among countries with very different rates of violence, one thing that is consistent is that in every nation men are the perpetrators far more often than women.

That said, Hooven decried the concept of biological determinism, saying that the existence of these testosterone-based effects should not be an excuse for tolerating aggression, violence, discrimination or other ills. The high stakes, she said, should instead provide a reason to better understand whatever biological underpinnings there are for these behaviors, in order to ultimately arrive at a more effective solution.

“I would argue that both are incredibly important, and in some ways culture is more important than biology,” Hooven said. “We have to start with trying to understand reality. Reality isn’t always comfortable.”