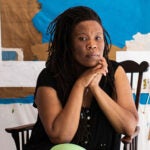 Ayodele Casel discusses her latest production, a blend of dance, music, and song at the American Repertory Theater

Ayodele Casel likes the mantra “tap is magic,” so it’s fitting that the artist’s latest offering, an enchanting blend of music and dance at the American Repertory Theater, is titled “Ayodele Casel: Chasing Magic.”

For Casel, the show’s name is a reference to both her teenage memories of watching Fred Astaire and Ginger Rogers float across the floor in “Top Hat,” “Swing Time,” and “Follow the Fleet,” and her appreciation for tap’s power to connect and transform.

“I became a practitioner of the form and I uncovered and discovered the layers of expression that happen with just two pieces of metal on your feet, the infinite possibilities musically, and the way that you can cover space and make so much sound at the same time. That to me is magic,” said Casel, who took a tap class her first year at New York University’s Tisch School of the Arts and never looked back.

Like much of Casel’s work, “Magic” merges the traditional with the modern. An ensemble piece featuring singers, dancers, and musicians — including vocalist Crystal Monee Hall and percussionist Keisel Jiménez  — the show is an ode to musical stars from Hollywood’s Golden Age, a tribute to jazz, and an embrace of African movement and contemporary dance. It’s also an homage to overlooked tap pioneers and a celebration of collaboration and improvisation.

At one point in “Magic,” Casel takes the stage for an unrehearsed number with her “musical sparring partners” — pianists Anibal Cruz Cesar, who trained at Berklee, and Grammy-winning Arturo O’Farrill, who will replace Cruz later in the run. “It’s completely spontaneous and improvised,” said Casel. “I think that when there is trust involved and there’s a willingness on behalf of both parties to discover something, magic is possible.”

The live stage performance grew out of a video project Casel developed during lockdown. Eager to get back to work, the tap artist didn’t hesitate when New York’s Joyce Theater called in January asking her to create an online show. Working with her longtime director, Torya Beard, she explored ways to lean into what was “actually happening … we had been isolated, I hadn’t seen any of my friends, we hadn’t been dancing, or involved in any kind of rehearsal process in a year,” said Casel, who called some of those talented friends to help her.

“I assembled a group of superheroes who would shine their power into the space.”

But even superheroes have to work hard. Casel sent the cast videos of her vision for certain pieces in the show, and they learned the choreography on their own. When they were finally able to rehearse together, sparks flew. “It came together so fast and I think in a way maybe that is also what contributed to capturing lightning in a bottle,” said Casel.

Not long after the virtual work’s March debut, the A.R.T. expressed interest in a live version. For the past few months, Casel, Beard, and the cast have been fine-tuning in New York, adjusting to the theater as it is during COVID-19 — testing regularly and rehearsing with masks. They’ve also been tweaking the performance for a live audience. 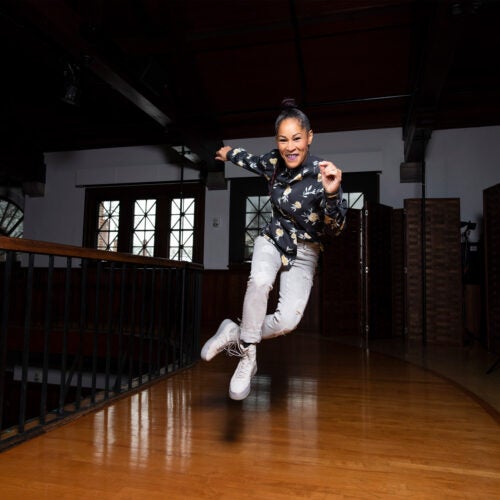 “Torya and I have been working on transitions and what those look like, which is kind of exciting because it allows us to give more context to what you are about to see,” said Casel. “It has been nice to discover that in the room together.”

Born in New York, Casel, who was the 2018‒2019 Frances B. Cashin Fellow at Harvard’s Radcliffe Institute, spent several years in Puerto Rico as a child before moving back to the Bronx. Making the transition from English to Spanish and back to English challenged her ability to express herself, she says. When she found tap as a creative outlet, she realized people were listening without her having to say a word. In her current work, Casel hopes to express gratitude to audience members and encourage them to connect.

“I want all of us to be continually inspired by the connection with other people, to appreciate it and to lean into it,” said Casel. “I just feel like life is long, but can also be very short, and while we are here, we need to just really lean fully into our relationships and our instincts and to live without hesitation.”