Power can be abused, scholars say, or harnessed for the greater good 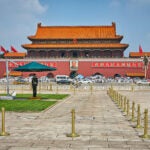 New book looks at the need for collective action

Power is often viewed as something held by a few at the expense of the many. But in a new book, “Power, for All: How It Really Works and Why It’s Everyone’s Business,” Julie Battilana and Tiziana Casciaro argue that power is available to everyone and is a necessary force for change. The Gazette recently spoke to Battilana, the Joseph C. Wilson Professor of Business Administration at Harvard Business School and the Alan L. Gleitsman Professor of Social Innovation at the Harvard Kennedy School, and Casciaro, professor of organizational behavior at the Rotman School of Management and the Marcel Desautels Chair in Integrative Thinking at the University of Toronto, about their call for a democratized vision of power.

GAZETTE: People commonly associate power with greed, corruption, and inequality. Where does this come from, and why is it misguided?

BATTILANA: Tiziana and I have conducted research on power and change around the world. And on this journey, we’ve found strikingly common misconceptions in how people think about power. One of the most widespread is that power is dirty, and that acquiring and using it necessarily involves manipulation. So one question is: Why is this fallacy so widespread? If we look back in history and around us today, examples of people using power in dirty ways abound. Yet, from research, we also know human beings have a tendency toward a negativity bias, which causes us to pay much greater attention to negative events. Stories and experiences of power abuse are more salient to us than stories of power being used for good, even though it also happens all the time.

To address this fallacy, we need to step back and ask ourselves: What is power? Power is the ability of an individual or a group to influence another individual or group. Power is not inherently dirty; it’s in fact the force you need to make any kind of change happen. Whether it becomes dirty in our hands depends on how we gain power, how we behave to keep it, and for what purpose. In our book we share a research-based model of personal development that helps people understand what they can do to engage cleanly and positively with power at both the individual and collective levels.

CASCIARO: The best known book on power, Machiavelli’s “The Prince,” has gone down in history and is still remembered for sayings like “The ends justify the means.” So the negative side, the manipulative side of the leader — the prince figure — is what still resonates with people. It’s of evolutionary importance to us to see the negative side of power — if we don’t respond to negative events, they can kill us. It’s also intrinsic to power that it can in fact corrupt. Yet power remains a fundamental source of energy for any kind of human behavior, including moral behavior. The question becomes, how do we exercise power in a way that emphasizes the good and minimizes the bad? And our model speaks to the development that each one of us can engage in to curb the nefarious effects that power has on our psychology.

GAZETTE: So how do we guard against abuses of power?

CASCIARO: Power tends to have two bad effects on people. One is the poison of hubris, or overconfidence, such that a person is extremely sure of what they do and the actions they take. The second poison is self-absorption — people in power become interested only in themselves and insensitive to the needs and emotions of others. We have two antidotes to these poisons. The antidote to hubris is the humility that comes from recognizing the impermanence of our successes and even of our lives. Once we are in touch with the fact that all the things that we care about are fleeting, we become much more aware of the limitations of our knowledge, and that we need other people. On the side of self-focus, the antidote is empathy. It comes to us through a recognition of how interdependent we are with everybody else around us.

GAZETTE: Is there a way to cultivate humility and empathy?

CASCIARO: There are many. One example of an effective mechanism that many organizations use to cultivate empathy is to put people in jobs and roles that are not their own to understand what life is like from the perspective of other people who work and live in those jobs and roles. For instance, a telecommunications company might have a newly hired manager work for eight months as an agent at its call center. These businesses want a manager who knows what it feels like to be on the receiving end of an angry customer, to not feel like you can actually help them. It’s a very humbling experience and one that creates empathy for the lives of workers who are at lower levels than you in the organization.

GAZETTE: You say another common misconception is that authority equals power.

BATTILANA: Authority and power are not the same. To understand the difference, we need to understand the fundamentals of power. Power derives from control over access to valued resources. I have power over you if I control access to resources you value. And vice versa. But we human beings do not only value money or material possessions. We also value psychological resources such as affiliation and recognition and the belief that we are acting morally. Understanding the fundamentals of power allows us to see the difference between power and authority. Authority is the formal right to give orders and commands and as such is a source of power if it enables you to control access to resources that others value. But authority is no guarantee of power. And you do not need to be high in the hierarchy to have power. For example, in our research, we find that the most effective changemakers in organizations are not necessarily the people at the top, but instead those whom others go for advice.

GAZETTE: You argue that assuming power is a “thing” one possesses is actually dangerous.

BATTILANA: The danger of this misconception is that those who have power might tend to believe that they own it and that it belongs to them, which then opens the door to hubris and power abuse. And on the other side of the spectrum, those who don’t feel powerful can start thinking that power is just not for them. Tiziana and I have come to worry about the implications of this misconception, because individually it leads to frustration, causing people to disengage. And on a group or societal level, if we misunderstand power, we compromise our ability to collectively get organized to resist power abuses when they emerge.

GAZETTE: But can someone lacking wealth and social status realistically hope to access power?

CASCIARO: No question people value money and social status, and both of those things help people fulfill the fundamental human needs for safety and self-esteem. But people also value a sense of achievement, of progress, of autonomy, affiliation, and a sense of morality. And if you are able to offer those things to the person in front you, you will be able to make up for the lack of wealth and social status to some extent. And collectively, when we lack wealth and social status, we need to join our power with the power of other people.

BATTILANA: History has shown us how much we can accomplish through collective action. In our research, we identify three different roles essential to effecting changes that challenge the status quo and the power distribution in society — agitators, innovators, and orchestrators. Agitators speak out against the status quo and raise public awareness of the problem. Innovators come up with novel solutions to address the problem. Orchestrators help implement these new solutions at scale and ensure they are adopted. There is a role we can each play to advance the causes about which we care.

GAZETTE: You cite young climate-change activists as a model for how to obtain and wield power. What can we learn from them?

BATTILANA: When the young climate activists launched the Fridays for Future movement, they had no easy access to financial resources or mainstream media. So they had to find creative ways to influence adults and push them to action. They did so by calling the adults out for doing little to nothing about climate and highlighting the cost of inaction. So for their self-esteem and to protect their children and their grandchildren from harm, the adults needed to act. Through their peaceful protests across the world in 2019, the young activists brought a lot of attention to the climate crisis. But agitation is not enough, because agitation without innovation is a set of complaints without a way forward. And innovation without orchestration is a set of ideas without impact. The young climate activists, I think, are very aware of the need to move beyond agitation. They’ve developed connections with experts, scientists, and public authorities to support innovations and participate in orchestration.

GAZETTE: Power seems so entrenched in American society now. How hopeful are you that that dynamic can change?

BATTILANA: We are facing a multidimensional crisis that’s not only a health crisis related to the pandemic, but also an economic and social crisis characterized by rising inequality, and an environmental crisis. I think a common cause of these crises is neoliberalism. We’ve developed a system that is increasingly unequal and destroying the planet. But given the urgency of the climate crisis now, there’s reason to believe many of the conditions are there for all of us to realize the need to take action and challenge the status quo. History shows that crises are moments that compel us to work together to push for change. After all, the existing power hierarchies were created by human beings, and what we created, we can also change. So the question now is: Are we going to take advantage of this crisis and dare to change our system? Agitation against the status quo is vibrant, and innovators, such as social entrepreneurs, have come up with alternative ways of organizing and doing business. The challenge is now to orchestrate. This is no easy feat, but the conditions are there for change to happen. So I’m cautiously hopeful.

CASCIARO: The reason we are seeing such entrenched power is that we have lost civic awareness, democratic competencies. We have not cultivated people’s understanding, for example, of why it is that we need voting rights for everyone. What makes us a little bit more optimistic is that we are seeing many more in the younger generation becoming more aware of the fact that we cannot allow our world to be so imbalanced and entrenched.