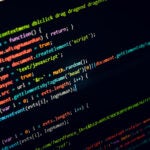 Guido Guidotti, Higgins Professor of Biochemistry, taught hundreds of students during more than 60 years of research and teaching. “The ultimate mentor and scientist,” Guidotti rarely took credit for his work and instead devoted himself to empowering his students in their own research.

“He was modest and thoughtful and supportive and cheerful and enthusiastic and [he] didn’t take credit for things that he could easily have taken credit for. He didn’t care about the credit,” said his wife, Nancy Kleckner, Herchel Smith Professor of Molecular Biology.

Guidotti was born on Nov. 3, 1933, in Florence, Italy. His early life was spent in Naples, where he proved to be a gifted student despite the effects of World War II.

Guidotti died April 5 in Newton, Massachusetts, following a long battle with prostate cancer. He was 87.

During his 58 years at Harvard, Guidotti mentored dozens of young researchers who passed through his lab and was a beloved teacher to undergraduate students. In 2000, he received the Phi Beta Kappa Prize for Excellence in Teaching.

Former students and colleagues remembered him as an inquisitive scientist, who encouraged students to think outside the box, and most of all, welcomed them as part of his family. Many recounted watching soccer in Guidotti’s laboratory and having invigorating discussions on science and politics.

Rajeev Malhotra, an assistant professor at Harvard Medical School and cardiologist at Massachusetts General Hospital, met Guidotti as an undergraduate in 1998 when he took Guidotti’s biochemistry course. Malhotra later joined Guidotti’s lab and the two worked on the enzyme CD39, which acts on the cell surface to hydrolyze ATP, and studied how nucleotides such as ATP could cross the cell membrane from the intracellular space to the extracellular space.

One of Guidotti’s most important findings was the discovery that CD39, which plays a central role in brain function, blood clotting, immunity, inflammation, and other basic physiological processes, was a divalent cation-stimulated ecto-ATPase. Guidotti and Malhotra’s work on CD39 would continue until Guidotti’s death.

“In the few months before he passed away — sort of like coming full circle — this pathway that we had been working on when I was an undergraduate, CD39, now has been shown to be relevant in cardiovascular disease, specifically atherosclerosis, which is plaque formation on the blood vessel wall that can lead to heart attacks and stroke,” Malhotra said.

“Infants who are born with defects in this pathway develop severe vascular disease. The plan was to work with Guido to develop a gene therapy to replace this enzyme as a therapeutic for this condition,” he continued. “Unfortunately, it won’t be the same without Guido to help guide the collaboration; but we are carrying on the project and his legacy, all based on his initial work, and that has special meaning for me.”

Guidotti helped jump-start several careers, including that of John Pringle, professor of genetics at Stanford School of Medicine. Pringle, who was Guidotti’s second graduate student, worked on cell biology and yeast in Guidotti’s lab. He credited Guidotti’s caring guidance for his successful career in genetics research.

“None of that would have been possible without Guido,” Pringle said. “I can’t even talk about it without starting to choke up because it was so important to me. As a difficult young man, as I look back on it, I realize that his patience and tolerance were what made it possible for me to survive, and ultimately prosper.”

Vicki Sato, chairman of VIRbio and Denali and former professor of the practice in biochemistry, also met Guidotti as an undergrad. She audited several of his classes — even bringing her mother to one class — and had Guidotti serve on her Ph.D. thesis committee. Sato would return to Harvard as Guidotti’s colleague, but she said that did not affect their relationship.

“Our relationship stayed much the same across this range of student to colleague, and I think it’s because he was, as a scientist, such an egalitarian person,” she said.

For Guidotti, everyone in his lab was an equal, Sato said, “It didn’t matter what your rank was in the lab. It didn’t matter want your title was, he viewed you as an individual and as a scientist and as a colleague.”

Along with his wife, Guidotti is survived by a son and daughter-in-law, a grandson, and a brother.