When the U.S. health care system met the comic book 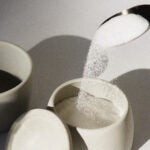 James Sturm has spent his life crafting comics, from a miniseries on the lives of Marvel superheroes to history-themed graphic novels. But following the fraught 2016 presidential election, Sturm turned his attention to a different kind of storyline.

“It seemed as if the very idea of democracy was under assault and at that point I just wondered ‘What can I do as a cartoonist, that is my civic duty, with the skills that I have?’” said Sturm, founder of the Center for Cartoon Studies (CCS) in White River Junction, Vermont, and the 2020-21 Mary I. Bunting Institute Fellow at Harvard Radcliffe Institute.

His answer? Work with some like-minded artists on a 32-page illustrated primer on the nation’s political system titled “This Is What Democracy Looks Like: A Graphic Guide to Governance.” The booklet became a popular teaching tool in classrooms across the country, with copies shipped to schools in more than a dozen states and distributed to teachers at summer conferences and various other educational and literacy events. It also inspired Sturm’s recent Radcliffe project: a comic book aimed at demystifying the nation’s health care system, a horrendously complex industry affecting millions of Americans each year.

“As more people are putting material out there and addressing this issue, the hope is that there is some kind of inflection point,” said Sturm of his latest effort, a collaboration with a graduate student from CCS and several Harvard College students. “Our job was to make this comic as accessible and clear and accurate and engaging as possible, and my hope is that ‘Health and Wealth’ proves useful to organizations who are advocating for health care reform.”

The 32-page graphic guide addresses a range of topics, including the earliest days of Medicare, a history of the hospital, and the convoluted way patients are billed for services depending on how doctors and insurers choose to describe procedures. “It’s really Orwellian,” said Sturm. “Thousands of dollars depend on what word you use.”

The research has already paid off for Sturm, who was able to reduce a recent $3,000 medical bill for an eye procedure to less than $1,000 by negotiating with the hospital over the phone. But Sturm knows most people don’t have any idea how to navigate the system, and that bartering isn’t a sustainable fix. That’s where the comic comes in. “The system is complex and secretive and cruel,” said Sturm, “and the more it remains in the dark the longer it can operate.”

During the semester Sturm and a team of College students who were part of Radcliffe Research Partnerships program dove into the literature. They read “American Sickness: How Healthcare Became Big Business and How You Can Take It Back” by Elisabeth Rosenthal, listened to health-care-related podcasts, and pored over articles on the U.S. health care system.

“I can’t say enough about working with the students. They were so enthusiastic. They brought so much knowledge, and they were so supportive of a creative process that can sometimes result in dead ends,” said Sturm. “But they just buckled in and were just so great, from research to sketching out pages to copy editing.”

One of those students was Marissa Diggs ’22, a history of science concentrator with plans for medical school. As a child Diggs was diagnosed with Kawasaki disease, an inflammatory condition that can affect the arteries of the heart. In the ensuing years, precautionary heart scans every several years have been accompanied by her fears about rising costs. “There’s just so much anxiety that follows from not understanding the system that is so essential for your health and well-being,” said Diggs, who sees Sturm’s project as a way to shine some much-needed light on a poorly understood system.

A self-described “visual person,” Diggs also embraced the chance to put her drawing skills to the test. Sturm encouraged the students to develop a visual plan for the comic, no matter how basic, stick figures welcome. Every iteration helped inform the final product. “I think that that was probably what I enjoyed most about the project, getting to explore that side in parallel to doing the research in the history of medicine that I love,” said Diggs.

“This project was just so interesting to me, because it was using the idea of art to talk about something that’s really important, and so necessary,” said Yi, who is also a history of science concentrator on a premed track. “It’s kind of hard to go online and read the things that we really need to hear. Having this comic combines the best of both worlds, of literature and of science, enabling us to think about things that are really important.”

Together the team also developed a GoFundMe page to pay for printed copies of the comic that they plan to deliver to every member of Congress. “So much of this stuff is a moral issue,” said Sturm. “And ultimately, the book is framed as such.” But it’s done with a clever, comic eye, he added, and conveys an important message without being too strident.

The book’s final visual look is informed by the Schoolhouse Rock! videos — a series of explainer animated shorts for children popular in the 1970s and ’80s that covered topics such as government, science, history and math — retro board games like Monopoly and Operation, and the work of American author and illustrator Richard Scarry, a master at “explaining complicated things very clearly,” said Sturm.

“There’s some fun stuff you can do using this style that you might not be able to do otherwise,” said Sturm. “It’s kind of like a court jester who reveals a truth.”

To download a free copy visit “Health and Wealth.”